A new Russian law bans the use of cryptocurrency for the purchasing goods and services.

Russia President Vladimir Putin has signed a law banning digital payments across the nation, according to a policy amendment. 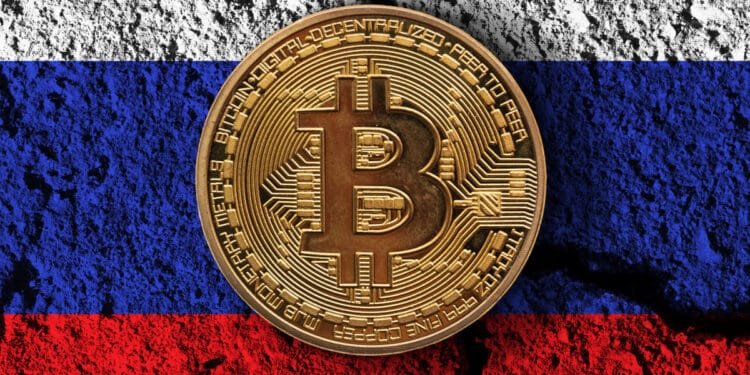 This action comes after the Russian Central Bank advocated an outright ban on the use of cryptocurrencies for payments or investments.

According to reports, the legislation will prohibit the transfer or acceptance of “digital financial assets as a consideration for transferred goods, performed works, rendered services, as well as in any other way that allows one to assume payment for goods (works, services) by a digital financial asset, except as otherwise provided by federal laws,” effectively prohibiting the use of crypto or NFTs as payment methods.

Anatoly Aksakov, the head of the State Duma’s Committee on Financial Markets, introduced the measure in June, and Putin signed it into law on Friday. The new law also contains a clause requiring crypto exchanges and providers to prohibit transactions in which digital assets might be used as payment.

The Russian government has experienced internal struggle over cryptocurrency legislation, with multiple authorities at war over whether to outright prohibit cryptocurrency or simply regulate it. In January, the Central Bank of Russia proposed a crypto prohibition, which the Ministry of Finance rejected, claiming that “regulation is adequate to safeguard our population.”

While it forbids people and businesses from paying for and receiving cryptocurrencies in exchange for goods and services, it permits the Russian government to do so.

It also does not forbid investment in cryptocurrencies or digital assets such as NFT, leaving that option open for the time being.

Following the imposition of stringent sanctions on Russia in the aftermath of its invasion of Ukraine, Reuters reported in May that Russia’s central bank planned to enable the use of cryptocurrencies for international payments in the framework of global trade.

Major exchanges have obeyed with US sanctions by suspending sanctioned customers’ accounts. Binance has terminated the accounts of a few people with familial links to key Russian authorities.

According to Reuters, Russia is also working on system enhancements to identify participants in blockchain transactions. Blockchains, such as Bitcoin, record transactions on a visible, immutable ledger, but wallet holders’ particular identities are pseudonymous, making monitoring impossible.

While Moscow has expressed an interest in regulating digital assets, the Bank of Russia has previously proposed a complete ban on trade and mining, citing financial stability concerns. The central bank allegedly stated in May that the threat of cryptocurrency to the country’s economy had diminished since Russian banks had sufficient foreign money moving forward.

According to the Russian legislative support system website, Russian President Vladimir Putin signed a federal law prohibiting the use of digital financial assets as a form of payment yesterday.

Digital assets and digital rights are no longer regarded as “monetary surrogates” under the new law, and hence cannot be used to pay for goods and services. Other monetary units are likewise prohibited, cementing the ruble’s position as the sole legally acknowledged currency inside the Russian Federation.

Exchange operators and firms will be held accountable for any violations, ensuring compliance. Under Russian law, such operators are deemed “subjects of the national payment system” and must follow restrictions that, among other things, limit the types of transactions they may undertake and prohibit them from offering leverage and yield products to their consumers.

Financial assets can now be bought directly by the Russian government without the involvement or agreement of the exchange. Securities that support digital assets may likewise be lawfully cancelled without prior notification to asset holders.

Russia has had an equivocal attitude on cryptocurrency. The Russian central bank stated in May that it was open to the concept of utilising cryptocurrencies for international settlements, but not necessarily for domestic settlements. Russia’s Minister of Industry and Trade, on the other hand, has claimed that crypto payments would be legalised “sooner or later in one format or another.”

Russians living abroad may not have increased access to cryptocurrencies, since sanctions have prevented certain crypto exchanges from serving Russian people in the European Union.

Exchange operators and firms will be held accountable for any violations, ensuring compliance. Under Russian law, such operators are deemed “subjects of the national payment system” and must follow restrictions that, among other things, limit the types of transactions they may undertake and prohibit them from offering leverage and yield products to their consumers.

Financial assets can now be bought directly by the Russian government without the involvement or agreement of the exchange. Securities that support digital assets may likewise be lawfully cancelled without prior notification to asset holders.

The Bank of Russia advocated an outright ban on cryptocurrency in January, either for payments or investments. The updated law does not go quite that far, but in February, Russia’s Finance Ministry did present to the government a draught of cryptocurrency laws, which allows for investment in digital assets like Bitcoin or Ether but not utilising them to buy goods.

Crypto is already a divisive subject in Russia, with numerous groups inside the government debating whether to regulate or outlaw it. Protocol previously reported on the government’s dispute about what to do with bitcoin in January. The Central Bank of Russia has called for a crypto ban, while the Ministry of Finance has said that present regulations are sufficient and required to allow crypto technology to thrive.