In 1994, Jeff Bezos launched Amazon as an internet bookseller from his Seattle garage. He's leaving a $1.7 trillion retail-to-tech juggernaut in his wake. 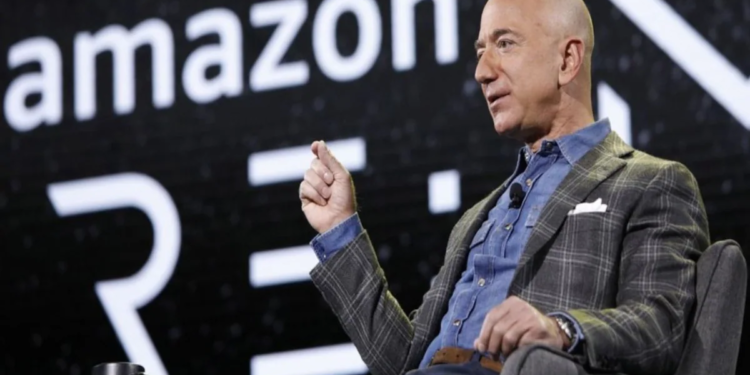 As Jeff Bezos retires from an active role at Amazon, a company he began on this day in 1994 out of his garage in Seattle, to a non-operational one as Executive Chair, it is certainly the end of an era.

Andy Jassy, the CEO of Amazon Web Services, will take over as CEO of the retail-to-tech conglomerate. Jassy is an Amazon veteran who has played a key role in the company’s transformation into a worldwide technological powerhouse. AWS now generates 52 percent of Amazon’s revenue.

Earlier in the year, when Bezos announced his decision to step down, he stated, “Being the CEO of Amazon is a deep responsibility, and it’s consuming. When you have a responsibility like that, it’s hard to put attention to anything else. As Executive Chair, I will continue to be involved in key Amazon efforts while also having the time and energy to devote to the Day 1 Fund, the Bezos Earth Fund, Blue Origin, The Washington Post, and other interests.”

27 years of Jeff Bezos in Amazon

“I’ve never felt more energized in my life, and I’m not talking about retirement. I’m quite enthusiastic about the potential influence that these organizations can have “he stated. Bezos has transformed Amazon from an online bookstore to “The Everything Store” and a $1.7 trillion diversified giant in the last 27 years.

He used to pack book orders himself and drive them to the post office in the early days of Amazon. After the outbreak, Amazon stock rose 86 percent, making Bezos the first person in history to create a $200 billion fortune.

With Amazon Inc., where he is the largest stakeholder, accounting for 90% of his fortune, Bezos’ net worth increased by about $90 billion last year. He presently owns approximately 11% of Amazon’s stock. His departure is part of a rising trend in Silicon Valley of non-founder CEOs leading massive tech companies. Consider Apple’s Tim Cook, Microsoft’s Satya Nadella, and Google’s Sundar Pichai.

“Amazon is in a fantastic position for the future. We’re blazing on all cylinders, which is exactly what the world requires. In his February letter to staff, Bezos stated, “We have things in the pipeline that will continue to astound.”

The 57-year-old will devote his time and energy to his private space exploration company and charity endeavors. On July 20, he’ll fly into suborbital space as part of Blue Origin’s first crewed trip. There’s also Bezos’ Day 1 fund, which he announced in 2018.

The $2 billion plan aims to create a “network of new, non-profit, tier-one preschools in low-income neighborhoods.” Bezos noted at the time of the fund’s launch that it gave him an “opportunity to learn, develop, and improve.”

From small beginnings to becoming the world’s largest retailer – Amazon

In 1995, Jeff Bezos began Amazon as an online bookstore, but it quickly grew into a fast-growing online retailer for nearly any commodity, from electronics to diapers. The company quickly rose to become the largest internet retailer in the world.

The firm comfortably sailed through the dot-com bubble crash in the early 2000s under Bezos’ leadership, and then entered an era of merciless expansion, spreading its impact far beyond Internet commerce. Amazon currently has a significant presence in grocery stores, cloud computing, smart gadgets, filmmaking, and even fashion labels, in addition to online commerce.

Bezos notified his staff of his plans to step down and pass over the keys to Jassy on February 2, 2021, earlier this year. He had stated that this will free him to focus on other projects, such as his climate change philanthropy endeavors and his space exploration business Blue Origin.

He had stated that this was not a retirement situation. Bezos noted that his replacement, Andy Jassy, has been at Amazon almost as long as he has. Andy Jassy has his entire backing, and he is confident that he will be an outstanding leader. Amazon’s top shareholder, Jeff Bezos, will stay so.

Andy Jassy started Amazon in 1997 and has since held many leadership positions across the company, including both B2B and B2C. Later, he was named the CEO of Amazon Web Services. AWS, Amazon’s cloud division, is thought to account for nearly half of the company’s revenue. In the March quarter of this year, the platform had a $54 billion annualized run rate, representing a 32 percent year-over-year increase.