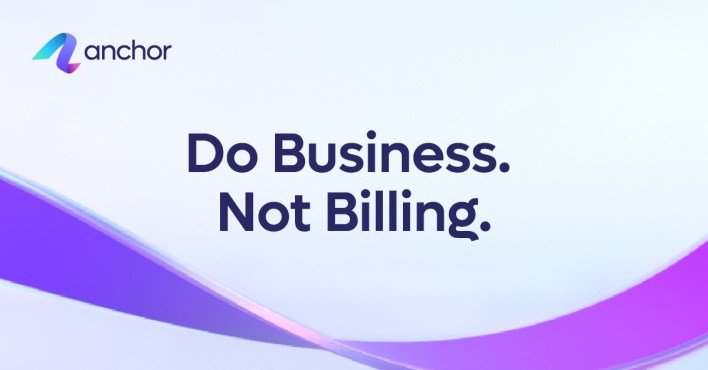 Businesses frequently spend excessive time pursuing past-due payments, which diverts attention from their primary companies and creates cash flow concerns. Time wastage and other difficulties encountered during payment collection are primarily the results of a reliance on manual billing cycles and processes that are arduous, time-consuming, and prone to errors and fraud. These are the gaps that Anchor, a US firm with an R&D center in Israel, is attempting to close.

Anchor stated today that it would accelerate its growth by increasing its workforce, partnering with additional clients, and beginning a marketing campaign following its $15 million seed fundraising round.

According to Rom Lakritz, co-founder and CEO of Anchor, today marks the start of the next payments revolution, which will render present B2B payment processes obsolete and redefine how billing, collections, and payments should look in the modern world. They were determined to create a solution that fosters trust in vendor/client interactions and eliminates invoice fraud and human mistakes.

According to Lakritz, this will enable autonomous money flows between service providers and organizations of all sizes. They intend for Anchor to become an essential part and the gold standard for how firms conduct themselves within a few years.

Rapyd CEO Arik Shtilman stated that they quickly saw Anchor as a firm they wanted to invest in. Shtilman stated, “It has its finger on the pulse of the future of the payments and has designed a modern framework for B2B payments and billing that is poised to become a necessity for every firm.”

Anchor’s platform connects businesses and their clients via a ‘live online agreement.’ At the same time, its self-executing end-to-end billing and payments solution takes care of vendor and client agreements, as well as invoicing, payment, and reconciliation.

The startup’s system enables integration with the client’s payment information and the service provider’s technology. If the service is supplied or the bill is due, the contracts automatically generate and issue invoices. According to Avi Eyal, co-founder and managing partner of Entrée Capital, the B2B payments industry is highly fragmented due to the specialized nature of each vertical.

Anchor has seized a once-in-a-generation opportunity, according to Eyal, and they believe it will go on to become a dominant player in the market as a result of the deployment of its solutions to thousands of service-oriented firms.

Cash flow issues are the most significant hindrance to growth, particularly for small and medium-sized businesses worldwide. Nonetheless, late payments are the primary reason many small firms – the backbone of most economies — encounter cash flow difficulties. Small enterprises account for 44% of economic activity in the United States.

According to a survey conducted by Melio and YouGov, most businesses in the United States encounter late payments, with 25 of the companies surveyed reporting that they are forced to wait up to 30 days past the payment due date – making it difficult for them to remain open. However, these obstacles can be overcome with the use of technology.

He expressed his belief that the difficulties associated with billing and collections, which make paying a vendor a time-consuming procedure, arise from the human factor. And that if individuals could trust the invoices they receive from service providers in the same way they accept machine-generated invoices from their Spotify and Amazon accounts, invoicing and payments would become painless. Cash would flow freely in a market worth over $120 trillion annually.