Universal Control is included in Apple's most recent developer betas for iPadOS and macOS Monterey, indicating that the long-awaited feature may be released soon. 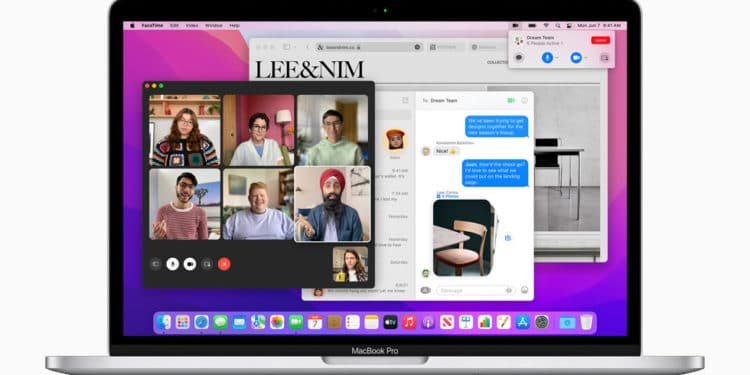 Universal Control is included in Apple’s latest developer betas for iPadOS and macOS Monterey, hinting that the long-awaited feature may finally be released shortly. Apple unveiled Universal Control at WWDC 2021 in June. It is an impressive-looking feature that enables you to use Mac’s keyboard and mouse with an iPad just by placing the iPad next to the computer. On the other hand, Universal Control appears to have been more ambitious than Apple imagined since it has already missed a fall release date, is now scheduled to arrive this spring and hadn’t even been in betas until Thursday.

MacRumors states that if the iPadOS 15.4 and macOS Monterey 12.3 betas are loaded, Universal Control is enabled by default. The outlet also published an image indicating that three choices related to Universal Control are tagged with a beta designation. Apple did not immediately answer a request for comment about the public availability of iPadOS 15.4 and macOS Monterey 12.3. On Thursday, the firm also published the first beta of iOS 15.4, enabling the use of Face ID while wearing a mask and introducing a new emoji.

How to configure Universal Control on a Mac or an iPad?

Using Universal Control, you may use the same cursor and keyboard on any nearby Mac or iPad that is signed into your iCloud account. Thus, if you have a MacBook Pro and an iPad next to it, you can use your Mac’s trackpad and keyboard to browse the iPad. The same is true for the iPad when connected to a keyboard.

With the launch of Universal Control, you may now drag files from your Mac to your iPad and vice versa; however, you’ll need to have the right app open on your iPad. If you’re moving a photo from a Mac to an iPad, for example, the image must be opened in Photos first – it cannot be placed on the Home screen. Additionally, it’s worth mentioning that Mac trackpad motions do not function on the iPad.

Universal Control should operate automatically after macOS Monterey 12.3 and iPadOS 15.4 are loaded. Still, there are several options you may want to modify or, if you’re not a fan, you may want to disable it. These methods will also assist if it is not switched on for whatever reason.

How to install and configure Universal Control on a Mac:

How to install and configure Universal Control on an iPad: