According analyst Ross Young, Apple's new iMac will use a ProMotion mini-LED display identical to the one seen in the company's recently revealed MacBook Pro laptops. 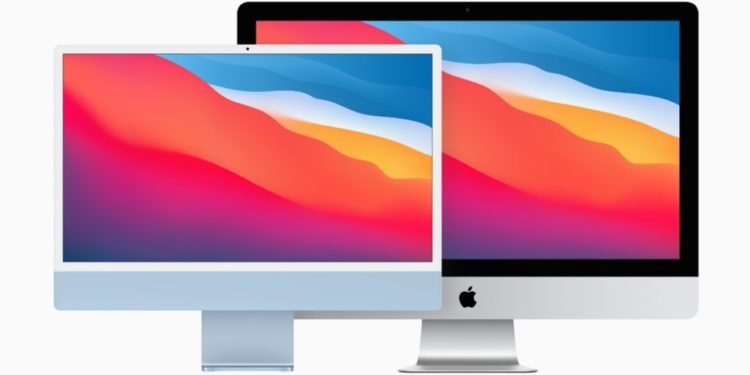 An extremely reliable display analyst predicts that Apple will release its 27-inch iMac as early as the first quarter of 2022. According to display industry analyst Ross Young, Apple’s new iMac will use a ProMotion mini-LED display, which will be identical to the one found in the company’s recently announced MacBook Pro laptops.

Apple’s MacBook Pro, available in 14-inch and 16-inch display sizes, made a dramatic presentation at the Consumer Electronics Show. The company is gradually migrating away from Intel CPUs and toward ARM CPUs, and the present trend implies that the new CPUs will be extended to the 27-inch iMac Pro, Mac mini, and Mac Pro laptops shortly. Moreover, according to Ross Young’s tweet, the 27-inch iMac will have a 120Hz display refresh rate, and it might very well be Apple’s all-in-one solution for those looking for a large display in the high-end segment of the screen sizes.

It appears that the new iMac is a reworking of the recently discontinued iMac Pro, although there are still several mysteries about the device thus far. Additionally, it will provide specific enhancements over current models or bring it up to par with the critical qualities of existing models, depending on the situation. Apple is enhancing current models, including the 27-inch iMac, which the M1 Max chipset could power.

It is not known how accurate the display analyst’s projection on the iMac is at this time. On the other hand, he does have a good track record of making correct predictions over a long period. In its ongoing war against the illegal disclosure of trade secrets by its workers and third parties, Apple has made significant progress. However, the problem has not been rectified even though the organization has put some stringent measures to hunt down and discourage tippers from dealing with such secrets. As a result, it is still unclear if Ross Young’s projection for Q1 2022 will be a significant hit or a huge miss.

Additionally, Apple is expected to unveil the iPhone SE 3 next year. However, a new source has revealed some intriguing data regarding the upcoming iPhone model ahead of its unveiling.

The information was provided by Weibo user @Arsenal (a Chinese microblogging website). Apple’s iPhone SE 3 will maintain an LCD panel. This would make the cellphone the brand’s only smartphone with an LCD, as the brand’s current iPhone 13 series includes OLED panels. Numerous firms have recently switched to OLED panels, which have become the de facto standard for luxury smartphones.

Additionally, the informant added that the iPhone’s small LCD panel would reduce its price. According to rumors, the next-generation iPhone SE 3 will be built on the same chassis as the previous iPhone XR model and powered by the A15 Bionic processor. This is comparable to the last generation of the iPhone SE 2, based on the iPhone 8. According to the source, it will be available in a range of storage sizes, including 64GB, 128GB, and 256GB. As this is an unfounded report, proceed with caution and check back for updates as additional information becomes available.