Data.World raises $50 million to assist businesses in organising and tracking their data

Data.World is an enterprise data catalogue – an inventory of an organization's data assets. It explains how data is saved, how data sources are located, who has access to the sources, and who is accountable for the data. 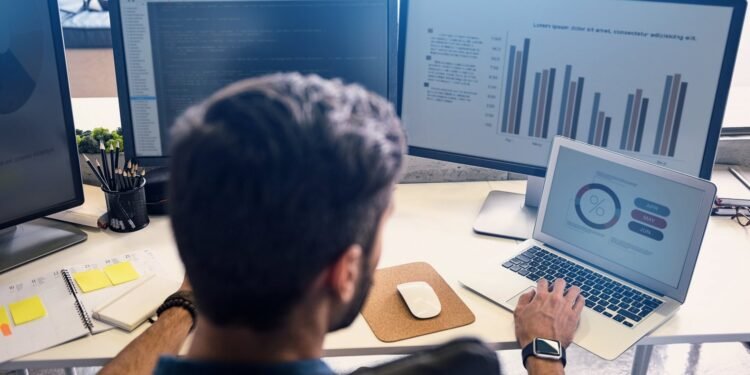 Despite widespread recognition of data’s criticality to enterprises, corporate data is frequently segregated, unreconciled, and dispersed across multiple systems, making it difficult to utilise and analyse. According to a 2020 analysis from Seagate and IDC, organisations capture just 56% of the data that may be available via their operations – with 43% of that data being untapped. Meanwhile, Accenture’s study indicates that just 32% of businesses extract “concrete and quantifiable” value from data, while only 27% derive “very actionable” insights and suggestions.

While a single platform is unlikely to address all of the enterprise’s data concerns, entrepreneur Brett Hurt believes his latest startup, Data.World, can affect some change. Data.World, which said today that it has secured $50 million in Series C investment headed by Goldman Sachs, intends to use cloud-based solutions to give enterprise-focused data discovery, data governance, and big data analytics capabilities. Hurt states that the objective of Data.World is to foster collaboration among data scientists, engineers, and researchers, and the company already has more than 1.6 million members across a variety of companies, including the Associated Press and Penguin Random House.

They have always been motivated by the notion that data is the greatest revolutionary force in the industry and has the potential to cause tremendous, good change in business and beyond, Hurt told TechCrunch in an email interview. Historically, data siloing has compelled IT teams to adopt a ‘command and control’ stance. This results in a slew of issues, ranging from excessive expenditure on data centralization efforts to a deterioration of the whole company’s data culture. Data.World addresses these difficulties head-on by mapping siloed data to well-understood business ideas, ensuring that everyone, whether in the C-suite or the IT department, can comprehend and utilise knowledge.

Hurt cofounded Data.World in 2015 with Bryon Jacob, Jon Loyens, and Matt Laessig in Austin, Texas. Hurt began his career at Deloitte as a systems analyst before cofounding Coremetrics, an online analytics platform bought by IBM for around $300 million. In 2005, he co-founded Bazaarvoice, a company that collects data on retail consumers’ buying behaviour.

Data.World is an enterprise data catalogue – an inventory of an organization’s data assets. It explains how data is saved, how data sources are located, who has access to the sources, and who is accountable for the data.

All data catalogues may assist in scanning, profiling, and indexing information while also establishing a chain of custody for data sets (see Google Cloud Data Catalog, Alation Data Catalog, etc.). However, Hurt asserts that Data.World is unique in that it is built on a knowledge graph, a network of interconnected data ideas and entities that gives a “semantically ordered” view of an organization’s data and metadata.

Knowledge graphs are the right architectural foundation for data catalogues, giving value not possible with relational or conventional graph datastores [and] bridging the divide between how data consumers conceptualise their business and how the organisation maintains its data, Hurt said. Knowledge graphs are more adaptable, extendable, and capable of serving as a springboard for sophisticated data initiatives.

Another factor that differentiates Data.World from the competition, in Hurt’s opinion, is its cloud-native, software-as-a-service approach to development. He cites the platform’s newly introduced Kos, an open source metadata format and integration tools aimed at simplifying data modelling. Following user interface upgrades and automated policy management” for sensitive data, a new solution will enable Data.World users to automate some metadata and governance chores.

When challenged about security, Hurt is eager to point out Data.privacy World’s features, saying that the platform can disguise, obscure, or anonymize certain rows or columns in databases. Additionally, he says, Data.World monitors for security and compliance and keeps track of how certain data sets are utilised or searched.

Data.World is a cloud-first organisation that prioritises security. He emphasised that all data transported over the internet is encrypted, as is all client data saved on disc at rest. This includes client-provided files, the application’s database, search indexes, and any locally cached customer data… [The technology] extends beyond metadata governance to provide safe data access and exploration.

Hurt said the current round of investment, which takes Data.total World’s capital to $132.2 million, would be used for “global development, talent acquisition, and product innovation.” The firm plans to roughly treble its current 100-person staff in the next 12 to 18 months as it ramps up its attempts to acquire public sector customers. According to Hurt, Data.existing World’s customers include states, counties, and local government entities.

Enterprises are confronted with a potentially trillion-dollar data problem, and the majority are unsure where to begin, Hurt said, citing a 2021 NewVantage Partners poll that found just 24% of respondents feel their organisations are truly data-driven. They think that CEOs should consider their data supply chain in the same way they would their physical supply chain. This will need investment, but also a culture transformation in the way businesses interpret and cooperate on data.

Apart from the obvious suspects (Google, IBM, and Oracle), Data.World has competition from startups such as Stemma, which secured $4.8 million in June to develop a managed data catalogue platform. Additionally, it faces opposition from elements of the industry who are sceptical that data catalogues are the optimal solution for today’s data-intensive environment.

Investors such as Goldman Sachs’ Mike Reilly, on the other hand, remain firm in their belief that the company has significant runway. He and Hurt both highlight Data.B World’s Corporation and public benefit corporation certifications, which they claim demonstrate the company’s dedication to good industry change. (It’s worth mentioning that B Corporations, a programme operated by the nonprofit B Lab, is fairly contentious, with some detractors accusing it of ethical whitewashing.)

Data.World is at the crossroads of multiple existing trends that are determining the future of data management, according to Reilly. They think they are best-positioned to grab significant market share in the growing, high-growth data catalogue area due to their positioning and product distinctiveness.