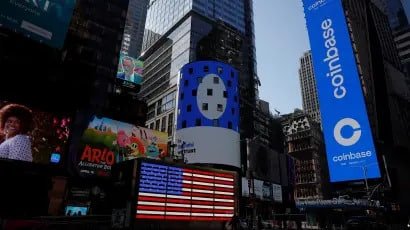 The Securities and Exchange Commission today charged a former Coinbase product manager, his brother, and a friend with insider trading for orchestrating a plan to trade ahead of several announcements about particular crypto assets that would be made accessible for trading on the Coinbase platform. The SEC’s separate filing in the lawsuit indicates the start of a big struggle with crypto businesses about what should be classified as a security.

According to a press announcement, former Coinbase employee Ishan Wahi and his brother Nikhil Wahi were both detained, while their buddy Sameer Ramani was accused but had not been discovered. Ishan Wahi faces two charges of wire fraud conspiracy and two counts of wire fraud, while Nikhil Wahi and Sameer Ramani face one count of wire fraud conspiracy and one count of wire fraud, respectively.
While the DOJ’s allegations do not contain any counts of securities fraud, the SEC has categorised a number of the assets exchanged by the group as crypto asset securities, a designation that would undoubtedly have far-reaching repercussions for the crypto industry if it is upheld.

According to the SEC’s complaint, while working at Coinbase, Ishan Wahi assisted in the coordination of the platform’s public listing announcements, which specified which crypto assets or tokens would be made accessible for trade. According to the SEC’s lawsuit, Coinbase considered such information as secret and advised its workers not to trade or tip others using it. However, from at least June 2021 to April 2022, Ishan routinely tipped the schedule and substance of impending listing announcements to his brother, Nikhil Wahi, and his friend, Sameer Ramani, in violation of his obligations.

Nikhil Wahi and Ramani reportedly acquired at least 25 crypto assets, at least nine of which were securities, before to those disclosures, which frequently resulted in an increase in the assets’ prices, and then typically sold them for a profit immediately after the announcements. The long-running insider trading operation netted more than $1.1 million in illegal profits.

The SEC specifically targets the firms and tokens listed in a 62-page filing, claiming that “Nikhil and Ramani traded in securities subject to federal securities laws because these crypto assets were investment contracts; they were offered and sold to investors who made an investment of money in a common enterprise, with a reasonable expectation of profits to be derived from the efforts of others.”
The SEC’s expanded classification of crypto assets as securities might pose a significant danger to the crypto business, which has gained traction as a result of loosened legal constraints surrounding commodities, which many insiders think tokens should be categorised as. Coinbase responded to the SEC’s complaint by filing a petition to build new frameworks for crypto security requirements.

“We are not concerned with labels, but rather with the economic reality of an offering,” stated Gurbir S. Grewal, Director of the Securities and Exchange Commission’s Division of Enforcement. “In this instance, such facts confirm that some of the crypto assets at issue were securities, and that the defendants participated in conventional insider trading prior to their placement on Coinbase, as charged. Rest assured, regardless of the label applied to the securities concerned, we will continue to provide a level playing field for investors.”

“Over the course of nearly a year, the defendants earned over $1.1 million in illegal profits by engaging in an alleged insider trading scheme that used material, nonpublic information to trade ahead of Coinbase listing announcements,” said Carolyn M. Welshhans, Acting Chief of the Enforcement Division’s Crypto Assets and Cyber Unit. “As today’s case indicates, we will vindicate our purpose by identifying and combating insider trading in securities wherever we find it, whether in shares, options, crypto assets, or other securities.”

Michael Brennan, Jennie B. Krasner, and Gregory Padgett led the SEC’s ongoing investigation, with support from Patrick McCluskey and Donald Battle. Paul Kim, Joseph Sansone, Chief of the Market Abuse Unit, and Ms. Welshhans oversaw the case. Daniel Maher and Peter Lallas will lead the case, which will be overseen by Olivia Choe. The SEC thanks the US Attorney’s Office for the Southern District of New York and the FBI for their help.

The arrests come after a Twitter story in which a crypto celebrity known as Cobie identified a wallet that had been used to purchase a number of cryptocurrencies ahead of the announcement of a Coinbase listing of those assets on its exchange.
An investigation by the Justice Department revealed that Wahi and his accomplices had traded ahead of at least 14 asset listings at Coinbase, making about $1.5 million in profit. According to the news announcement, the gang acquired cryptocurrency using accounts belonging to other persons and transferred assets “through many anonymous Ethereum blockchain wallets.”

Following an inquiry into the trades, Coinbase contacted Ishan Wahi about organising a meeting concerning the asset listing procedure, and Wahi attempted to leave the country but was detained by law authorities before boarding.
This arrest follows that of OpenSea CEO Nate Chastain, who was also accused with insider trading with NFTs in June.