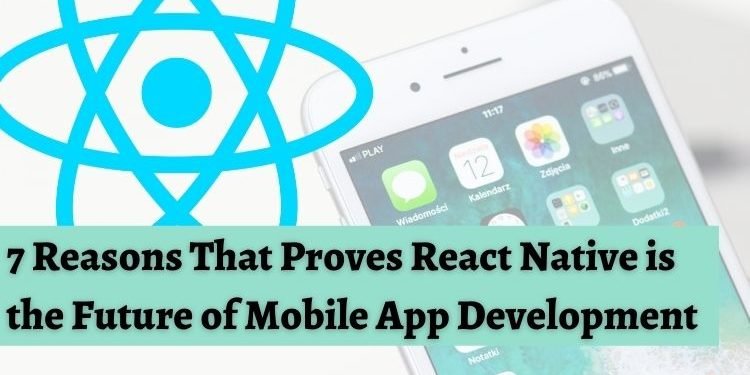 A brief about React Native

Technology has been enriching our lives and enabling us to do it our tasks easily and efficiently. Companies and organizations are discovering new and innovative ways to arouse consumers using the latest technologies that not only drive productivity but also ensure an enriching user experience for the target audience. Mobile app development is now at the pinnacle of success that many companies and organizations are looking forward to bank upon. Creating a mobile app for any kind of business user requirement is now ever so easy than it was before. There are various technologies that one can use to facilitate and create mobile apps.

These technologies not only help to create a rich user interface but also help in increasing the productivity levels of the average programmer. There is one such technology that has helped us reach the forefront of success due to the high number of features and functionalities that it has to provide. We are talking about react-native. Ever since its Inception in 2015, react-native has been slowly and steadily growing in popularity helping programming enthusiasts and app developers create a rich and viable user interface providing efficient levels of engagement and enhanced features

Let us discuss the Seven Reasons that I feel why to React Native is going to be the future of mobile app development.

React-native enables developers and designers to make use of a single code base. What this means is that developers can focus on writing and managing a single file system for the app that they develop. The Framework is designed in such a way that it creates the code required for developing iOS and Android apps. From one core file, you can develop code that runs on IOS and Android simultaneously.

Open source Technologies are now perceived as one of the upcoming technologies that help developers and designers create new and innovative applications. Developers do not have to depend on licensing and extensive expensive subscription fees in order to use the technology for building something. Rather than depending on someone or a particular company Technology, you are exposed to millions of developers and designers looking forward to contributing and improving existing technologies on open source that help create applications that we know today.

Open-source Technologies is favourable because:

Open source means anyone can contribute upliftment and enhancement, as well as reuse and modify the source code without having any kind of restrictions.

Any programmer or developer having prior experience in JavaScript can easily use react-native to develop mobile apps. Development of mobile apps using react native is a breeze mainly because of the use of JavaScript language as it is versatile in nature. There are many things and frameworks developed on top of JavaScript which augment and amplify development efforts. 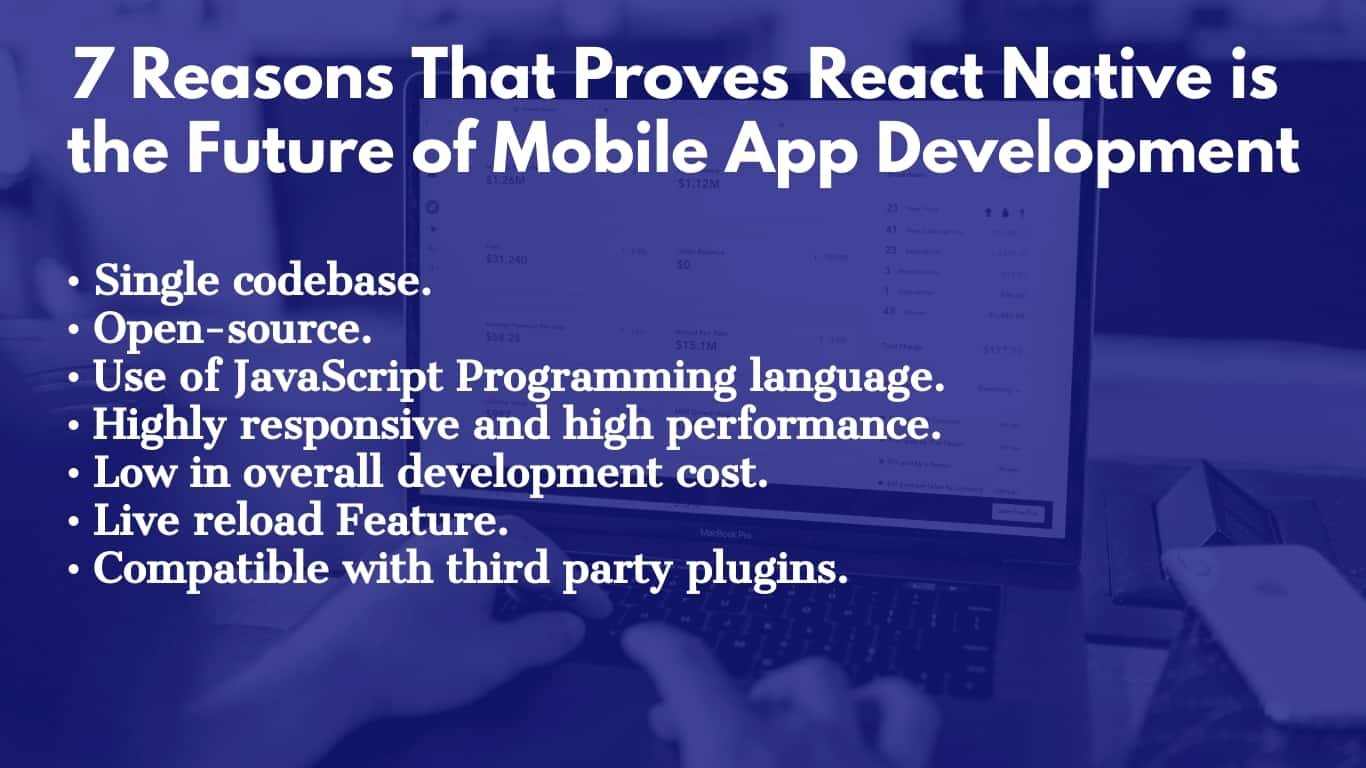 Due to the inherent nature of JavaScript being used as a primary language for developing in react native. React native facilitates high-performance programming and development which makes it the perfect choice for developing native applications for smartphones and mobile devices. React-native also enables developers and programmer to make use of reusable programming that enable them to reuse the components in different applications.

When you make use of react-native you enable yourself to use the same code in both Android and IOS platforms. Due to this, it not only saves time but also saves the efforts of programmers and saves them from writing different code for each platform. Due to the amount of usability and reusability that react native promotes, almost 90% of the code is used for many different applications. This helps in saving the developer’s efforts and this is the process of development and programming.

React-native promotes the feature of the “write once use anywhere” philosophy that helps developers and programmers extensively reuse the code that they create for one application. You can Hire React Native Developer if you are looking to build your application.

The live reload feature is similar to what other cross-platform frameworks have to offer. Programmers and developers are able to use this feature to extensively see the code changes and updates that they perform for a particular react-native smartphone application. because of this feature developers and programmers do not have to wait for the framework to complete the compilation of code. The compilation of code is done in real-time and programmers can see the changes that they do to the code instantly. This enhances the programmer’s development features and helps in maintaining high levels of productivity

Due to these immense benefits that react native provides to developers and programmers. React Native technology has grown to be a huge community helping one another to solve development problems and create amazing applications that run on smartphones no matter old or new. We feel that react native is here to stay and the above reasons prove it is the future of mobile application development.

Being a geek and a technology enthusiast by heart, Narsimha loves to write and inspire his audience with knowledgeable articles and posts that help audiences learn new things. A technical writer by profession working for an IT company, Narsimha loves to get his hands dirty and deep solve computer problems and troubleshoot them. When I'm not writing you can find me gouging the internet for valuable information that I can rely upon. In his spare time, he loves to listen to music and play computer games.

What to know before choosing a Mobile App Maintenance Company