The Memorandum of Understanding will assist the firms in creating synergy among various stakeholders in the financial ecosystem, including businesses, industry leaders, technologists, and academicians. 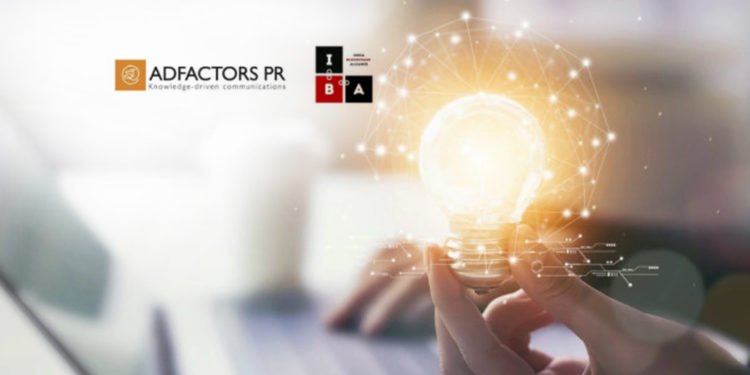 The non-profit India Blockchain Alliance (IBA) and public relations firm Adfactors PR announced today the signing of a Memorandum of Understanding (MoU) to foster conversations about blockchain technology and see India lead the world in its adoption.

The firms said in a statement that the MoU will help Adfactors PR and IBA “create a synergy among different stakeholders in the financial ecosystem, including businesses, industry leaders, technologists, and academics, to mainstream conversations around Blockchain, DLT, and cryptocurrency in the coming years.”

“With this collaboration, IBA and Adfactors will align to see an India that leads the world in the adoption of blockchain technology, which has transformed the economy and society to achieve significantly greater competitiveness, efficiency, service quality, social engagement, and employment,” said IBA Founder Raj Kapoor. This collaboration will help us achieve our goal of encouraging the responsible use of blockchain technology by industry and governments across India as a means of driving innovation in service delivery across all sectors of the economy.”

IBA promotes the use of blockchain and Distributed Ledger Technologies (DLT) in the public and private sectors based on evidence. According to the statement, IBA is present in nine countries and has strategic alliances with global blockchain organizations.

IBA is an important player in the process of establishing a framework that will transform India into a global blockchain destination. The members will collaborate and work together to benefit the individual and collective business development of blockchain companies.

The India Blockchain Alliance was formed to provide mutual assistance in the areas of business development, networking, cooperation, and a collaborative approach to defending the alliance’s members’ interests. It also aims to raise awareness of the importance of blockchain technology among professionals and the general public, and thus organizes a variety of events and training courses. It also works with government authorities in the field of relevant legislation.

The India Blockchain Alliance (IBA), founded in 2018, is the most powerful voice in the blockchain industry. It is a non-profit organization that promotes evidence-based Blockchain and Distributed Ledger Technologies (DLT) adoption in the public and private sectors.

It includes representatives from the Blockchain, Academia, Information Technology, Computer Science. Regulators and policymakers working in the field of distributed ledger technologies are also included. The International Blockchain Association (IBA) is a close-knit network of experts and organizations that connects policymakers, academics, blockchain engineers, venture capitalists, and visionaries.

Adfactors Public Relations, founded in 1997, is the youngest firm among its top competitors. It is also India’s largest public relations firm. We serve over 400 retained clients across 40 cities in India as a multi-specialist, full-service firm. Some of the largest corporations, conglomerates, financial institutions, and governments, as well as a slew of bright, young start-ups and unicorns, are among the clients.

PRovoke Media named Adfactors PR one of the seven Global Agencies of the Decade in 2020. Adfactors PR has received numerous awards in recent years, including PR Awards Asia’s (formerly PRWeek) South Asia Agency of the Year for four consecutive years – 2018, 2017, 2016, and 2015. We were also named the ‘Asia-Pacific Corporate-PA Consultancy of the Year’ by PRovoke Media in 2018, the ‘Asia-Pacific Financial Consultancy of the Year’ in 2015 and 2013, the ‘Global Financial Agency’ in 2015, and the ‘Global Corporate Agency’ in 2016. We have won over 250 awards for campaign excellence at prestigious national and international fora since 2014 when the firm began participating in industry awards.

“Our constant endeavor to assist businesses in a rapidly changing world has resulted in the launch of several industry-first practices,” Adfactors PR Co-founder and Managing Director Madan Bahal said. Adfactors PR is excited to collaborate with the India Blockchain Alliance to drive industry conversation about yet another realm of technology that will be critical to reimagining the financial world and content distribution in the coming years.”