Inshorts has raised $140 million from investors such as Addition, Tiger Global, SIG, A91, and Tanglin Venture Partners. 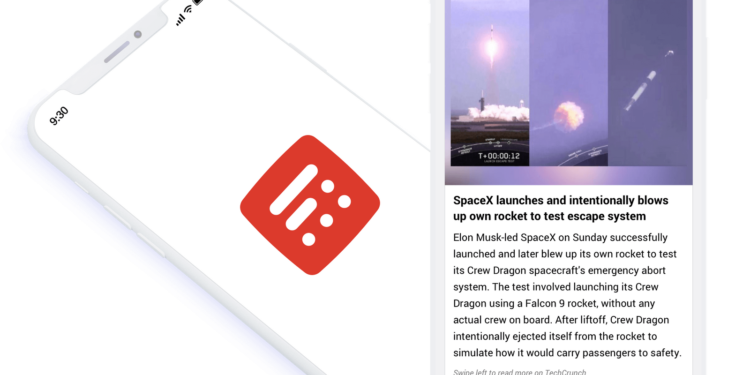 Inshorts, an Indian startup that operates an eponymous news aggregator service, has raised $60 million in a new financing round as its two-year-old bet on the launch of a new social media app called Public continues to impress, according to the startup. Inshorts claims to have pioneered the concept of 60-word news eight years ago and has users in all tier 1 cities across the country.

Inshorts has raised $140 million in the last year, with Vy Capital leading the new round. According to three people familiar with the matter, the new investment values the startup at around $550 million, up from about $250 million in a $41 million fundraise in March and $125 million in September last year.

Azhar Iqubal, co-founder and CEO of Inshorts, confirmed the round size and lead investor but declined to comment on the valuation. Additionally, Tiger Global, SIG, A91, and Tanglin Venture Partners are among the startup’s investors.

“The world changes every minute, and each of us has an innate desire to stay current on these changes,” he said in a brief statement. “Both the Inshorts app and the Public app are designed to assist some of these people in their quest to stay informed, and we are thrilled to have Vy Capital join us on this journey.”

Inshorts is a popular news aggregator app that summarizes news articles in 60 words and covers a variety of topics, including technology and business. However, it is arguably the startup’s expansion into the social media category that has allowed it to scale widely and attract so many high-profile investors.

InShorts’ platform has over 10 million users. In 60 words, the app curates daily news items from categories such as national, world, politics, business, sports, technology, and entertainment. A link is also provided for them to read the stories that interest them in greater depth. According to the company, it receives more than 3 billion page views per month.

With more than 60 million monthly active users since its launch two years ago, the app has already established itself as one of the fastest-growing social apps in the South Asian country.

“We believe that we all want to stay connected to our community just as much as we want to stay connected to our friends and family. While many large platforms, such as Facebook, Instagram, and Snapchat, have been built for the latter, the problem of connecting to locality remains unsolved, and Public is our attempt to solve it,” Azhar Iqubal, co-founder and CEO of Inshorts, said.

How is Inshorts gaining popularity among the masses?

Local language content is one of the most significant untapped opportunities in the Indian internet landscape, and the country is one of the world’s fastest-growing internet markets. Media companies are gaining popularity among high-risk investors.

The app, which is available in several major Indian languages (including Hindi, Bengali, Punjabi, Telugu, Tamil, Kannada, Malayalam, Odia, Assamese, Gujarati, and Marathi), enables shop owners to drive e-commerce as well as serve as a classified, entertainment, and recruiting platform.

“We are excited to join Azhar and his team on their journey to build one of India’s largest content platforms, with two market-leading properties and a rapidly growing user base. In a statement, Vamsi Duvvuri, partner at Vy Capital, said, “We look forward to working closely with the company and the team as it enters the next phase of scaling.”

Microsoft puts PCs in the cloud with Windows 365