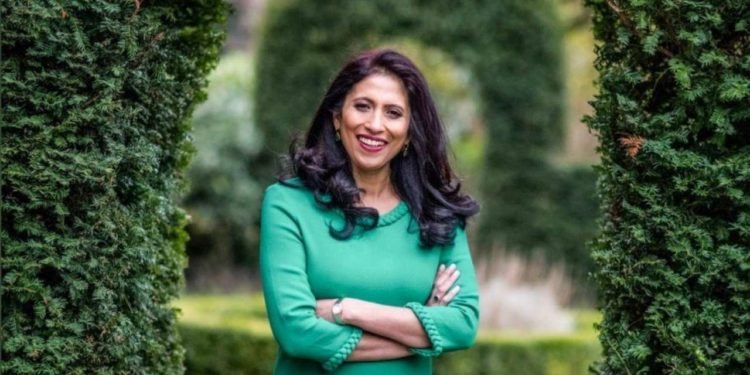 Nair stated on Twitter that she will always be a staunch supporter of Unilever and its mission to make sustainable living a norm. She was overwhelmed by the outpouring of love and support for her appointment as Chanel CEO. She expressed gratitude and urged readers to trust that she is reading each comment, even if she does not respond to each one personally.

What is Leena Nair’s background?

Leena Nair worked at Unilever for 30 years, beginning as a management trainee in 1992. Following that, she held positions such as Factory Personnel Manager at Lipton India from 1993 to 1996, Employee Relations Manager at HUL from 1996 to 1997, Management Development Planning Manager at HUL from 1997 to 2000, HR Manager at Home and Personal Care India from 2003 to 2004, General Manager HR at Home and Personal Care India in 2004, and General Manager HR IND in 2006, according to her LinkedIn profile.

According to her resume, Nair served as General Manager of HPC and Foods and Head of Management Development from August 2006 to May 2007. As Executive Director of HUL and Human Resources Vice President, South Asia from June 2007 to December 2012. From January 2013 to February 2, 2016, she worked for Unilever as the SVP of Leadership and Organization Development and Global Head of Diversity and Inclusion. Following this, she was named Unilever’s Chief Human Resources Officer in March 2016 and will depart that position in January 2022 to take the helm of Chanel as global CEO.

Philosophy of Leena Nair as a Human Resources Manager

During her tenure as Unilever’s CHRO, she spearheaded efforts to develop a four-pillar Wellbeing Framework in 2014 to address employees’ physical, mental, emotional, and purposeful wellbeing. Nair believes that an organization’s performance is directly related to its employees’ wellbeing.

According to a LinkedIn post, during her career at Unilever, the company granted its employees a day off in appreciation for their contribution during the difficult times of the coronavirus pandemic as part of the 2020 Global Day of Thanks. “Today at Unilever, many of us will have no team calls, no emails, and no work. Those who are unable to take today off due to the need to keep operations operating will receive an additional day off before the end of 2020,” she stated in a statement.

Additionally, in January 2021, they started The Global Business Collaboration for Better Workplace Mental Health. Unilever, Salesforce, HSBC, Deloitte, Clifford Chance, and BHP established the program. Unilever focused on three key areas during this collaboration: creating a platform for cooperation to address workplace mental health concerns, raising awareness about the importance of workplace mental health, and facilitating the adoption of best practices through collaboration, and creating a roadmap to change the prevailing situation.

Unilever has also implemented two mental health tools – Headspace and Employee Assistance Program – to survey and monitor its employees’ mental health due to Nair’s vision. Unilever employees have unlimited access to Headspace and have spent more than 15,000 hours using the app to improve their mindfulness. In 2020, its Employee Assistance Program, or EAP, witnessed a more than 10% increase in the number of employees’ family members who used the service. Additionally, the organization conducts an annual employee well-being assessment, a yearly employee engagement survey, and monthly unipulse checks.

Nair advised HR workers in another LinkedIn post to walk with a swagger, stating that it is a necessary component of running a successful organization. Nair noted in her post that she will always advise human resource professionals to WALK WITH SWAGGER! Human resources is no longer a backroom function; it is a critical component of any successful organization. And if you want to support your workers, you must first understand how the business operates and maintain visibility. Therefore, she urged, “go out there and make some waves.”