Licious, an Indian company, has raised $192 million for international expansion

Licious, a Bangalore-based firm that sells fresh meat and seafood online, has raised $192 million in a new round of funding. 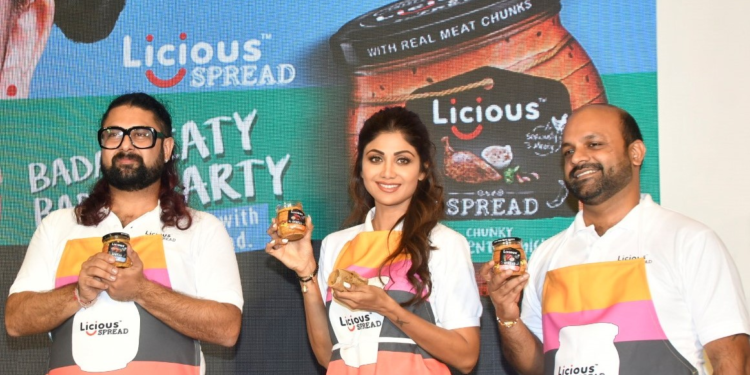 LiciousLicious, direct-to-consumer fresh meat, and seafood company has raised $192 million in a Series F funding round headed by Temasek and Multiples, a Singapore-based investment group. Existing investors 3one4 Capital, Bertelsmann India Investments, Vertex Growth Fund, and Vertex Ventures Southeast Asia and India also contributed capital to the round, as did Brunei Investment Agency. Licious, a Bangalore-based firm, is looking to expand its market beyond South Asia.

Temasek, a Singapore-based investment organization, and Multiples Private Equity led the Series F round. The transaction, which increases the six-year-old Indian startup’s total fundraising to over $285 million, values the company at more than $650 million, up from $285 million in Series E funding in December 2019.

Licious distributes meat and seafood in over a dozen Indian locations through its eponymous e-commerce portal. It has established a supply chain network spanning many cities in order to obtain meat and seafood, preserve it fresh, and deliver it within hours of the order. The firm claims that its growth has surged in recent months as consumers increase their protein intake in an effort to boost their immunity. It didn’t give specific data but said the company had grown by 500 percent in the last year and served more than 2 million unique clients.

In a joint statement released on Friday, Vivek Gupta and Abhay Hanjura said, “This is just the beginning in our goal of developing an exceptional and iconic tech-led D2C (direct-to-consumer) brand.” According to industry estimates, India’s online meat market is worth more than $4.4 billion and has increased by more than 2.5 times since the pandemic struck last year.

Licious, which competes with FreshToHome, aims to use the new funds to expand into “multiple geographies,” though it did not specify which ones. According to the company, it is also investing in expanding its technology and supply chain networks.

According to Sridhar Sankararaman, MD, Multiples, the startup’s co-founders have “revolutionized the purchase of poultry, fish, and meat in the country, delighting customers with their guarantee of quality, freshness, and quick delivery.” Licious, founded by Gupta and Abhay Hanjura in 2015, has expanded into the ready-to-eat market after gaining a foothold in the fresh meat and seafood areas. Gupta continued, “We’re looking to expand across categories and develop more value-added items.”

How are the funds being utilized by the brand?

The additional money will be used to help the company invest in technology to strengthen its supply chain, boost quality, and expand its presence across more locations. Licious has locations in Bengaluru, Hyderabad, Chennai, Coimbatore, Delhi-NCR, Chandigarh, Mumbai, Pune, Vizag, Kochi, Vijayawada, and Jaipur at the moment. According to the company, it distributes over 1 million orders every month across all markets.

According to industry figures, 92 percent of India’s meat and seafood business is unorganized, highlighting the sector’s enormous potential. India consumes $30 billion worth of meat each year. The on-demand food segment, particularly in the meat and seafood categories, has piqued investment attention.

Companies like ZappFresh and FreshToHome, which are also supported by investors, compete with Licious. “We have grown 5x in the previous 14 months since the pandemic began and are now at a revenue run rate of Rs 1,000 crore,” Gupta said, adding that the company hopes to grow at a pace of 100% in the next 18-24 months.

“In the coming years, we will strengthen our presence through multi-geo and channel presence, unlocking true disruption for the industry through deployment of top-notch tech and supply chain practices, and innovating the meat and seafood product roadmap in a way that India has never seen before,” they said. Licious claims to have grown by more than 500 percent in the last year and has served more than two million unique clients.

The company has grown by 300 percent in the last five years, with over 90 percent repeat consumption across countries. It presently operates in 14 Indian cities and employs around 3500 people. Licious owns the entire backend supply chain from the moment of procurement, processing, and storage until it reaches the end consumer, based on the farm to fork business model.

The funds raised will be used to invest in technology-driven supply chain transformation, quality improvement, improved customer experience, and new product launches. The company also intends to expand both in terms of the cities it serves in India and in terms of worldwide markets.