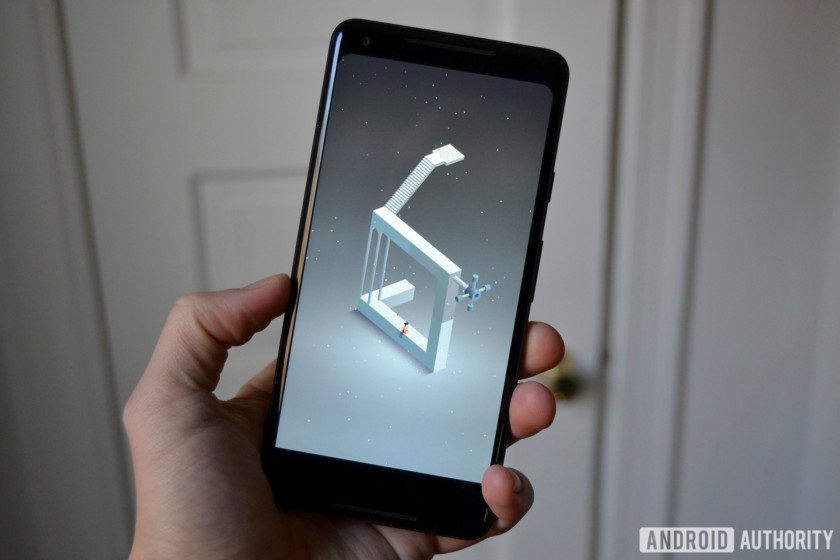 The sequel to one of the best mobile games of all time has finally landed on Android.

London-based ustwo launched Monument Valley on Android back in 2014 after a short stint as an iOS exclusive. Since then, the game has garnered a very impressive 4.7/5 star rating on Google Play, in turn setting the bar for what a mobile game could be. It was simple, beautiful, addicting, and had a stellar soundtrack that kept players coming back for more.

Now, after exclusively being available on iOS since June 2017, Monument Valley 2 has made its way to Android.

As we’ve noted previously, Monument Valley 2 is all about the story. In it, you will guide a mother, Ro, and her child through beautiful structures as you learn secrets of the Sacred Geometry. This is a completely separate story from the events that took place in the original Monument Valley, so you don’t need to have played the first game to enjoy this one.

The gameplay controls and mechanics are basically the same this time around. You’ll be shifting and manipulating the world around you to complete puzzles and get Ro and her daughter to where they need to be.

You can also look forward to beautiful visuals and a relaxing soundtrack in Monument Valley 2. It’s recommended that you play this game with the sound on.

Monument Valley 2 is available in the Google Play Store now for just $4.99. It doesn’t feature an in-app purchases, either. Interested? Head to the link below for the download.

Get it from Google Play