Poladrone raises $4.29M in a seed round to protect agriculture 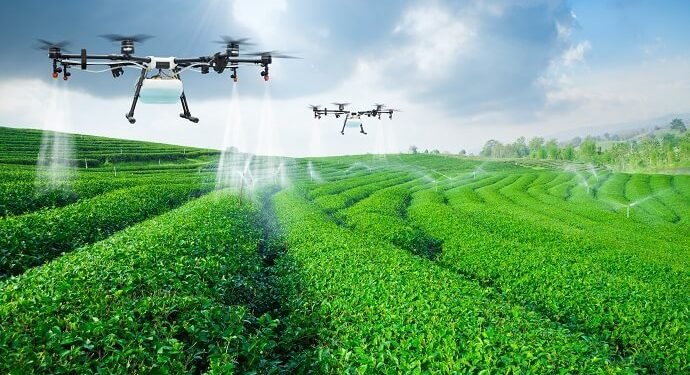 Among the most devastating pests of oil palm plantations, rhinoceros beetles wreak havoc on young plants and permanently reduce the productivity of a whole field. They also impact worker health due to the frequency with which pesticides must be sprayed on the area. Poladrone, a Malaysian company with its headquarters in Kuala Lumpur, aims to revolutionize agriculture pesticide control through drones, automation, and analytics software.

According to the startup’s announcement, a seed round of $4.29 million sponsored by Wavemaker Partners was closed today. According to Crunchbase records, this is the largest seed round to have ever been raised in Malaysia. The Malaysian Technology Development Corporation (MTDC), which is controlled entirely by Khazanah Nasional Berhad, Malaysia’s sovereign wealth fund, and ZB Capital Limited and angel investors, are among those who will be taking part.

With the founding of Poladrone in 2016, Cheong Jin Xi has grown the company to be active in Malaysia and Thailand, with intentions to expand into Indonesia, which is the world’s largest producer of oil palm. Even though Poladrone is profitable, Cheong explained that the company sought financing during the COVID-19 pandemic, which “proved the good impact our technology has on agriculture areas through job development and upskilling opportunities.”

After being fascinated by drones as a teenager in Melbourne, Australia, Cheong decided to pursue a college degree in aeronautical engineering. Deploying drones in the agriculture industry made perfect sense to Cheong once he returned to Malaysia because drones can fly over broad terrain to do repetitive jobs autonomously. Their cameras also record a significant quantity of data. 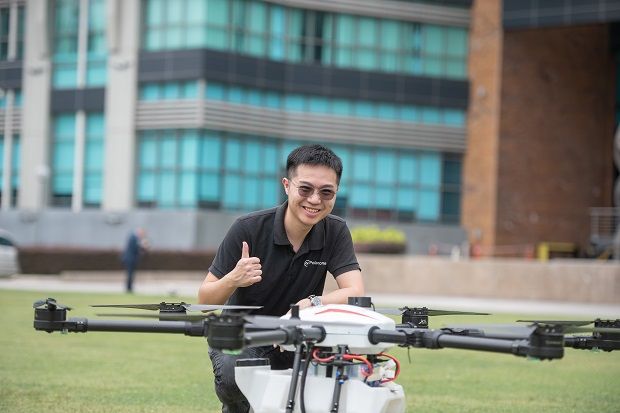 Growing up in Kuala Lipis, a farming village in Pahang, sparked Cheong’s interest in agritech. Many of his ancestors worked in agriculture, and this experience influenced the creation of Poladrone’s products. When rhinoceros beetles attack in the first three years of an oil palm’s 25-year lifetime, he claims that the trees’ growth is harmed, delaying maturity and even killing the plant altogether.

According to Cheong, once the surrounding oil palms have achieved maturity, it is impossible to replant, and any space taken up by a dead palm will be lost for the next 22 years if the palm is not replaced. According to the International Oil Palm Organization, preventive pesticide spraying is essential on oil palm fields every two weeks for the first two years following oil palm planting. Once a month, the oil palms are fully matured. This is done by staff utilizing backpack sprayers or tractors to do their work for the most part.

For the first time, the company will introduce Oryctes, a clear spot spray for rhinoceros beetles and other pests created with support from the Malaysian Digital Economy Corporation. According to the company, the company has just introduced the Mist Drone, a drone that sprays open field crops such as paddy, maize, and bananas with a fine mist.

With an average land area of around 5,000 hectares, Poladrone deals with oil palm plantations between mid-and large-sized. According to Cheong, data analytics and automation have become increasingly important at this size. Additionally, he stated that oil palm fields encompass 18.7 million hectares worldwide, with a potential market of 4.2 million hectares in Malaysia alone, with a value of about $1.3 billion each year. Aside from rice, other commodities such as corn and sugarcane are expected to be included in the company’s future expansion plans.

In addition to selling Poladrone’s products, Service Centers provide services such as repairs, training, and workshops to their customers. According to Cheong, employees typically require one week of training before they can begin using the smartphone-operated technology developed by Poladrone.

For investors, Wavemaker Partners general partner Gavin Lee stated that eight of the ten largest palm oil farms in Malaysia are now working withPoladrone, which is a remarkable achievement. It gives us confidence in our ability to support the team their vision of propelling Southeast Asia’s agriculture industry forward.