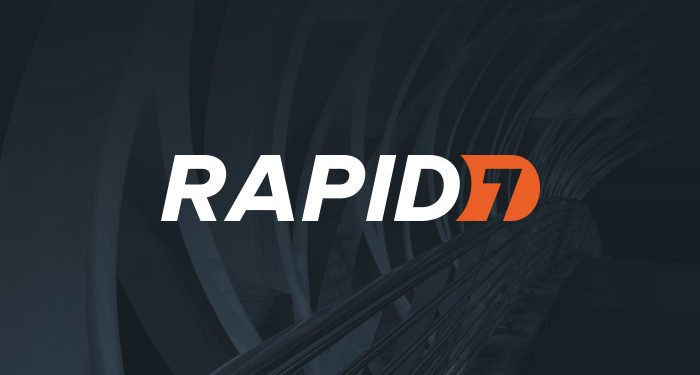 ​​Rapid7, a supplier of data and analytics security solutions, announced today the acquisition of IntSights, a threat intelligence platform developer, for $335 million in cash and shares. Rapid7 said it would integrate its existing threat intelligence technologies with IntSights’ threat detection and response capabilities in a single client solution after acquiring IntSights.

The attack surface in the organization has grown significantly as a result of the pandemic’s digital transformation. Security teams, on the other hand, are usually under-resourced and overloaded. The worldwide cybersecurity industry is anticipated to expand from $152 billion in 2018 to $250 billion by 2023, driven by the danger of cyberattacks and data breaches.

According to Rapid7, IntSights enables companies to reap the full advantages of a threat intelligence program – regardless of its breadth or sophistication – while also lowering the strain on security staff. Rapid7 claims that IntSights, unlike many other threat intelligence systems on the market today, provides continuous coverage for external threats from identification to mitigation to remediation.

According to Rapid7 Chairman and CEO Corey Thomas, the business monitors the clear, deep, and dark webs to discover threats directly targeting an organization’s digital footprint, such as data and credential leaks, fraud, and criminal behavior related to their brand (pictured). According to Thomas, IntSights goes beyond monitoring and responds by proactively remediating risks with automatic takedowns.

IntSights, based in New York and with operations in Amsterdam, Boston, Dallas, Singapore, Tel Aviv, and Tokyo, attempted to address this issue with solutions that tracked companies’ online profiles. Its systems ingested assets and linked inputs, variables, and interactions to identify cyberattacks that may affect workers or consumers, as well as aggregating multiple sources of intelligence to keep blocklists up to date.

Prior to its acquisition by Rapid7, IntSights had received $71.3 million in venture funding from Qumra Capital, Blumberg Capital, and others. Customers of the startup included Blackstone, American Eagle Outfitters, Caesars Entertainment, Gett, and Wipro.

“We developed IntSights to make threat intelligence instantly available and actionable for businesses of any size,” stated Guy Nizan, co-founder and CEO of IntSights. Nizan cofounded the firm alongside Alon Arvatz and Gal Ben David in 2015. “We are thrilled to be joining Rapid7 to carry on this objective and provide our threat intelligence capabilities to even more customers,” Nizan added.

According to Rapid7 CEO and chair Corey Thomas, the platform capabilities of IntSights will be integrated into Rapid7’s extended detection and response solution, InsightIDR, in the coming weeks. According to him, the connection would give Rapid7 clients a glimpse into threats, attack surface monitoring, relevant insights, and proactive threat mitigation.

“Today, cybersecurity is a lopsided war, and the odds are continually stacked against attackers,” Thomas stated in a news statement. “Both IntSights and Rapid7 believe that businesses can only thrive if they have a unified picture of internal and external risks, replete with contextualized information and automated threat mitigation, allowing security teams to focus on the most essential threats.” We are excited to collaborate with IntSights to make this vision a reality for our customers.”

“By integrating IntSights’ external threat intelligence abilities into Rapid7’s XDR solution, InsightIDR, we expect to provide security teams with broadened visibility and detections of internal and external threats across their traditional and modern environments enabling them to rapidly pivot into investigations, threat hunting, and configuring,” Rapid7 detection and response VP Richard Perkett added.

The purchase, which was speculated last week, comes after Rapid7, located in Boston, Massachusetts, provided forecasts for the second quarter of 2021. The firm anticipates that annual recurring revenue will be around $489 million, up 29 percent year on year and that revenue and non-GAAP income from operations would surpass the high end of its previous forecast. IntSights is Rapid7’s third purchase, following Velociraptor, a cyber monitoring firm, and Alcide, a container security company based in Tel Aviv.

Zoom to purchase Five9 for $14.7 billion in an all-stock transaction