Artificial intelligence plays a role in billions of people’s lives. Sometimes unnoticed but often with profound consequences, it transforms our societies and challenges what it means to be human. 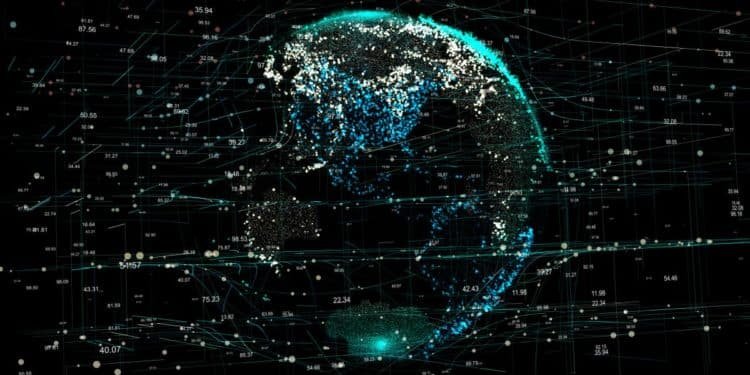 The world is in a frenzy.
The winner, according to geopolitical forces, will get all the bacon.
What race is being fought for and pursued with zeal?

AI can help millions of children complete secondary school, provide an additional 3.3 million jobs, and, most importantly, assist us in combating the spread and aftermath of the COVID-19 epidemic. Along with numerous benefits, new technologies also bring with them hazards and issues resulting from malevolent use of technology or widening inequities and divisions.

5 Things You Should Know About AI

Through digital channels, it helps to mitigate the economic impact of the crisis. It also assists researchers in crunching massive volumes of data in the quest to develop a vaccine or therapy. AI has contributed to the virus’s containment via test, track, and trace technologies. However, when people give access to their data, the use of AI during this epidemic has revived issues about privacy, data protection, and the use of data for purposes other than virus surveillance.

AI is anticipated to bring roughly $4 trillion in value by 2022. Economic advantages are predicted to be greatest in China and North America by 2030, accounting for 70% of AI’s worldwide economic effect. AI has a “winner gets it all” dynamic that must be regulated: concentration of AI in the hands of a few high-income countries would almost certainly leave underdeveloped countries far behind. The latter will profit little or nothing from AI technology and will have no ownership of such technologies.

Women make up just 22% of all AI professionals. Gender prejudices and stereotypes are perpetuated in AI technologies since women are underrepresented in the sector. It’s no surprise that virtual assistants like Siri, Alexa, and Cortana are “female” by default. Their servility and, at times, submissiveness are examples of how AI can (and will continue to) promote and perpetuate gender prejudice in our communities.

Climate change consequences are worsening as the earth continues to warm. AI-powered models, for example, might assist to enhance ecosystem management and habitat restoration, which are critical to slowing the loss of fish and animal populations. Nonetheless, data extraction uses approximately 10% of global energy. As a result, it is also critical to address AI’s high energy consumption and the resulting impact on carbon emissions.

AI is already in our life, controlling our decisions, often in detrimental ways. There are several legal voids in the sector that must be rectified quickly. The first stage is to agree on which principles should be established and which regulations should be enforced. There are several frameworks and rules, but they are applied unevenly and none are genuinely universal. Because AI is global, we require a worldwide mechanism to control it.

The Ethics of Artificial Intelligence Recommendation

The Recommendation on the Ethics of Artificial Intelligence was endorsed by UNESCO’s General Conference at its 41st session on November 24, 2021. Following the resolution of its General Conference at its 40th session in November 2019, UNESCO started on a two-year process to develop this first global standard-setting instrument on the ethics of artificial intelligence in the form of a Recommendation.

The focus in 2020 was on producing the draught language for the Recommendation with the help of an Ad Hoc Expert Group (AHEG). This phase featured interdisciplinary and inclusive consultations with a wide variety of stakeholders. These extensive conversations were critical in ensuring that the wording was as inclusive as possible.

The focus was on an international process and talks on the draught language to develop a final version of the Recommendation for probable approval by UNESCO’s General Conference at its 41st session at the end of 2021.

UNESCO’s work on the Recommendation builds on the World Commission on the Ethics of Scientific Knowledge and Technology’s preliminary research on the ethics of artificial intelligence (COMEST). This study stresses that no global tool presently exists to guide the development and implementation of AI in a human-centered manner.

UNESCO wishes to thank all of the partners who contributed to and supported the development of the Recommendation on the Ethics of Artificial Intelligence.