Whole Foods employs Amazon's palm recognition technology in addition to more traditional QR codes to allow consumers to shop and exit the store without interacting with a cashier. 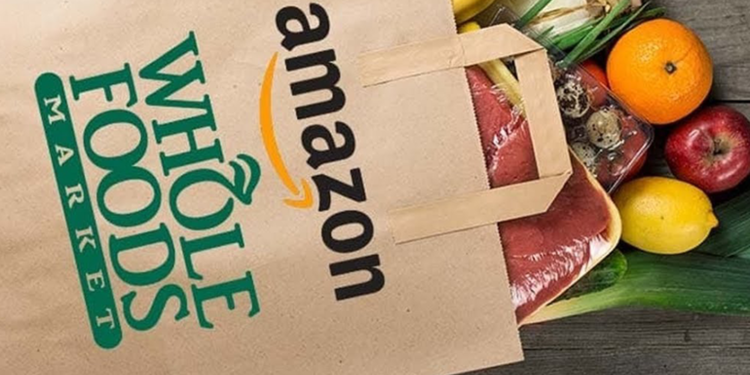 Although Amazon has been running cashier-less grocery stores at its growing number of Amazon Go and Amazon Fresh-branded locations, this is the first time the company is bringing the technology to a Whole Foods Market location. Amazon paid $13.7 billion buying the supermarket chain in 2017, but the brand’s integration with Amazon has been limited to discounts and free delivery for Prime members.

At 21,500 square feet, the Whole Foods branch is not the largest to utilize Amazon’s cashier-less technology (a 25,000-square-foot Amazon Fresh site with Walk Out technology, for example, is located in Bellevue, Washington). However, it demonstrates Amazon’s trust in its technology by its willingness to bring it to an established business that does not bear the Amazon brand. Amazon declined to comment to The New York Times on whether the technology will be added to all Whole Foods Market locations.

According to a New York Times writer who visited the shop, Whole Foods uses Amazon’s palm recognition technology in addition to more conventional QR codes for admission. The business retains a crew of people who man various counters and explain how the cashier-less technology works. Additionally, the store emphasizes self-service by providing a bread slicer for consumers to slice their loaves. Customers who do not choose to use Walk Out alternatively use self-service checkouts.

According to the New York Times, the cashier-less technology has divided customers accustomed to shopping at Whole Foods previous to its remodeling. One consumer compared the technology to the surveillance state depicted in 1984, while others were more receptive. The Washington, DC shop is one of two Whole Foods Market locations where Amazon previously stated it would deploy its cashier-less technology – the second location will open later this year in Los Angeles. 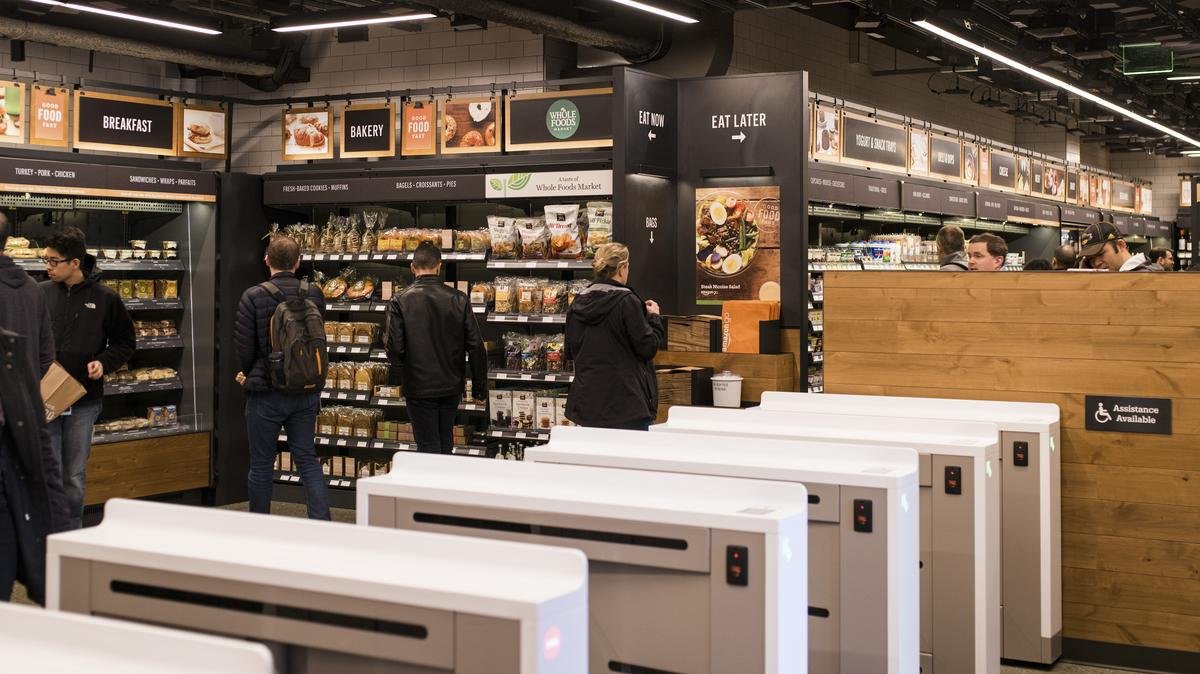 What is Amazon’s Cashier-less Technology and How Does It Work?

Amazon Go shops’ cashier-less technology enables consumers and shoppers to enter the stores by scanning the Go app and depart without standing in line at the checkout. Customers and selected goods are tracked automatically as they move about the store using cameras and shelf-weighted sensors. Once completed, the shopper can exit the store without scanning or dealing with the cashier. When consumers leave the store, the transaction has been terminated automatically.

Mechanisms at work in this grab-and-go experience:

Cashier-less technology is finally entering the mainstream, aided by deep learning, computer vision, data analytics, and AI-driven algorithms. This is how these forward-thinking shops operate.

Additionally, the app records all data regarding a user’s buying habits, making it simple to give them appropriate recommendations on the digital platform. As a result, collaborating with a seasoned mobile development business should be a top priority in this case.

Numerous, numerous cameras monitor shoppers’ every move throughout the business. Everything is collected and delivered back to the central processing units for identification and recording using computer vision. In a nutshell, the consumer is never forgotten. Thus, even if an item is shifted and the buyer suddenly changes their mind, the virtual cart is updated instantly.

Not only that but there are also weight sensors that keep track of the precise weight of each item. This implies that no deception will work here – such as attempting to pick up two goods in one trip and assuming you would not be paid.

Instagram is experimenting with automatically generated subtitles for videos