Ample's modular design means that drivers only need to carry as much battery as they need. That means less battery waste and less weight in the car for Ample. 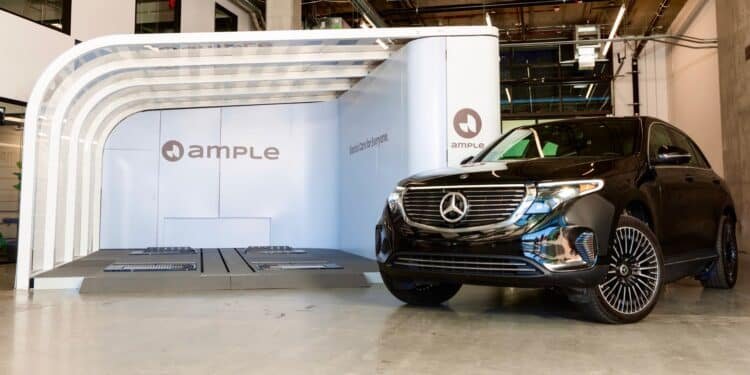 Ample, located in San Francisco, has secured a $160 million Series C investment to grow its battery swapping business, the largest amount yet for the 8-year-old company that wants to radically reinvent how we utilize electric vehicles.

Ample’s concept is simple: cars outfitted with the company’s modular battery pack can drive into one of Ample’s automated charging pod sites and switch out their exhausted batteries for fully charged ones. The replaced batteries are then recharged in the pod before being reinserted into another vehicle.

Although Ample’s battery switching concept appears straightforward on paper, the firm proposes a totally new way of thinking about EV batteries. Instead of an EV battery needing to be recharged, like an iPhone, Ample wants them to be swappable, like the batteries in a digital camera.

“We recognized there’s this enormous elephant in the room with electric vehicles, and [it’s] nobody is really enthusiastic about spending an hour, two hours, or three hours charging their vehicle,” said Ample co-founder John de Souza.

The industry’s reaction has been to create technologies such as DC fast chargers, which have reduced charging time to 20 or 30 minutes. However, according to de Souza, advances in charging time do not address basic issues: “[Fast charging] produces a lot of heat; the grid cannot sustain it,” he explained. “Even if you could charge batteries in five minutes, you’d need tremendously strong chargers and power plants around every corner to accomplish it.”

Ample is presently focused on fleets; it maintains five battery switching stations in the Bay Area for participating Uber drivers, and it has also formed a collaboration with Sally, an EV rental firm in New York City that specializes in a taxi and last-mile deliveries. However, the business believes that its battery switching service is also appropriate for customers.

According to Ample co-founder Khaled Hassounah, battery switching might also be beneficial for personal customers who do not have access to a suitable charging solution, such as those who reside in apartment complexes. “We’re actually a lot more focused on the automobiles that are coming on the road,” Hassounah said, rather than EVs that have already been built. According to the firm, its modular design means that drivers only need to carry as much battery as they need. That means less battery waste and less weight in the car for Ample. 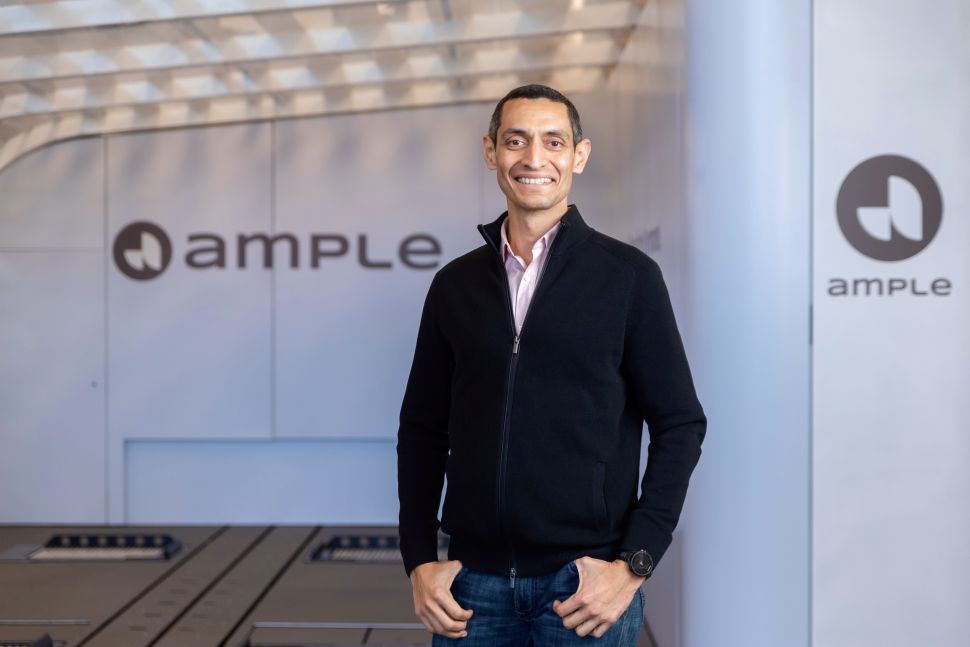 Ample’s goal is heavily reliant on automakers’ support. For example, the firm envisions that when a customer wants to buy a car, the OEM would either provide a fixed battery option or a vehicle outfitted with an Ample battery system.

Ample claims to have tested their technique with ten distinct automobile models by working directly with OEMs, and that none of them required vehicle changes. That isn’t to say that there aren’t any interfaces between the battery and the car that need to be changed — there are, for example, voltage cables and a cooling line — but it does imply that the actual design of EVs is simpler than one might expect.

“The marketing departments at the OEMs want you to know… ‘This is a super-duper battery that is really well integrated with the automobile; there is no way to separate it,’ Hassounah explained. “The reality is, they’re made totally independently, and this is true for virtually — not almost — every battery in a car, even a Tesla.

“Because we designed our system to be easily interfaced with other cars, we separated the battery component… from the vehicle,” he said.

Ample stated that it is now working with five different OEMs, “some of the major OEMs out there,” according to de Souza, but he did not disclose which ones. He went on to say that rising fleet demand goes hand in hand with talks with OEMs, who are keen to sell vehicles.

It may be an appealing proposition because the battery system accounts for a large portion of the cost of an electric car. Nio, a Chinese carmaker, has a variation of this notion on the market, offering customers the choice of purchasing a vehicle with or without a battery (for the latter option, Nio leases the batteries). The leasing option saves drivers 70,000 ($10,800) of the cost of a vehicle. Nio has now conducted over 2.4 million battery replacements for Chinese drivers, according to creator William Li.

Looking ahead, Ample is only focused on scaling: deploying with major clients in new cities. Surprisingly, de Souza said that the firm is receiving a lot of attention from governments that wish to transition to electric vehicles but lack the necessary charging infrastructure.

“The challenge is, rather than building more infrastructure, how can we get more kilometers and be electric?” According to Hassounah. “If we install a million fast chargers and no one uses them, we have accomplished nothing.”