Andrew Brown has been named CEO of Universally Speaking. 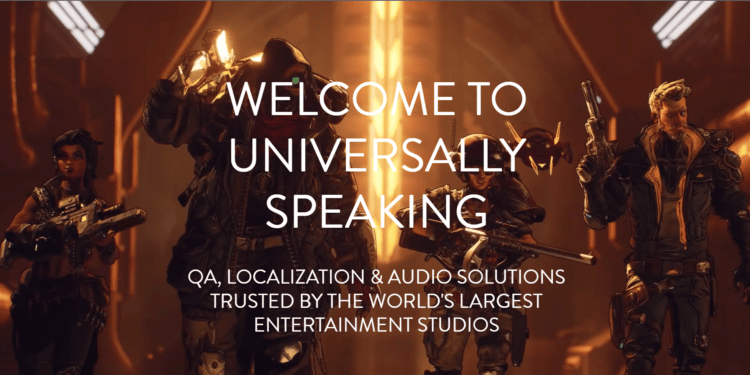 Brown was previously the CMO of Keyword Studios. He has been a part of the gaming business since 2006, when he joined Activision as UK managing director. He would go on to become VP of Commercial Strategy for the United Kingdom, Germany, and Europe, SVP of the Americas, and lastly SVP Strategic Projects. He left the business in 2015 and returned to the games industry in 2018 as the MD of Keywords Ventures and the chief marketing officer of Keywords Studios.

Brown succeeds Vikki Peggs, who created and led Universally Speaking. She will continue to serve as a non-executive director and board advisor to the company.

“As the creator of Universally Speaking 18 years ago, I could not have imagined the fantastic adventure the firm would go on,” stated Vikki Peggs, Advisor to the Board of Directors. I’ve been humbled to have been a part of the company’s growth from a tiny firm to one that employs hundreds of individuals in over fifty countries.” “Andrew is the ideal appointment, with excellent leadership and vision that will challenge and inspire our workforce, propelling the firm ahead for years to come,” she concluded.

Universally Speaking is a world leader in outsourcing services with decades of experience and a reputation matched only by a stellar list of instantly recognisable video games, with an expanding partner portfolio that includes Netmarble, NetEase, Meta, Sumo, Tencent, Bandai Namco EU/US, 2K, and many more.

Universally Speaking provides quality assurance and localization services to game companies. It collaborates with firms such as Netmarble, NetEase, Meta, Sumo, Tencent, Bandai Namco EU/US, and 2K. Last May, the corporation announced the opening of a new studio in Liverpool.

“We are quality. We are trusted. We are Universally Speaking.”

Universally Speaking, is one of the world’s most experienced and longest-running end-to-end game service suppliers for the worldwide gaming industry.

Universally Speaking is one of the industry’s most reputable gaming service providers, with over fifteen years of experience working as sector-specific professionals in the games business.

Their multi-award-winning localization and quality assurance teams operate across all time zones, providing end-to-end services like QA, localization, and audio.

They are trusted by the world’s leading studios to manage their flagship games, and they collaborate on the most renowned IPs in the industry.

They believe that being agile is critical in order to deliver a service based on their four main competencies: quality, flexibility, security, and experience.

Universally Speaking, continues to support the very forefront of the industry. They have supported the launch of new technologies and hardware such as Amazon Instant Video, PlayStation 3, the Nintendo Wii, and the next generation of Xbox Series X and PlayStation 5. They work closely with Amazon, Sony, Microsoft, Nintendo, Oculus, and many more.

Their drive, passion, and “Can Do” attitude mean they are flexible like no other. They make the impossible possible for their customers.

“We absolutely love games, and enjoy nothing more than ensuring all games – across all regions, platforms, and devices – are fully accessible, immersive and above all, fun!”