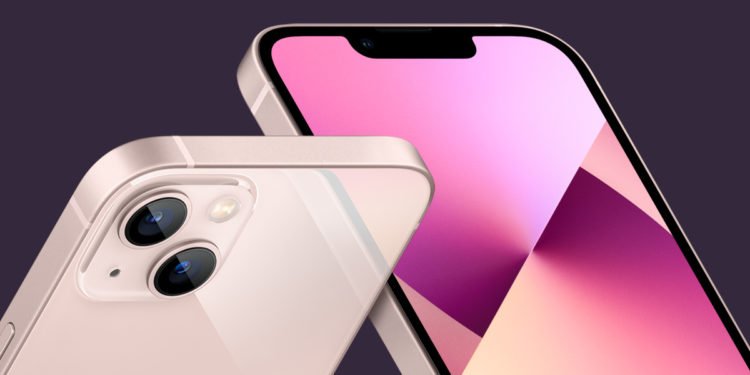 Apple Inc. is anticipated to limit iPhone 13 production by up to 10 million units as a result of a chip shortage, according to Bloomberg News, which cited persons familiar with the situation.

As one of the world’s largest chip purchasers, the technological giant has a significant impact on the annual rhythm of the electronics supply chain. Despite this, Apple faces the same supply disruptions that have wreaked havoc on sectors worldwide, including its own. Major chipmakers have warned that demand would continue to exceed supply in the coming year and possibly beyond. Representatives from both Apple and TI were unavailable for comment. A spokesman for Broadcom did not return a call seeking comment.

In the pandemic’s aftereffects, even the king of the digital world, Apple, isn’t immune to global shortages. The business has also had difficulty producing enough of the Apple Watch Series 7 and other items, in addition to the lack of iPhones.

In an interview with Bloomberg, Apple CEO Tim Cook stated that the company expected to build 90 million new iPhone models by the end of this year. However, according to the report, Apple warned its manufacturers that the number of units would be cut as a result of supply chain issues experienced by the tech giant’s chip suppliers, which included Broadcom Inc and Texas Instruments, according to the source.

Though the A15 Bionic SoC in the iPhone 13 and 13 Pro is manufactured by Taiwan Semiconductor Manufacturing Company (TSMC), the phone also contains a host of additional chip-based components. As demonstrated in iFixit’s in-depth dissection of the iPhone 13 Pro’s logic board, Texas Instruments and Broadcom are responsible for several critical components. These include the power management chips for the display and the Face ID laser array USB connectivity and wireless charging.

Apple CEO Tim Cook previously indicated on the firm’s third-quarter earnings call that the company may face chip supply constraints, adding that “we’ll do everything we can to offset whatever set of circumstances we’re dealt.” Additionally, Cook indicated that “we will do everything possible to alleviate whatever conditions we are dealt with.” However, despite Apple’s best efforts and positive connections with suppliers, it appears that the business is unable to assemble the essential components necessary to make sufficient quantities of iPhones.

According to Apple’s July projection, the company’s sales growth would decelerate. The chip shortage, which has already begun to impair the company’s ability to sell Macs and iPods, will start to impact iPhone production. Texas Instruments offered a lower revenue forecast for the month, suggesting that the company is concerned about chip availability for the remainder of the year.

Apple is likely to ramp up production eventually. Although Apple’s manufacturing estimate might be cut, getting an iPhone 13 will be even more difficult in the coming months.

Clash raises $9.1M and encourages creators to monetize their work through digital Drops