Using Java for mobile app development can be a boon to many different developers and programmers alike due to the various features and functions that have been offered by it. 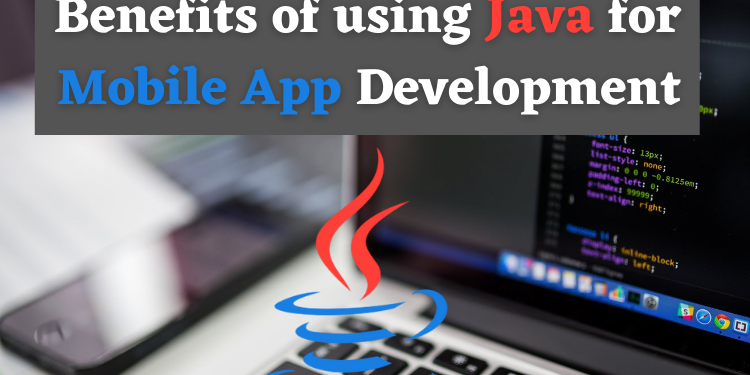 The industry of mobile app development has been on the constant verge of expansion and growth. In the year 2018, there is about a $108 billion market cap for android apps. This was the market size to be capitalized by the mobile development industry alone. This industry is expected to rise to about 410 billion from 2019 to 2026 as predicted by a CAGR report. when it comes to Java, the development of mobile apps has been so much better than ever before. The developer community has considered Java as one of the most efficient and optimistic development platforms available for Android app development.

Using Java for Android app development can be a boon to many different developers and programmers alike. Because of the various features and functions that have been offered, companies and organizations are always optimistic and look forward to using Java and the baseline for any kind of Android app development. As we all know Android app development is developed using the Linux Kernel which is based on Java, it is fully compatible with the underlying operating system and maintains harmony with it.

Let us look at the various reasons for using Java for mobile app development:

Using object-oriented programming for the development of mobile apps presence of scalable adaptable and extensible nature to mobile apps. This is the major benefit of using Java as it is so much better to develop a mobile app. there is the presence of a rich library interface and provides the default design pattern that can readily be used by programmers and developers alike. Java is used because

Because of the open-source nature of Java, developers and engineers can easily use existing libraries and tools to develop mobile applications. It becomes so easy and efficient for developers to use ready-made tools and environments to kickstart their development process and initiate the writing of good legible code. Java being a high-level language represents English-like syntax that is easy to understand and comprehend, hence fellow programmers and developers can easily understand and read colleagues’ code as well as make changes and supplement it.

Java programming provides developers with a great number of open-source tools to use. These tools are what make programming and development much much easier than using a low-level language for programming. Tools such as Kotlin development, Netbeans, and eclipse provide developers and engineers with everything that they need to kickstart their mobile app development efforts. Java readily supports robustness and efficiency, which makes applications highly safe and secure for use.

The Java platform is well optimized for the development of mobile applications and this makes the java technology such a versatile platform to support and augment mobile app development efforts.

Java provides the following for developers:

Java provides a robust and efficient environment for developers and engineers to build apps. Due to its platform independence, it becomes extremely easy for developers to create apps and leverage the platform for use. Robustness means to be reliable in any situations that are demanding enough. With many users now using smartphones and constantly using technology to augment and amplify their human abilities, app development provides a certain way to help consumers and customers get maximum benefits out of such technologies. You can Hire Java Developer if you are looking for Java App Development.

The Java community has been constantly evolving from time to time. The java community provides developers with a platform where they can exchange their thoughts and share their knowledge with others. If any developer encounters some issues with their applications or has some queries, they can easily post their queries and doubts on online forums that the java community provides. These communities are like-minded and drive the initiative to share knowledge and help each other.

Java provides a method by which programmers and developers can leverage and use this independent programming platform to develop mobile apps on. Java is fully compatible with major existing operating system platforms such as Windows, Mac, and Linux, and ready tools are available for use by developers in these cases. Due to its independent nature, java has been able to gain a lot of popularity, fame, and attention in recent times as many programmers urge to use it for their app development needs.

Java promotes the feature, “Write once run anywhere” mantra due to its object-oriented nature. Java provides the following:

The java language resembles plain English-like statements and the syntax of this language is perfectly refined and developed. This makes the language so easy to understand and use by programmers and developers. What’s more, is that it make development and designing app much more productive and effortless. Java can be best used by any novice or an aspiring programmer without having to know much about programming and development in general.

As indicated earlier, due to the open-source nature of Java, the minimum investment is needed to get started with mobile applications development.. This provides developers with a low-cost alternative that is highly popular to develop apps on.

Java is here to stay. Even though java was released about 25 years ago, the features and functions provided by this technology make it an awesome overall package for developers to create apps. And it looks like it’s not going to stop. So these are the overall benefits of using java for mobile app development.

Being a geek and a technology enthusiast by heart, Narsimha loves to write and inspire his audience with knowledgeable articles and posts that help audiences learn new things. A technical writer by profession working for an IT company, Narsimha loves to get his hands dirty and deep solve computer problems and troubleshoot them. When I'm not writing you can find me gouging the internet for valuable information that I can rely upon. In his spare time, he loves to listen to music and play computer games.