What is Bitcoin Ticker App?

Cryptocurrency is a phenomenon that has swept the globe. People mine for Bitcoins, Doge coins, Etherium, and a variety of other currencies all across the world. They’re starting to have some real-world value, and some businesses are even accepting bitcoin as a form of payment for goods and services. For today’s app, we have an app that displays and tracks current bitcoin (BTC) exchange rates, with alerts sent to your phone via free push notifications.

The Bitcoin Ticker Widget displays and monitors the current exchange rates for BTC and LTC. Custom refresh intervals and display options are available. When you tap the widget, graphs appear. It accepts the following currencies and Bitcoin exchanges:

Bitcoin Ticker is a financial app that shows real-time bitcoin exchange rates. You’ll be able to rapidly check your Bitcoin holdings. You can also set it up to send you alerts when prices hit a certain level. Most currencies’ BTC prices may be seen on Bitcoin Ticker. To change the default currencies and exchange rates, go to settings. You may learn more about each of them. It’s free, which is always a plus. This is it. 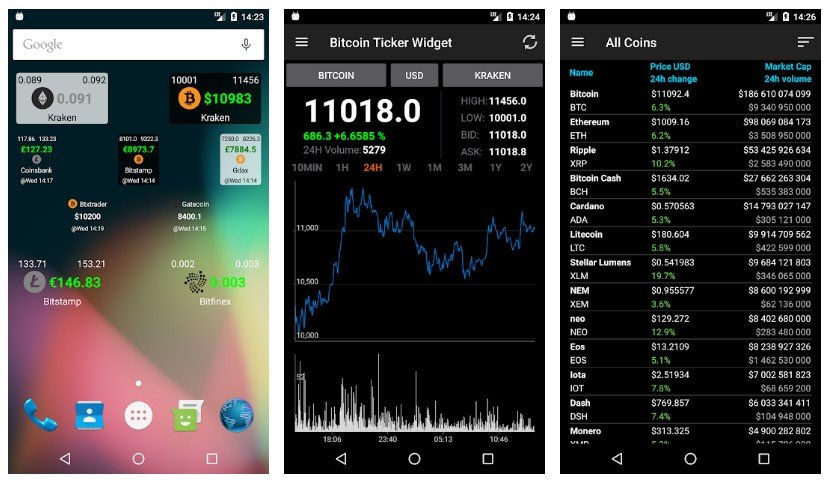 For $4.99 a month, you can get Bitcoin Ticker Pro. You won’t see any advertising and will get access to additional features like candlestick charts, order debt, live trades, and the ability to display the bitcoin price on the icon badge.

After purchase, the customer can modify their subscriptions and turn off auto-renewal by going to their Account Settings. During the active subscription period, no cancellation of the existing subscription is permitted.

At least once each minute, the exchanges are reviewed for updates. Remember that push alerts aren’t always delivered to the phone (for example, if your phone is out of service), so it’s a good idea to check the ticker now and again.