Phishing attack on the Bored Ape Yacht Club results in the loss of $360,000 in NFTs 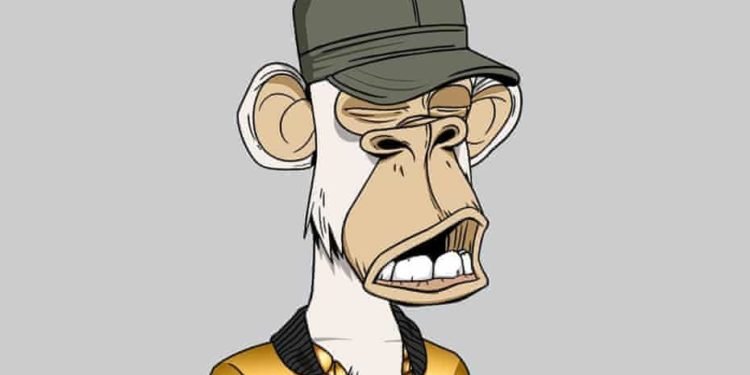 According to reports, the Bored Ape Yacht Club (BAYC) NFT was hacked on Saturday, resulting in the loss of up to 200 ETH (about $360,000) in NFTs. One BAYC and two Mutant Apes tokens were taken in the fraud, according to data from blockchain security firm PeckShield.

According to Fortune, the hack was the result of a phishing assault on Boris Vagner, the project’s community manager’s Discord account. According to the investigation, after gaining Vagner’s login credentials, the attacker posted phony links in the official BAYC and its connected metaverse project named Otherside’s Discord channels.

According to the article, Twitter user NFTherder was the first to notice the breach, tracking the stolen assets to four distinct wallets totaling an estimated 145 ETH (about $260,000).

On the official BAYC Twitter account, Yuga Labs acknowledged the attack, claiming that the company’s Discord servers were momentarily hacked. “Around 200 ETH worth of NFTs appear to have been affected,” says the report “as stated in the tweet “We’re still looking into it, but if you were affected, please contact us at discord@yugalabs.io.”

Someone has stolen Yuga Labs NFTs for the second time in less than two months. A bad actor was able to steal consumers’ payments by exploiting the CAPTCHA bot Yuga Labs employed to dissuade spammers, according to a Fortune piece from April. The breach cost the corporation almost $2.8 million in NFTs.

Theft of NFTs has recently become a worrisome practice. Scams and frauds in the “decentralized finance realm” have become worse, according to VICE, hitting $14 billion in 2021. Last recently, actor Seth Green had many of his NFTs stolen, including a Bored Ape who was set to feature in his upcoming TV program. Green is presently working with the Twitter person who purchased his stolen NFT to prosecute the criminal as of this writing.

Yuga Labs is continuing to look into the breach and is advising potential customers about the following phishing messages: Yuga Labs tweeted, “As a reminder, we do not offer surprise mints or freebies.”

What is Bored Ape Yacht Club?

The Bored Ape Yacht Club is a collection of 10,000 profile photographs minted as NFTs on the Ethereum blockchain, created by Yuga Labs. An NFT, or non-fungible token, functions as a digital item’s deed of ownership, allowing purchasers to verify that they hold the one-and-only form of that picture. In this example, buyers get an illustration of a bored-looking ape with randomly produced qualities and accessories. There are no two photographs that are alike.

The Bored Ape Yacht Club isn’t alone in this regard; various NFT profile pic (PFP) collections, such as World of Women and Cool Cats, have recently sprouted up. The Bored Apes, on the other hand, has a devoted following of collectors, and there are advantages.

What makes them so unique?

The Bored Ape Yacht Club is marketed as an elite club or social organization and holding one of the coveted NFTs grants you access to it. It gives customers access to a private Discord server, for example, where other owners, including celebrities, may hang out and talk. Apes also seem to congregate on social media, where the increasingly recognizable avatars have formed a virtual fraternity.