The acquisition will help BYJU's wider objective of closing the learning gap among children in the United States. 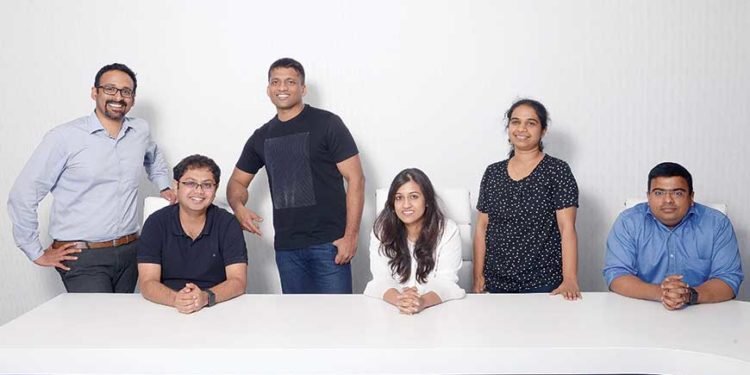 BYJU’S, a Bengaluru-based edtech unicorn, has paid $500 million for Epic, a digital reading platform for children aged 12 and under. According to the firm, this purchase would help BYJU extend its US presence by offering access to more than two million teachers and 50 million students who are part of Epic’s current worldwide user base, which has more than quadrupled in the previous year.

The Epic team noted that they have witnessed rapid growth throughout the epidemic, despite the fact that school libraries, public reading libraries, and other locations have stayed closed.

According to Anitha Kishore, Chief Strategy Officer at BYJU’S, the company is now aiming to generate $300 million in revenue from the US market in the coming year. The edtech behemoth is also planning a $1 billion investment in North America, with the goal of accelerating its expansion in the region.

Suren Markosian and Kevin Donahue, Epic co-founders, will continue in their roles and carry out Epic’s objective to unleash the potential of every kid through reading.

What’s the point of Epic?

In terms of the acquisition, Anitha stated that the team has been in contact with Epic for some time. They’d met the founders five years before and were keeping tabs on the firm.

“There are items for different age groups that focus on learning by watching or learning by playing, while Epic focuses on learning by reading. We feel that this is a lifetime talent. “Epic’s strategy for motivating the future generation via interactive reading aligns well with our aim to assist millions of youngsters to become lifelong learners,” she added.

In a news release, Byju Raveendran, Founder and CEO of BYJU’S, stated, “Our relationship with Epic will help us to offer engaging and dynamic reading and learning experiences for children internationally.” Our aim is to pique kids’ interest in learning and make them fall in love with it.

It was a logical fit knowing that Epic and its products are founded on the same goal. We have the chance to create powerful experiences for children to become life-long learners if we work together.”

What exactly does it do?

Epic was founded seven years ago by Suren Markosian and Kevin Donahue with the goal of bridging the gap between the book and the kid and assisting them in learning better. Kevin told that the inspiration for Epic originated from a personal pain point. Because they were parents, they wanted their children to read more. He claims that because reading is the foundation of learning, they believed that if children could read, they could learn anything.

“At the time, no business was developing a digital reading platform for children. Suren pointed out that it was simple for children to watch a movie or play a game online, but there was nothing that made it simple for them to read a book,” Kevin remarked.

Epic, which focuses on unique material, has over 40,000 books and over 300 publishers on its site. In just one year, almost one billion books were read on Epic.

Suren said, “Our platform enables every youngster to find any book based on their interest and age.” We concentrated on high-quality material and books, and we made it interesting and enjoyable. The goal is to instill a love of reading in youngsters. Children are increasingly requesting to read Epic on their own initiative.” He went on to say that Epic is presently one of the largest digital reading programs for children and that it is utilized in nearly every school in the United States.

Why did Byju choose the acquisition route?

“When we met with Anitha and Byju to discuss a prospective collaboration, we realized we spoke the same language and understood the significance of education and how technology can help reach a lot more students throughout the world. We realized we could accomplish a lot more together as we talked.

While Epic is located in the United States, it tackles an issue by reaching children all around the world. “By instilling a lifelong love of reading and learning in our children, we can assist and empower future generations,” Suren continued.

While the crew had been approached by a number of organizations in the previous year, they believed BYJU’S was the greatest fit. Suren adds that it was a significant and difficult decision for both him and Kevin to make because they were both passionate about the subject and the company made a big impact.

“Because we had large global ambitions, we believed this was the quickest method to get our products to market worldwide. We realized that by joining forces, we might expedite our worldwide growth,” Suren explained.

Reading fluency, according to the researchers, is critical for academic development since difficulties with this skill might interfere with a student’s ability to study other topics as they progress through the grades.

“We felt comfortable with Byju and Anitha in terms of vision and culture, and we look at learning from a global perspective,” Kevin added. We recognized a potential to take this to the next level, as well as how complementary the two businesses’ products are.” He said that it is also an excellent chance for BYJUs to enter the US and establish a global learning brand across international borders.