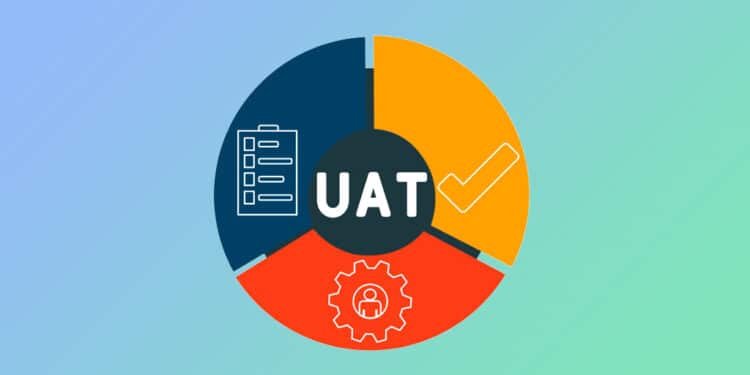 Enterprises are always skeptical about releasing a new product into the market. Whether or not a product meets marketing challenges, cannot be determined by simply working on the requirement doc. Unless the product is used by real-time users, it’s difficult to estimate the product’s success in the market. Only through real-time user feedback, you will understand whether the product meets user requirements. Here, UAT comes into the picture. UAT is performed by experienced professionals or actual users. It’s the final stage of the development process. At this stage, UAT is performed, feedback is taken from the real users and their suggestions are implemented.

UAT proves to be very useful for business, as real user feedback helps in meeting the exact customer requirements. Many organizations overlook this process due to time or resource limitations. If done right, UAT testing can prove to be very profitable. Like any other process in the development lifecycle, there are certain challenges that might obstruct the UAT testing process to be constructive and seamless. So let’s have a look at the major challenges of UAT testing.

New requirements from the stakeholders

Companies can request changes at any point during the development of the product. These changes might be dictated at the later stages of the life cycle consuming a great time and resulting in delays and hinders during the entire process. It’s important to allow a good amount of time for UAT as it’s essential to implement the feedback properly. Hence, if earlier stages of UAT were delayed, then there would be very little time for UAT to meet the deadlines. This results in overlooking bugs during UAT. Hence it’s very important to plan all the stages and make quick and timely decisions during the entire lifecycle.

It often happens that testers not having knowledge about the current business process are hired. This affects the quality of UAT testing. It mostly happens that there is a shortage of resources and also UAT testing is near the deadline for product deployment. Hence time limitations during such situations lead to hiring untrained professionals. So it’s imperative to be well aware of the professional expertise expected for a project and hire resources accordingly.

Having enough time bandwidth for UAT testing is important for the proper implementation of feedback by testers. But often, due to the delays caused in the earlier stages of the life cycle, a very less time frame is left for UAT testing. This leads to overlooking of the bugs by testers resulting in poor performance. Hence, proper planning must be done to execute the test automation practices on time during the earlier stages of the development lifecycle so that there is enough time left for UAT testing.

UAT testing when done right is extremely valuable for business. Hence QA teams must address the challenges and obstacles wisely and focus on implementing a seamless process for UAT testing. The above-mentioned challenges must be noticed and considered before implementing UAT testing.