Cruz Foam recently increased its seed round to include Leonardo DiCaprio and Ashton Kutcher in order to meet the demands of its first large customer, Whirlpool. 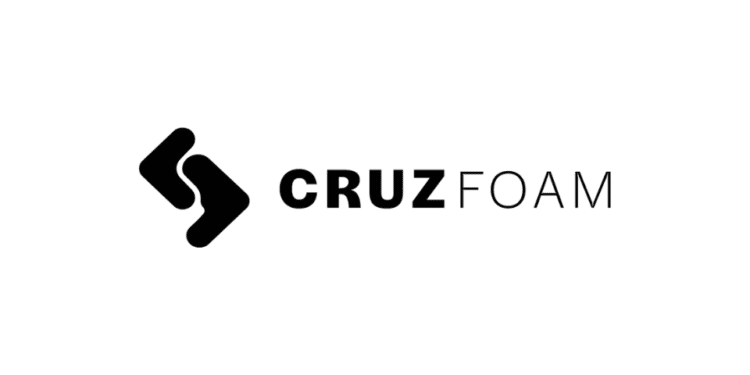 Plastic foam, such as Styrofoam, is a pervasive, hazardous, and almost eternal single-use substance that has long been in desperate need of a suitable, green substitute – and Cruz Foam is here to provide it. The business manufactures a rigid yet biodegradable packaging foam from shrimp shells generated (and wasted) by the fish industry. It just increased the size of its seed round to include Leonardo DiCaprio and Ashton Kutcher and is ramping up to meet the expectations of its first significant customer, Whirlpool.

Chitin is the substance that makes up the shells of shrimp, crabs, and other sea-dwelling crustaceans. It is robust and adaptable yet decomposes rapidly and safely, just like any other portion of a live species. The best part is that it is generated in massive amounts by the seafood industry. There are almost no applications for the material, which results in hundreds of tons of shells piling up outside shrimp processing factories, which end up in landfills. Individuals are paying someone else to remove this blunder.

Cruz Foam’s invention is a patented technique for this excess chitin in which shells go in one end and come out the other as a lightweight, resilient sheet of foam with many of the benefits of EPS. It may virtually be substituted for conventional petroleum-based packaging material and molded and cut to almost any form. (And, in case you’re wondering, the stench is not that of old shrimp.)

Chitin is combined with starches and low-grade fibers; the business said in an email that fungus, hemp, recycled paper, and other sources also play a role. If you tossed this in your garden, it would disappear in less than a month. (Or more; similar to ordinary compost, the rate varies according to moisture and temperature.)

Initially, the business experimented with various formulas, discovering that the foam could be modified to satisfy a variety of shapes, stiffness, and other needs. Felts stated that they had not found an upper limit to what they could achieve with this foam. However, it is not only about cost savings; it is also about creating a product that fits into the ecosystem, all of these current processes, and has an end of life. They do not want to introduce materials that will create more problems.

The firm maintained operations for a while, following the writer’s meeting them with an SBIR award from the National Science Foundation. The Phase I and II awards, provided more than $2 million in non-dilutive funding to operate. 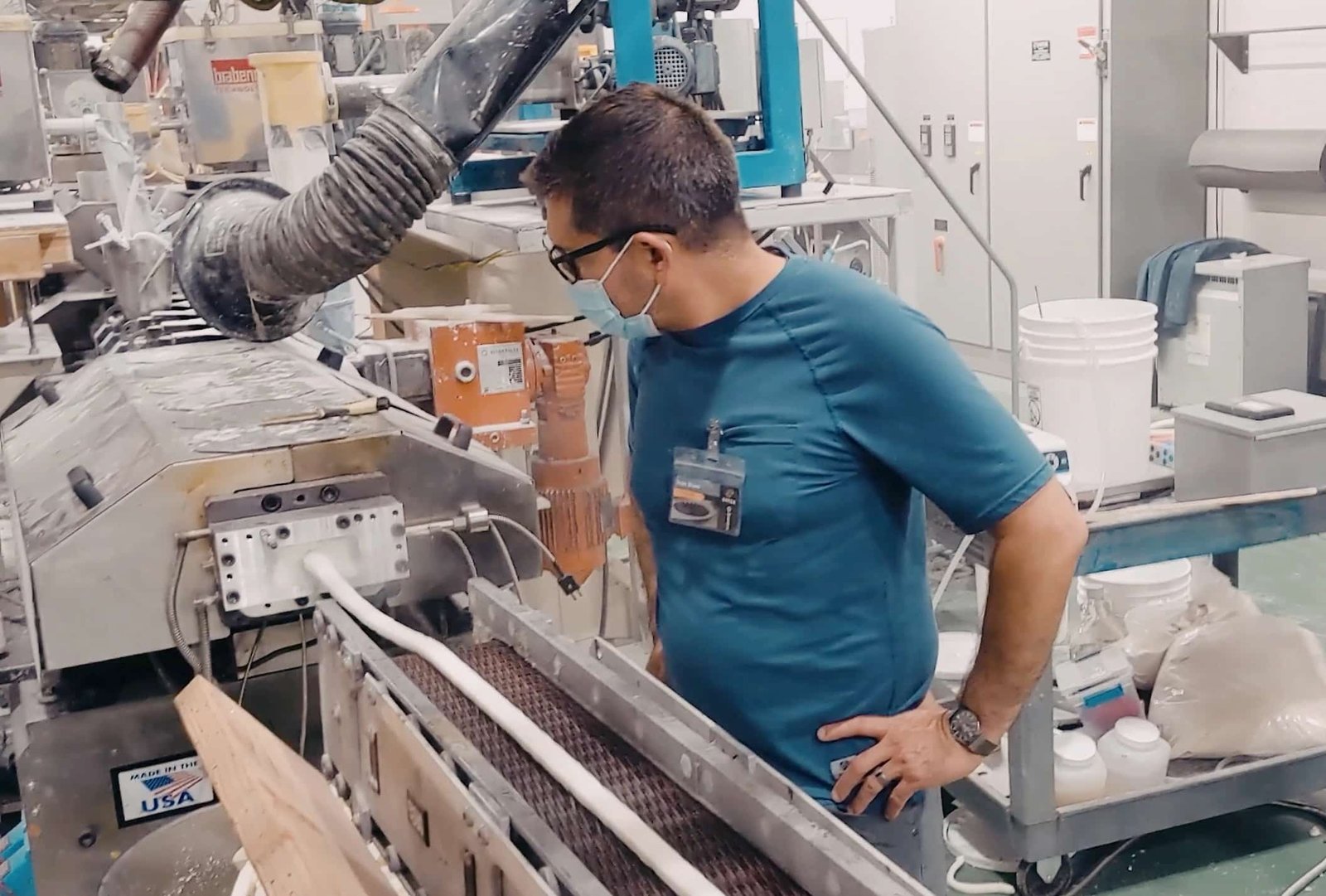 From prototypes to mass production

Whirlpool is one of those corporations that has historically relied on Styrofoam and other plastic packaging materials but has been reforming itself in recent years with a commitment to 100% renewable energy.

They are going above and above to eradicate the use of non-recyclable and single-use plastics as a manufacturer of tens of millions of goods each year because it is the right thing to do, according to Ron Voglewede, Whirlpool’s Global Sustainability Director. Eliminating Styrofoam from large, heavy appliances is exceedingly tricky. Any shortcomings in the final product result in a substantial loss of embedded carbon if the device is destroyed during shipment. They seek innovation from all sources and recognize that the most innovative ideas may not always originate with the industry’s incumbents.

Whirlpool collaborated with Cruz Foam to develop a replacement for one of the last remaining pieces of expanded polystyrene (EPS) used in its appliance packaging: a set of little molded feet that assist immobilization and cushion items such as stoves in the boxes they are sent in. Cruz Foam can readily produce this shape (unlike, for instance, molded food containers, which are likely doable but require special gear), and Whirlpool requires millions of them. Suddenly, this shell-based foam transformed from a promising experiment to a commercially viable product.

Felts stated that they are in discussions with multiple other firms to give comparable items – the agreements are confidential. Still, large makers of televisions, food, beverages, and even automobiles and parts are involved. It’s been continuous. They’ve had to fend off onlookers, Felts explained.

In spite of a few missteps, the writer kept in touch with Cruz Foam because it felt like they were always in the “we’re about to” phase, with huge potential that would soon be realized — but COVID and other realities of non-software startups (for instance, they need manufacturing space and logistics partners all over the country) intervened. There is a real-life order for millions of pieces. With the maturation of the technology and a market eager to pay more for environmentally friendly alternatives, the firm appears set for prominence.

As Cruz Foam has now secured around $5M in financing on top of the $2M in SBIR funding. The latest adjustment of the seed round set it at $3.375M, but that round in late 2021 was valued at $2.5M. The game was extended to incorporate Hollywood actors Leonardo DiCaprio and Ashton Kutcher’s (via SOUNDWaves) investments; easy math puts the difference at $875K, although no additional details were provided regarding their shares. Their roles are advisory, of course.

Kutcher spoke about his investment strategy, which he has used for a few years. DiCaprio is fresh on the VC scene but has long been interested in social and climate campaigning. DiCaprio: Cruz Foam is taking a huge step in decreasing the environmental effect of the supply chain business. The objective piques my interest in becoming an investor and adviser to eradicate single-use plastics in the continuous fight for a cleaner and more sustainable world.

According to Kutcher, as the industry shifts away from petroleum-based goods and toward new biomaterial technologies, Cruz Foam’s consumer packaging has enormous potential.

The previous seed investors included Tom Chi’s At One Ventures (he also met Felts in Alaska), the Sustainable Ocean Alliance, the Sony Innovation Fund, and Regeneration. VC. It’s important to point out that DiCaprio is also an investor and advisor with Regeneration.VC, but they invested separately here, and his role as an advisor with Cruz Foam is equally distinct.

Cruz Foam’s goal, according to Felts, is to become a significant materials innovation firm by using the material’s adaptability beyond EPS replacement. Even while it may be game-changing for a large part of the business, the writer argued in one of our meetings that the company’s future wasn’t only a foam manufacturer but the “Chitin King,” turning shrimp into gold.

Though they started with foam, they believe there is a lot of potential for this material beyond that, which prompted him to think about it. Injection molding, adhesives, and so forth have all been investigated. They’d like to be a chitin-based digital innovation firm if they could. Their goal is to develop new technologies based on unique sorts of materials that may be used in various sectors. Any scarcity of raw materials is unlikely to occur shortly. Insect-based protein and feed firms face a similar challenge even if shrimp supplies are depleted in the future.

According to Felts, three, four, or five bug firms have called them to inquire about these waste bags full of dead insects. Not the type of call you’d expect to get, but this is an exception. Regulation, however, is a roadblock in the way of this opportunity’s full realization. Regulatory frameworks for composting and collecting at scale aren’t ready for this type of green innovation, not because the government opposes it. You may designate things as “safe for landfill,” “industrially compostable,” or “yard garbage,” among hundreds of other options for how you want to handle all of this various rubbish.

As Felts stated, it would degrade in a month or two in your garden, but not everyone has a garden, and even those who do may not want disintegrating sheets of chitin in their garden, for whatever reason. If the firm and its products are successful, they must be accepted into an existing trash category, which necessitates a lengthy negotiating process with local, state, and private authorities.

The end of life, recycling, and other infrastructure are so complicated that it’s a separate debate. Much industry uniformity is needed in terms of how these things are communicated. If a product has more than five different labels on it, “people don’t read them; they toss it away.” Even while biodegradable materials are abundant, the new green and circular economy have to include them from the ground up. They want people to know that there are products like Cruz Foam that can be composted at home in the green bin or thrown in the yard garbage. It can’t be too complicated.

In the short term, however, a firm just getting its feet beneath it and seeking to complete its first significant order to begin satisfying the demand of other enterprises knocking at its door is all that matters. To continue turning shrimp into gold, Cruz Foam has a long-term strategy in place and hopes to raise money again soon, potentially as soon as the summer.