Elon Musk was sued for $258 billion on Thursday by a Dogecoin investor who accused him of running a pyramid scheme to support the cryptocurrency. 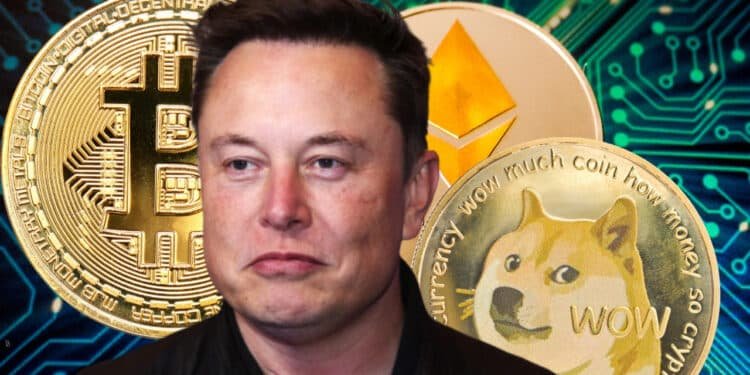 Billionaire Elon Musk has long been outspoken in his support for joke coin Dogecoin, and his regular comments about the cryptocurrency led it skyrocketing in the first half of 2021.

However, when the euphoria around the coin faded, so did the price. As predicted, some investors got caught up in their free will and lost money.

On Thursday, a Dogecoin investor sued Elon Musk for $258 billion, accusing him of conducting a pyramid scheme to promote the cryptocurrency.

Plaintiff Keith Johnson accused Musk, electric vehicle firm Tesla Inc, and space tourism company SpaceX of racketeering in promoting Dogecoin and pushing up its price, only to see it plummet.

The revised action, filed on Tuesday night, says Musk and his firms Tesla, SpaceX, Boring Co., and others increased the price of Dogecoin by over 36,000% over two years before letting it fall and profited at the cost of Dogecoin investors.

Musk tweeted “Defendants were aware since 2019 that Dogecoin had no value yet promoted Dogecoin to profit from its trading,” the complaint said. “Musk used his pedestal as World’s Richest man to operate and manipulate the Dogecoin Pyramid Scheme for profit, exposure and amusement.”

Despite knowing all along that the currency had no intrinsic value and that its value “depended solely on marketing,” the defendants “profited tens of billions of dollars” as a result at the expense of other Dogecoin investors, the complaint claimed.

Keith Johnson, who had incurred losses as a result of the DOGE price decrease, decided to confront the “Dogefather.” Johnson then launched a hefty $258 billion lawsuit against Elon Musk, accusing the billionaire of orchestrating a pyramid scheme. The case has now grown in size as additional plaintiffs have opted to join in.

The case also includes quotes from Warren Buffett, Bill Gates, and others who have questioned the worth of cryptocurrencies. Tesla, SpaceX, and Musk’s lawyer did not reply quickly to demands for comment.

Johnson’s lawyer did not immediately reply to questions for comment on what particular proof his client has or expects to have proving Dogecoin is worthless and the defendants conducted a pyramid scheme.

Johnson is suing for $86 billion in damages, which he claims represents the loss in Dogecoin’s market value since May 2021, and wants the amount tripled.

He also wants Musk and his firms barred from marketing Dogecoin, as well as a judge to rule that trading Dogecoin is illegal under federal and New York law.

According to the lawsuit, the selloff of Dogecoin began around the time Musk presented the NBC show “Saturday Night Live” and, while playing a bogus financial expert on a “Weekend Update” piece, dubbed Dogecoin “a racket.” Tesla said in February 2021 that it had purchased $1.5 billion in bitcoin and had briefly accepted it as payment for autos.

More people are joining the lawsuit.

The $258 billion lawsuit against Elon Musk now has more plaintiffs, according to a fresh amended complaint filed in a Manhattan federal court on Tuesday. In total, seven additional plaintiffs and six new defendants were identified in the action.

The complaint stated that the millionaire was accused of conducting a pyramid scheme that promoted Dogecoin, resulting in investment losses. The plaintiffs claimed that Elon Musk and the six other defendants mentioned in the lawsuit made billions of dollars from Elon Musk’s cryptocurrency speculation. It further accused Musk of pushing Dogecoin while knowing that it had no fundamental value.

Dogecoin was trading at around 5.8 cents on Thursday, down from its top of almost 74 cents in May 2021. Musk’s other companies, including SpaceX, Tesla, and Boring, as well as the Dogecoin Foundation, were mentioned in the initial case, which was filed in June. In addition to the $258 billion in damages, Johnson said in the initial lawsuit that he wanted the millionaire to stop promoting the meme coin.

Despite the enormous lawsuit filed against him, Elon Musk has maintained his support for Dogecoin. In fact, the billionaire publicly announced approximately a month after the case was filed that he would continue to support the cryptocurrency.

Musk’s enthusiasm for the meme coin is also evident in the fact that both he and his automaker Tesla continue to own the cryptocurrency. Musk told the community that Tesla will maintain its Dogecoin position after selling 75% of its Bitcoin holdings.

There has been no comment to the case from Musk, Tesla, SpaceX, Boring, or the Dogecoin Foundation.