This round was headed by the venture capital company recognized for its ScaleUp program, which helps Internet firms speed their expansion. 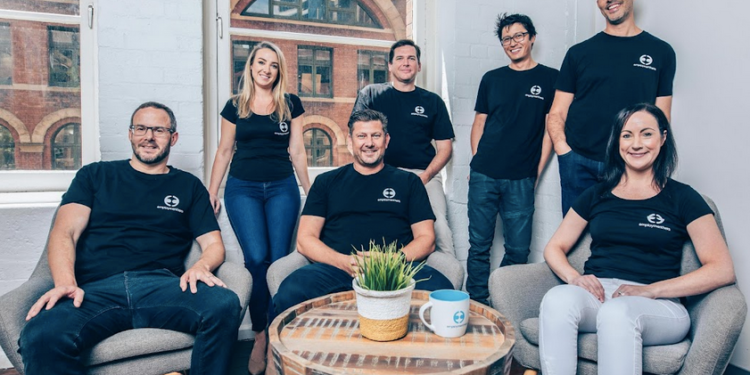 Four months after announcing its last round, Employment Hero has raised another $140 million AUD (about $103 million USD). Insight Partners led the Series E round, which was headed by the venture capital company recognized for its ScaleUp program, which helps Internet firms speed their expansion.

Employment Hero is a platform for SMEs that automates human resources, payroll, and benefits. The firm, which was founded in Sydney in 2014, is currently growing in Southeast Asian and Western European markets. Its latest fundraising announcement was a $45 million AUD Series D led by online employment portal SEEK in March, at a previous valuation of over $250 million AUD.

Now, in less than six months, Employment Hero has increased its worth by $800 million by achieving 133 percent year-on-year recurring revenue growth. Employment Hero, co-founded by chief executive officer Ben Thompson and chief technology officer Dave Tong, is utilized by 6,000 firms with a total of 250,000 employees. According to the firm, the platform handled $14 billion in gross compensation in the last year.

Thompson says, “We always believed Insight Partners would be a wonderful partner.” “We’d been talking with them for years, so when they asked if we’d explore raising, we decided it was absolutely worth investigating. As it turned out, all of the stars aligned, and we struck a transaction that made sense and allowed us to continue expanding without having to return to capital-raising mode.”

Over the last year, Employment Hero has increased its staff by 65 percent to 325 full-time employees and has implemented a permanent remote-first work style. The fresh funds will be utilized to expand the company’s engineering teams and to continue its worldwide expansion.

In October 2020, Employment Hero began expanding into new areas, introducing localized versions of the platform in New Zealand, the United Kingdom, Malaysia, and Singapore. Thompson stated that Employment Hero will continue to focus on Malaysia and Singapore through the end of the year, while also investigating methods to cross-promote SEEK’s goods and services across Asia. Following that, it intends to launch Employment Hero in Indonesia, Thailand, the Philippines, Hong Kong, and Vietnam.

Employment Hero begins by localizing the platform with employment contracts, policies, leave regulations, and pay standards. The system next interacts with tax authorities and pension funds before focusing on local benefit providers to obtain savings on non-discretionary expenditures for customers such as health insurance and mortgages.

During the epidemic, Employment Hero’s teams switched their focus to assist businesses in adapting to a scattered workforce, according to Thompson. Global Teams, a professional employer organization (PEO) solution that publishes job opportunities to over 1,700 employment boards and assists organizations in onboarding and managing remote workers, is one of the services it introduced. Employment Hero is also collaborating with recruiting firms to assist employers in finding remote workers.

“While it’s still early days for Global Teams,” Thompson said, “it’s clearly popular,” with dozens of firms in Australia, the United Kingdom, and New Zealand using it to hire individuals from 21 countries.

According to Employment Hero’s Remote Work Report, which was issued in June, 94 percent of respondents intend to continue working remotely at least one day each week, up from 2 percent a year earlier. Meanwhile, 74% of businesses polled by Employment Hero said they want to retain flexible working options when COVID limitations are repealed, up from 64% in 2020.

“We are seeing businesses embrace remote work as a competitive advantage since it broadens their available talent pool and aids in employee retention and engagement,” Thompson added. “Employers are now asking how we should do things differently if we wish to work remotely indefinitely. This involves genuine intent and instruction, but it is far preferable than losing outstanding people by forcing them to return to the workplace five days a week.”

Insight Partners managing director Rachel Geller stated in a statement announcing the investment, “We have been following Employment Hero’s journey for four years and have observed the outstanding and continuous growth seen by the firm.” Its customer-centric solutions have been accepted internationally by the small and medium-sized company community, and we look forward to assisting them in the next stage of their growth journey.”