Stream movies with spatial audio that simulates the theater experience. 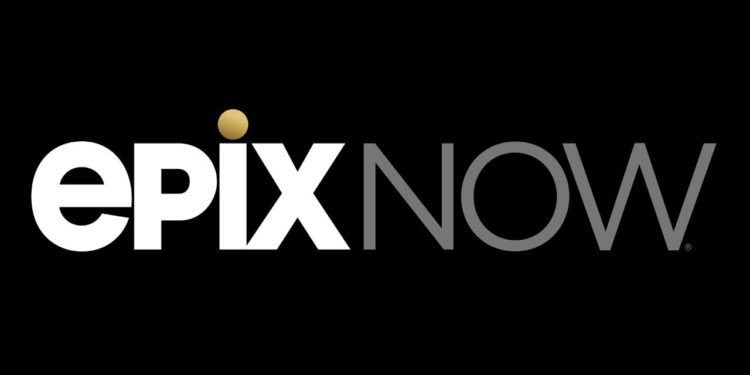 What is EPIX NOW app?

Don’t we all find solace in watching shows when we’re bored? EPIX NOW is a streaming service that you can pay for monthly without having to sign up with a TV or digital provider. With EPIX NOW, you can watch EPIX Original Series like Belgravia, Godfather of Harlem, War of the Worlds, Pennyworth, Slow Burn, and Get Shorty on-demand, as well as thousands of movies and more. Subscriptions are available through Google Play, iTunes, Roku, and the Amazon AppStore.

With an EPIX NOW subscription, you can watch new episodes as they air each week, as well as stream thousands of movies, documentaries, and other shows live or on-demand, all without interruption. Enjoy streaming with spatial audio that simulates watching a movie in a theater. Relax and enjoy EPIX NOW’s Live TV channels, which allow you to watch what is currently airing uncut and commercial-free. 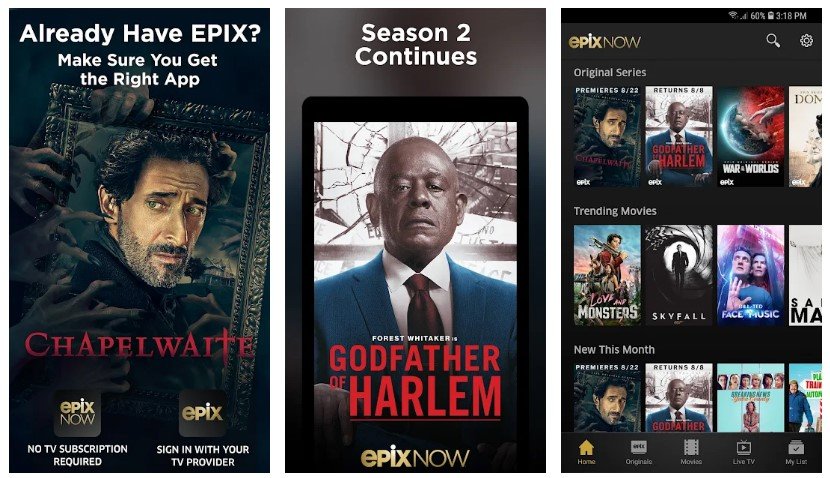 Sign up now to take advantage of a limited-time introductory offer and stream from any location, at any time. You’ll only have to pay $5.99 per month after that. You are free to cancel at any time. Introductory offers are only available to new and eligible returning customers. After three months, your credit card will be charged unless you cancel. Unless you cancel, your EPIX NOW subscription will renew each month automatically.

New episodes are made available to watch on-demand at midnight. ET on the day they air.

When a new EPIX NOW original series or season premieres, they like to give subscribers,, and potential subscribers a sneak peek – often an early sneak peek – at our programming. If you are a subscriber, you will have access to all new episodes as soon as they are released.

If you’ve logged in to EPIXNOW.com and are having trouble activating your device, the 6-digit code you’re using may have expired. The code generated is only valid for one hour. Return to your EPIX NOW app and refresh the Activate screen to develop a new code. To complete the setup, you must remain on the Activate screen.

If you subscribed through your EPIX NOW app and want to cancel, you can do so on your device.

Please ensure that both of your AirPlay-enabled devices are on the same network. Tap your iPhone’s screen to bring up the media controls, and then tap AirPlay (you will see a list of available devices, including your Apple TV). Choose which Apple TV you want to send the video stream to.

If you have a subscription and want to watch movies or shows, you will be prompted to activate the app when you launch EPIX NOW on your Roku.

Activate can be chosen from the start-up screen, or it will appear the first time you press the watch button on any content page.

On the screen, you will see a code with instructions on what steps to take.

Follow these steps, but don’t leave the activation page until the setup is complete.