Google announced that its maps can now tune its eco-friendly navigation for gas, diesel, and electrified vehicles.

Google is expanding its options for eco-friendly routing on Google Maps to 40 additional European countries. 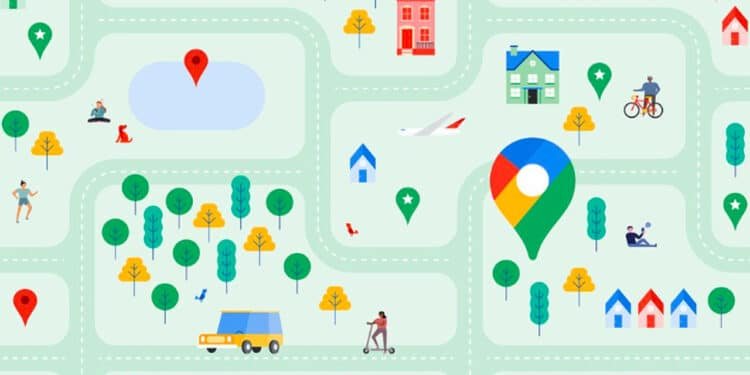 Google announced that it is expanding its eco-friendly routing choices on Google Maps to 40 more nations in Europe, making it even more powerful by allowing you to choose what fuel your car runs on.

The eco-friendly route, which was initially launched in the United States and Canada last year, will promote more fuel-efficient routes rather than the fastest. The environmentally friendly path is labelled with a leaf.

The business is also introducing a new tool that allows car owners to select the engine type of their vehicle to receive customised suggestions for fuel-efficient routes best suited to the engine.

In the next weeks, customers will be able to navigate to the above-mentioned options and pick the engine type petrol or gas, diesel, hybrid, or electric vehicle (EV).

Google says it will begin rolling out to users in “nearly 40” European countries, including France, Ireland, Poland, Spain, and the United Kingdom, today. (It debuted in Germany last month.)

The environmentally friendly routes were developed in collaboration with a number of universities and research centres, including the National Renewable Energy Laboratory in the United States and data from the European Environment Agency. In addition to engine types, additional criteria such as road grade, traffic patterns, and speed restrictions are considered when calculating a “eco-friendly route.”

Google anticipates that the new feature will save up to one million tonnes of CO2 emissions every year, which is the equivalent of removing more than 200,000 automobiles from the road each year.

The company launched a programme that allows automobile owners to pick their vehicle’s engine type and obtain personalised recommendations for fuel-efficient routes. Users will be able to browse to their settings and pick their engine type, which includes petrol, gas, diesel, hybrid, and electric, in the coming weeks.

This technology is made possible by data from the European Environment Agency and insights from the US National Renewable Energy Laboratory (NREL).

Google built strong machine learning models that were trained on the most common engine types and Google Maps data on driving behaviours. According to Google, establishing environmentally friendly routes across the United States and Canada eliminated carbon emissions equivalent to 100,000 active automobiles.

Google has pushed people to adopt more ecologically friendly travel routes throughout the years by adding additional capabilities to Google Maps. In 2018, the company provided information on EV charging stations. Google published a bike navigation upgrade in July of this year that included statistics such as the quantity of automobile traffic and road types along routes.

What features will it have?

On some routes, the Google Maps app offers fuel-efficiency predictions. The more fuel-efficient the route, the less gasoline and CO2 your automobile will emit.

Google Maps automatically considers fuel efficiency when selecting routes for you. Most of the time, the fastest route is also the most fuel-efficient one.

When you disable this option, you always receive the shortest route. Google Maps no longer considers fuel efficiency when recommending routes. However, your fuel-efficiency estimations remain visible.
Google Maps will also be able to detect if your vehicle has a diesel, gas, hybrid, or electric powertrain, allowing it to discover the most efficient route for your individual vehicle and offer more precise estimations of how much more efficient the eco-friendly route is.

The method is based on data from the US Department of Energy’s National Renewable Energy Laboratory (NREL) and the European Environment Agency, as well as driving patterns from Google Maps, to train machine learning models based on the most popular engines in certain locations.

“This technology is made possible thanks to insights from the U.S. Department of Energy’s National Renewable Energy Laboratory (NREL) and data from the European Environment Agency. By pairing this information with Google Maps driving trends, we were able to develop advanced machine learning models trained on the most popular engine types in a given region,” the company said in a blog post.

Google Maps calculates fuel economy using data from the National Renewable Energy Laboratory of the United States Department of Energy. This estimate takes into account factors that influence your fuel use and CO2 emissions, such as:

In circumstances where the fuel savings are insignificant or dramatically increase travel time, maps provide relative fuel savings between routes to help you compare.

What have they accomplished since its launch?

Google said that by implementing eco-friendly routes across the United States and Canada, it was able to avoid carbon emissions equivalent to 100,000 automobiles.
Google has sought to encourage consumers to choose more environmentally friendly travel alternatives throughout the years by providing new features in Google Maps. The company initially included EV charging station information to the app in 2018. In July, the business released capabilities for bike navigation that included information such as the quantity of automobile traffic and the sorts of roads along the route.

How to change your maps?

Turn eco-friendly routing on or off after getting directions