The update is intended to reduce incorrect responses and to prevent answering questions that have no conclusive solution. 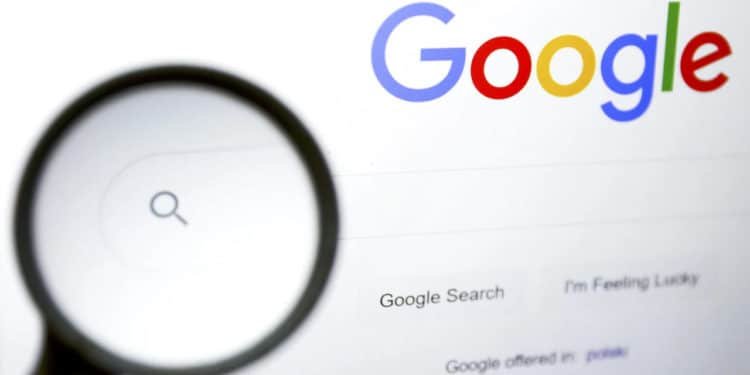 Every day, people turn to Google for information in critical circumstances. Sometimes it’s to find the best supper dish, and other times it’s to double-check the facts on a claim they heard about from a friend.

Whatever you’re looking for, they want to link you with high-quality information and help you comprehend and analyse it. On Google Search, they have made significant investments in both information quality and information literacy.

Google is using its new AI model, Multitask Unified Model, or MUM, to boost featured snippet search results. The modification is intended to reduce incorrect replies and to prevent answering questions that have no conclusive solution.

If you’ve ever Googled something and received a little information box showcasing the top result, you’ve come across one of Google’s “featured snippets.” For many queries, featured snippets are the small bite-sized Google results that the search engine wraps up and places at the top of the page.

The issue with highlighted snippets is that, from the user’s perspective, these results appear to be extra trustworthy – after all, they’re displayed at the top of the results page. Since Google initially launched them years ago, they’ve only grown in popularity, although, like the rest of Google search results, the snippets are algorithmically generated rather than created by human curators.

Google says it is implementing an under-the-hood modification that will enhance the responses consumers see in these info boxes at the top of many search results pages. Google claims that a new AI model called the “Multitask Unified Model” allows its search ranking engine to review its own work. The AI model does this by comparing the top bolded text element of a search snippet result to known high-quality search results to check if they are expressing the same thing, even if they are saying it differently.

Google is attempting to provide more context to its Search results in order to reduce the spread of misinformation by improving contextual data matching for search snippets and providing more supplemental information within Search results, in order will help users decide on which results are most accurate.

To begin, Google upgraded the algorithms that power its Search snippets, which are the immediate answer results that appear in Search searches.

When you search for something on Google, you’ll get a featured snippet – a brief text that gives you a quick summary of what you’re looking for. Sometimes it works brilliantly, and sometimes it utterly misses the mark, but Google is now using artificial intelligence to increase the quality of the snippets.

“By using our latest AI model, Multitask Unified Model (MUM), our systems can now understand the notion of consensus, which is when multiple high-quality sources on the web all agree on the same fact. Our systems can check snippet callouts (the word or words called out above the featured snippet in a larger font) against other high-quality sources on the web, to see if there’s a general consensus for that callout, even if sources use different words or concepts to describe the same thing. We’ve found that this consensus-based technique has meaningfully improved the quality and helpfulness of featured snippet callouts.”

In other words, the algorithm may now double-check given facts and assertions before using them in snippets, which should assist to enhance the accuracy of the results provided.

Furthermore, Google claims that its computers are becoming better at recognising when a highlighted snippet lacks significant context.

This should also assist in cases when snippets aren’t particularly useful. Google presented an example, in which the query “when did Snoopy assassinate Abraham Lincoln” got a snippet with a date and information on the actual Lincoln assassination. This, according to Google, “obviously isn’t the most useful method to present this result.” I tested that query on Google and received no results, which should be suggestive of Google’s new AI model in action.

According to the firm, this upgrade has decreased the triggering of highlighted snippets in such circumstances by 40%.

Aside from this enhancement, Google said that it is expanding its “About this result” feature to new locations, offering more insight on the web pages that were utilised to build a search result. Later this year, the functionality will be offered in eight other languages: Portuguese, French, Italian, German, Dutch, Spanish, Japanese, and Indonesian.

Google also stated that it will begin displaying content alerts in additional locations. These warnings appear when Google’s algorithms are unsure about the quality of the search results they provide, which is common when a topic is rapidly changing.

However, this is unlikely to aid site owners who want to generate traffic from Google. Snippets give instant answers to searches, but they also lessen the need for visitors to click-through to the real site – therefore, although this is an advantage for Google’s UI, it’s not ideal for web administrators and those who rely on Search referrals (i.e. everyone) to bring people to their content.

It also hopes to assist searchers understand why particular results are presented by giving extra information inside its ‘About this result’ feature.

As you can see in this example, the update will contain information on how extensively a source has been shared, internet evaluations about the source or firm, and site ownership information. This might serve to offer significant context for the material presented, which could impact searchers’ perceptions of the veracity of the listed information.

Google is also increasing its ‘Content Advisory’ warnings on search results if its system lacks confidence in the overall quality of the available results.

Google emphasises that this does not suggest that no useful information is accessible, or that a specific result is of poor quality; rather, it merely gives more context about the entire group of results on the page.

Stimulus raised a $2.5M seed round to grow its relationship intelligence platform