Hash stated that with this financing, it intends to empower the country's unorganized small merchants and paanwalas with mobile-first digital products. 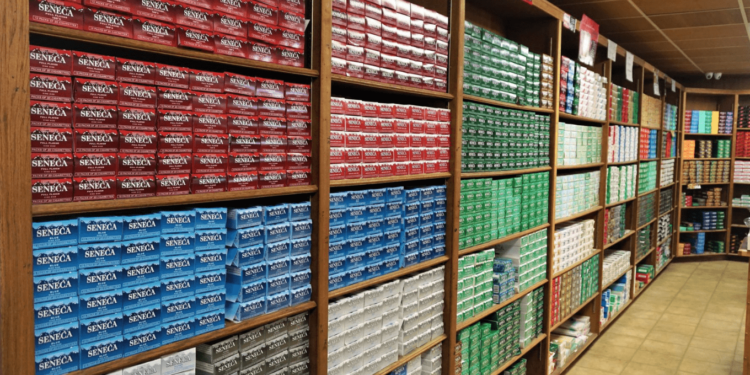 Hash, a D2C millennial cigarette brand, revealed on Friday that it had received almost $3.5 million (Rs 25 crore) in a recent angel round.

Hash, founded by Shwetank Jain, is stated to be devoted to empowering the country’s unorganized small merchants and paanwalas with mobile-first digital products. Hash, which was founded in 2021, is not only aiming to help paanwalas and small shop owners digitize their companies, but also to establish a supply chain and provide credit access to this sector.

Therefore increasing sales of its own brand and other new-generation brands in the nation. Hash, based in Delhi-NCR, claims to be developing technology-enabled solutions that will not only assist in digitise the operations of paanwalas and small store owners but would also help establish an efficient supply chain and provide loans to this segment.

Supply chain management is currently being used in a variety of industries, including health tech, agritech, and even the tobacco business. Companies in the agritech industry, such as RuralBasket and AgriBazaar, address supply chain inefficiencies, whereas startups in the healthcare sector, such as Akna Medical and Meddo, address this issue.

D2C businesses have recently attracted increased investment interest. According to the most recent financing statistics from Inc42 Plus, D2C companies raised $142 million in the fiscal year ending March 2021 (Q1 2021), accounting for 27% of overall funding for e-commerce startups. More notably, between Q1 2020 and Q1 2021, the financing amount for D2C businesses increased by 93 percent on average.

Hash founder Shwetank Jain stated, “The tobacco market has a group of historic players and aging brands.” There is a sizable potential market for newly imagined items aimed at millennials and effectively disseminated through technology. “There is also an urgent need to provide the newest technological solutions to millions of unorganized vendors and paanwalas in order to help in their company growth and efficiency.” We are dedicated to empowering this group of small business proprietors and paanwalas with Hash,” he added.

Hash has the potential to do for cigarettes what BIRA did for the alcoholic beverage industry. “The fascinating challenge is not only to develop millennial-first products but also to transform the way the product is supplied to lakhs of paanwaalas by disrupting the supply chain with technology,” said Kapil Chugh, Fund Promoter, Amrac Investment Trust.

Hash plans to create a team of 500+ experts at all levels, including a sales force on the ground, by the conclusion of the current fiscal year. Moreover, the Delhi-based firm plans to expand to other important cities in North India during the current fiscal year. According to a business statement, Hash has developed a network of 1,000 small store owners and paanwalas in just three months of operation. It will now develop mobile-based solutions for improved supply chain management and company expansion.