From the Metaverse to NFTs, how Blockchain Technology is changing the world

The development of blockchain technology has undoubtedly sparked the enigmatic yet paradoxical push that may be leading the world towards the complete merging of man and machine. 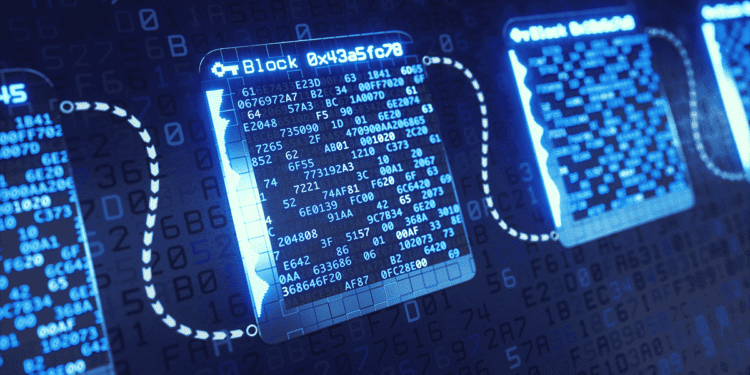 Over the last five years, digitalization has grown at a breakneck pace. The digital world is increasing at an exponential rate no matter where you look. People are growing increasingly accustomed to technology, and the more we use it, the more reliant we become on it. Smartphones, laptops, and the internet are now available to the great majority of people. The way we live and work has radically altered as a result of this. Many sectors have shifted as a result of the growth of digitalization. In order to compete, several sectors have been quickly digitizing.

One of the first industries to be impacted by digitization was the banking industry. Banks, credit card firms, and payment processors have all adopted new technology to improve their services and make them more user-friendly. Law, government, healthcare, and education have all experienced tremendous changes as a result of digitization. To function in the digital age, new types of records, electronic signatures, and digital identities are necessary. These are just a few instances of how the digital age affects our daily life. We will continue to witness additional changes as digitization progresses. On a global scale, the digital world is also transforming how we operate. Let’s take a look at what this means for society as a whole.

Some metaverses have their own native tokens, such as $VIMP on the Vimpto Worlds platform or $APE in the BAYC metaverse, that may be used to buy virtual reality content, digital assets, and metaverse objects with real-world application and value. The blockchain community has coined the term “metaverse” to depict a Web 3.0 blockchain-based digital universe.

Non-fungible tokens (NFTs) are digital tokens that represent a tangible asset, such as real estate. They’re utilised to open up new markets and extend the usage of assets that aren’t commonly utilised right now. NFTs can be used for a variety of purposes, including in-game purchases, prizes for content creators, awards for content watchers, and tips for users who engage in content reviews. Because NFTs are stored on the blockchain, they are irreplaceable. As a result, they may be transferred and exchanged just like any other market asset. NFTs are divisible, which means that one token cannot be exchanged for more than another, unlike tradable assets like as equities or commodities, which are divisible and marketable in limitless amounts.

To summarise, NFTs are a blockchain-based digital currency that allows digital things (such as art or photographs) to have a unique value based on scarcity, provenance, and authenticity, all of which can be validated through on-chain transactions.

The digital landscape is always changing. However, blockchain technology breakthroughs and applications are transforming the world of digital assets and even finance as we know it. With the advancement of digitization, we will see more and more changes. The rapidly increasing digital world is having a significant and obvious impact on our daily lives, and it will continue to do so for the foreseeable future.

Digitalization will have a rapid impact on sectors, corporations, banking, and society. There will be more changes, and we are more equipped than ever to deal with them. Reality as we know it is shifting right in front of our eyes. New technologies are being developed at a quicker rate than we could have imagined, sculpting and chiseling the future. The world’s future is digital, and the world’s end is digital.

To function in today’s digital world, new types of records (such as blockchain transactions), electronic signatures, and digital identity are necessary. While some may find these advancements perplexing and difficult to embrace and comprehend, it is critical to adapt and prepare yourself and/or your company for the brave new world being carved by blockchain technology.

The development of blockchain technology — which is making the digital world more “real” while the natural world quickly ceases to be enjoyably inhabitable without relying on ever-expanding and awe-inspiring technological advancements — has undoubtedly sparked the enigmatic yet paradoxical push that may be leading the world towards the complete merging of man and machine.