How to learn App Development from Scratch?

If you’ve been thinking about getting into the App Development Industry, now is a great time to start. 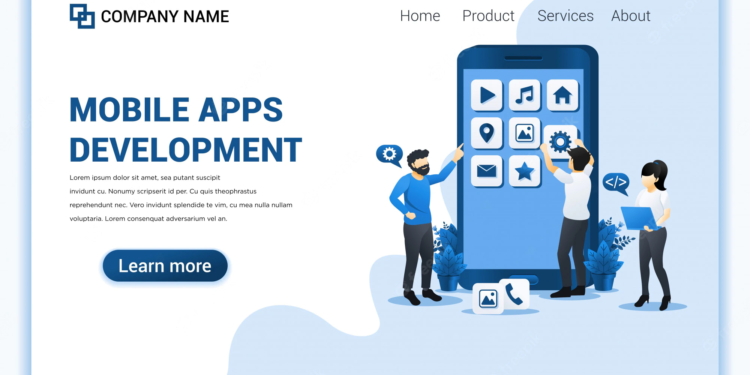 Time and again, there has been a rise in the number of people looking to enter the software development industry. Whether it’s because the apps on your phone are annoying or you want to get paid for something you enjoy doing, learning how to develop apps is a great skill to have. But where do you start? It can be pretty overwhelming trying to figure out exactly what you need to learn and which path is best for you.

This article will guide you through everything you need to know about App Development and how you can become an app developer from scratch. There are many different ways that you can go about learning to develop apps, but first, we’ll cover some basics that apply no matter what path or specific field of software development that interests you.

What is App Development?

App development is the process of building apps for computers or mobile devices. It can be a challenging career path, but it is a creative field with lots of opportunities for creative problem-solving. There are lots of different jobs within the field of app development, such as designing the user interface, programming the app’s functionality, managing the project, marketing the app, and even user testing.

Which Programming Language should you learn?

First, you’ll need to decide which programming language you want to learn. If you’re just starting out, the easiest way to do this is by deciding which platform you want to build for.

There are three major platforms on that you can build apps for iOS, Android, and web apps. All three are built with different programming languages, but they can also all be built using the same language.

The main difference between the three is the user interface, or how the user interacts with your app. With all three platforms, you can use either Objective-C (for iOS) or Swift (for iOS) for building apps. You can also use Java for Android or web apps, or for building hybrid apps (this combines two or more platforms into one app).

Which platform should you build for?

There are some key differences between each platform that you should consider when choosing which one you want to build for iOS – iOS is widely used and it has a huge market share across the globe. There are lots of users who use this platform, so your app will have the potential for high growth.

However, you’ll probably make less money per app than if you built for Android. Android – Android is the second most widely used platform, but it has a much larger market share than iOS. If you think you could make more money per app, this is the platform for you. However, you’ll have to deal with more competition when you put your app on the store. Web apps – Web apps are great if you want to create an app that works across all devices.

Plus, they’re easier to build than apps for one specific platform. However, web apps aren’t as popular as apps for iOS or Android, so you might not make as much money from each app.

Should you go to school to learn App Development?

If you’re interested in the more technical aspects of app development, then yes, you should go to school. Studying in computer science or software engineering program will help you learn the basics of programming, networking, and project management. If you’d rather focus on the creative aspect of app development, then you’re probably better off learning through online courses or a tutorial.

You can also study in a creative field and then take on side-projects on side to practice app development skills. Keep in mind that a lot of universities offer hybrid programs that combine design and technology, which could be a good fit if you don’t know which aspect of app development interests you more.

Online Courses and Tutorials to learn the basics of App Development

If you’ve been thinking about getting into the app development industry, now is a great time to start. With the rise of voice-activated digital assistants like the Amazon Echo and Google Home, there’s never been a better time to learn how to build an app.

If you’re just starting out, the easiest way to decide which language to learn is by choosing which platform you want to build for. All three major platforms have their advantages and disadvantages, so it’s up to you to decide which one is best for you.

Once you’ve decided which platform you want to build for, you can go online to find tutorials and courses that can help you learn the basics of app development. Remember to be patient and take your time, and soon you’ll be well on your way to becoming an app developer from scratch.