Intelligent Implants has developed a new technology for spinal fusion surgery, which involves permanently joining two or more vertebrae together. 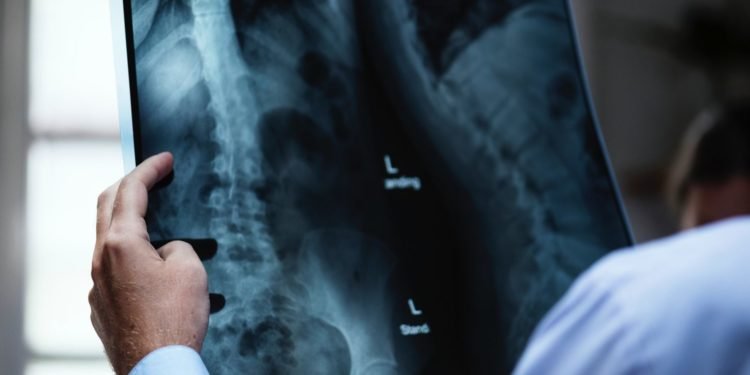 Spinal surgery is not for the faint of heart, even under the best of circumstances, but Intelligent Implants raised €7.5 million ($8.7 million) to make it less painful for those who need it. The innovative implants developed by the company will initially be used in spinal fusion surgery, which involves permanently joining two or more vertebrae together to increase stability, correct deformity, or alleviate discomfort in the patient. Over a million of these treatments are performed each year worldwide, even though they are frequently conducted as a last resort due to the risk of complications or severe discomfort following the procedure.

By using wireless implantable electronics, Intelligent Implants can stimulate, direct, and monitor bone formation in the body. Currently available technology in post-operative care, according to the business, results in the possibility of long-term reliance on physical therapy and pain medication. Intelligent Implants is a new company approaching the market to provide a more technologically advanced alternative to traditional implants.

The intelligent, active implants developed by the business are not the first of their sort. Pacemakers and cochlear implants, both of which have been in use since the 1950s and 1970s, will be familiar to you because they have been around for a long time. Intelligent Implants has made significant strides in developing a system that does not require the use of cords or batteries. According to the manufacturer, the product is put between the vertebrae using the same standard surgical approach as other non-active implants already available on the market.

When the implant is not in use, it is fueled externally via induction, like how your phone might be wirelessly charged. As a result, an electric field is created, which stimulates and drives the production of new bone.

While John Zellmer, CEO of Intelligent Implants, does not desire this operation on anyone, he believes that if someone is compelled to undergo it, they must ensure the best possible outcome. The company has tested on sheep – sheep and goats are the most often used animals in orthopedic research. The startup plans to undertake its first human clinical trials in 2023.

Zellmer claimed that they resolved to confront this challenging problem after a family member had an unfavorable consequence. Additionally, he recognized that their solution would succeed only if their team held extensive subject expertise, a long-term commitment, and the capacity to incorporate their technology into surgeons’ current practices (standard-of-care). They are now more than halfway through the process of bringing SmartFuse to market, and the FDA’s approval validates their strategy.

Before graduating from the SOSV HAX technology accelerator program, the company announced closing its seed round. It received finance totaling €4.5 million ($5.2 million) from the European Union’s EIC Accelerator, which includes SOSV, and an additional €3 million ($3.5 million) from a group of Swedish angel investors.

Bill Liao, general partner at SOSV, building implantable technology is exceedingly challenging, but Intelligent Implants have made remarkable strides. They are happy to continue assisting Intelligent Implants in their mission to help millions of patients and service a market expected to exceed $9 billion in the next several years.

Twitter Spaces: Now available to all Android and iOS users