iOS 16 has been released, and here’s all you need to know about the new features

During WWDC 2022, Apple gave a sneak peek at iOS 16, the latest iteration of the iPhone's operating system. 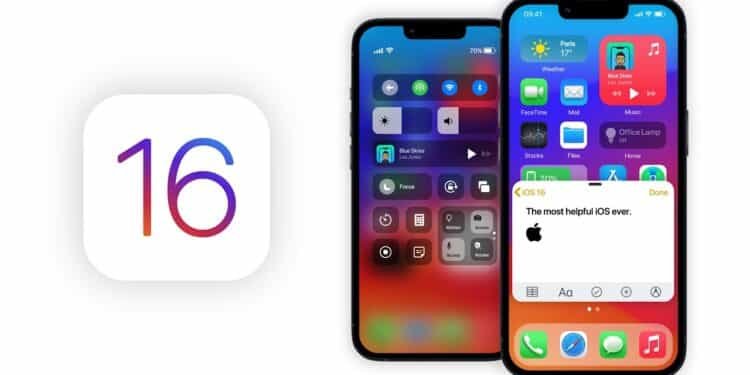 During WWDC 2022, Apple gave a sneak peek at iOS 16, the latest iteration of the iPhone’s operating system. Redesigned, customizable Lock Screens with widgets, the option to edit and delete messages, enhanced Focus modes, an iCloud Shared Photos Library for families, big upgrades for apps like Mail and Wallet, and much more are all included in iOS 16.

In iOS 16, the Lock Screen has been completely overhauled, including widgets, animated backgrounds, and more. Users can build various Lock Screens tied to different Focus settings using the new Lock Screen, which is totally customizable.

Notifications now show along the bottom of the screen, and users can keep track of happenings in real-time with Live Activities. Focus filters, quicker setup, and more configuration options have all been added to the focus modes.

The option to modify or remove messages, as well as flag messages as unread and initiate a SharePlay session, has been added to Messages. Search in Mail has been revamped, and new capabilities such as email scheduling, delivery cancellation, and follow-up reminders have been added.

Apple Pay Later is a new option to pay for Apple Pay goods in fee-free installments, while the Wallet app gets new tracking and buying capabilities, as well as the ability to verify with digital ID and share essential digital cards.

The Health app now has new medication features, while the Fitness app is now available to anyone without an Apple Watch. Safari now offers passkeys and shared tab groups, and the Home app has been completely rebuilt.

Maps now have multistop navigation and improved transport card functions, while the News app now has new sports features. The iCloud Shared Photo Library allows family members to share a collection of photos. Live Text, Visual Look Up, Dictation, Siri shortcuts, Spatial Audio, and other features have all been improved.

The iPhone 8 and later are compatible with iOS 16. Developers can get a beta version of the upgrade now, and the public beta will be available in July. In the fall, iOS 16 will be formally released. 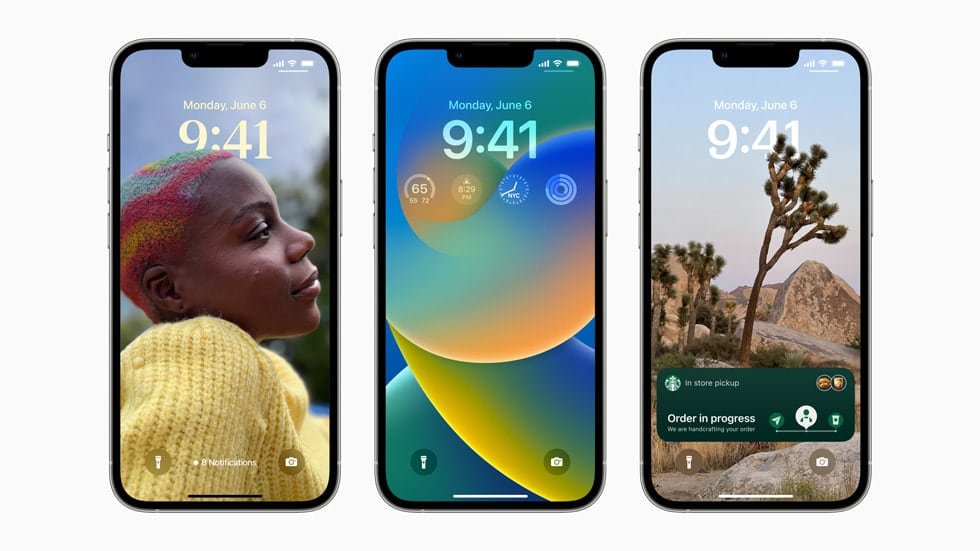 The iPhone’s Lock Screen has been revamped in iOS 16, allowing users to create multiple personalized Lock Screens and simply move between them with a swipe.

Users can choose a new multilayered effect for wallpapers that places the subject in front of the clock, as well as vary the appearance of the date and type with a variety of type styles and colour options. A new gallery features wallpapers for live weather, images of the Earth, moon, and solar system, emoticons, and more, as well as suggestions for users to create personalised Lock Screens.

Notifications in iOS 16 have been changed to roll up from the bottom of the screen, allowing users to see their personalised Lock Screen clearly.

Live Activities is a new feature on the Lock Screen that allows users to keep track of things that are happening in real time, such as a sports game, workout, ride-share, or food delivery order.

Focus Modes have been improved.

Last year, iOS 15 introduced focus modes, which were enhanced and refined in iOS 16, iPadOS 16, watchOS 9, and macOS Ventura. Each Focus mode now has a linked Lock Screen to go with the redesigned customisable Lock Screen in iOS 16. iPhone users can slide between Lock Screens to enable a corresponding Focus mode, in addition to all of the other options to engage a Focus mode, such as in Control Center or via automations. An Apple Watch face can also be linked to a specific Focus.

Users can plan emails ahead of time and cancel delivery of a message up to ten seconds before it enters the inbox of a recipient. If a user forgets to add a key portion of their message, such as an attachment, Mail will alert them. With Remind Later, users can resurface a message at any moment, and Follow Up ideas automatically remind users to follow up on an email if they have not received a response.

Keys and IDs in the Digital Age

In iOS 16, support for keys and IDs in Wallet has been enhanced. Users can use their ID in Wallet to verify their identity and age in apps that require it. For optimal protection and privacy, only the information required for the transaction will be supplied to the app, and the user can review and consent to share it using Face ID or Touch ID. Users may also securely share their house, hotel, business, and auto keys in Wallet via chat apps like Messages, Mail, and others.

Medications have been added to the Health app, allowing users to create and manage a prescription list, set up schedules and reminders, and track their medications, vitamins, and supplements. Users in the United States can simply aim their iPhone camera at a label to add a medicine, learn about the medications they’re taking, and receive an alert if their medications have any potential important interactions.

Users can also simply create a PDF of available health records from connected health institutions immediately from the Health app, and share their Health data with loved ones.

Live Text and Visual Look Up

Visual Look Up expands on photographs by adding a new feature that allows users to tap and hold on an image’s topic to lift it from the backdrop and insert it in apps like Messages. Birds, insects, and monuments are all recognized using Visual Look Up.