Does disliking a video keep it out of your YouTube recommendations? A new study says no. 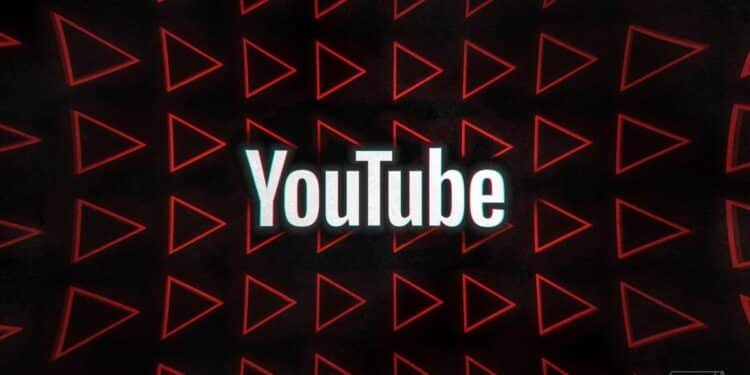 YouTube has millions of hours of material, and the platform’s recommendations algorithm helps to promote relevant content to the main page and other suggested content places. However, according to a new study, the techniques for regulating its suggestions don’t have much of an impact on what appears.

While the video you’re watching is usually the focus of any given YouTube page, recommendations can be found all over the web or even through apps. Recommended videos appear alongside or beneath videos as they play, and autoplay will take you right into another video at the end of the current one, with more recommendations appearing in the few seconds before that next video begins to play.

It’s very unusual, though, for these recommendations to get a little out of hand, and promote things that you aren’t genuinely interested in.

YouTube notes that you may help customise your suggestions by using the “dislike” button, and “not interested” on recommendations, as well as eliminating items from your watch history or utilising the option to “stop recommending” a certain channel.

According to a Mozilla Foundation study using an open-source programme called “RegretsReporter,” these buttons are mostly useless in changing what appears in your suggestions. This result was obtained after analysing approximately 500 million videos that participants watched.

The open-source application added a general “stop recommending” button to the website, which would automatically select one of the four possibilities as part of different groups of participants, including a control group that did not provide input.

Despite using the numerous choices provided by YouTube, these buttons were not judged helpful at deleting “poor” suggestions, those that directly featured content that viewers had indicated dissatisfaction with. The most useful capabilities were for instructing not to propose a video from a certain channel and for eliminating stuff from a user’s viewing history. The button labelled “not interested” had the least impact on suggestions.

However, it has become clearly evident that users are extremely unhappy with recommendation systems such as this.

With the rise of short-form video apps that thrive on recommending similar content, such as TikTok, Instagram Reels, and YouTube’s own Shorts, controls like these have been widely regarded as ineffective by users, who frequently end up seeing the same topic over and over, even if they aren’t actually interested. These platforms are primarily intended to increase user engagement, which they do admirably.

When YouTube’s sophisticated recommendation algorithms steer viewers toward films they dislike, the business urges them to click the “Dislike” or “Not Interested” button to help YouTube’s software propose that type of video in the future. It is possible that the content will be asked not to appear.

According to a new study report, for YouTube users who are displeased with the films that the site has recommended to them, tapping the “dislike” button may not make a significant impact.

According to YouTube, consumers may express their displeasure with material and refuse to watch similar videos in a variety of ways. However, according to experts at the Mozilla Foundation in a paper published on Tuesday, all of these safeguards are rather ineffectual. As a result, viewers on YouTube, the world’s largest video site, continued to get unsolicited suggestions.

According to their analysis titled “Does This Button Work?” researchers discovered that YouTube’s “dislike” button decreased comparable, unwelcome suggestions by just 12 per cent. Hitting “Don’t suggest channel” reduced unwanted recommendations by 43%, pressing “not interested” was 11% effective, and erasing a video from one’s viewing history was 29% effective.

The study is based on data from over 20,000 users who voluntarily downloaded Mozilla’s RegretsReporter, a browser plugin that allows Mozilla researchers to examine people’s YouTube behaviour. The effort intends to offer transparency to the Google-owned video site’s recommendation programme, which has been accused of steering viewers towards conspiracy theories, propaganda, and extremist content.

In addition to the data from RegretsReporter, Mozilla polled over 2,700 users who downloaded the browser extension about their experiences moulding YouTube’s suggestions.

Almost 40% of those polled believe YouTube’s restrictions had no influence on their suggestions. “The significant result is that some of those sentiments of not being in control were stated by individuals – which really appeared in the data,” Becca Ricks, senior researcher at Mozilla and co-author of the study, said in an interview. ” “Overall, a large number of undesirable movies are revealed.”

Elena Hernandez, a spokesperson for YouTube, disputed the study’s findings. “Mozilla’s research does not take into consideration how our systems truly function, so obtaining many insights is challenging,” Hernandez stated in a statement. “We provide users control over their suggestions, including the opportunity to remove a video or channel from future recommendations.”

Importantly, our controls do not filter out whole themes or opinions since doing so might have detrimental consequences for the audience, such as creating an echo chamber.

YouTube’s algorithms propose material on the right side of the video page, inside the video player after it has completed playing, or in a column that appears on the site’s homepage. Each recommendation is customised for a specific audience, taking into consideration factors such as watching history, channel subscription list, and location. Recommendations may be benign, such as another live performance by a band they’re watching, but others claim YouTube’s recommendations may push viewers into controversial and hazardous content.

Mozilla has long been interested in YouTube’s algorithms. Guillaume Chaslot, a former YouTube engineer and outspoken critic of the corporation, was given a fellowship in 2019 to fund his study on the platform’s artificial intelligence capabilities. Mozilla introduced Their Tube, a project they financed two years ago, that allows individuals to examine how YouTube’s suggestions can alter for people with various ideological viewpoints.

YouTube’s content control has recently made headlines. Top executives from YouTube, TikTok, Meta, and Twitter testified before the Senate Homeland Security Committee last week about postings and videos that emerged on their platforms.