ISS Detector app assists you in determining when and where the International Space Station will fly past.

What is ISS Detector App?

The International Space Station Detector can assist you in determining when and where the International Space Station will fly past. Set up your photography equipment to take stunning photographs. The ISS Detector is the most convenient way to locate the station. Learn when and where to look. You can expand the program to see comets, planets, and various other satellites if you want to see more. 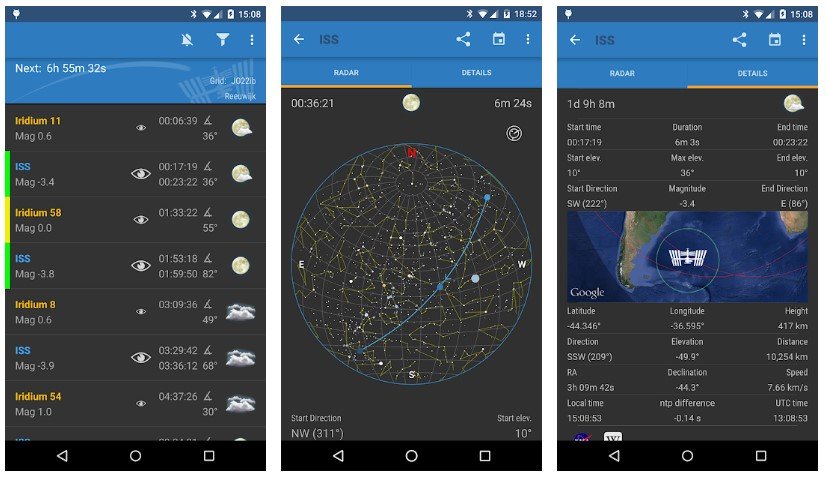 The ISS Detector will inform you when and where to look for the International Space Station. ISS Detector’s functionality will be enhanced through extensions. Many renowned satellites and amateur radio satellites can be added with an in-app purchase. View the Starlink satellite trains, Hubble space telescope, rocket bodies, Vanguard 1, and a slew of other dazzling satellites.

The app has access to the location and can use it to calculate an approximate network-based location. It also checks your network connection for sufficient bandwidth. It connects to Bluetooth devices; thus, it also needs authorization for that. It allows you to access Bluetooth settings. The app has unrestricted network access. The program runs at startup, controlling vibration and preventing the smartphone from napping.

The Finder for Fitbit for iOS app is available for free. Some features, on the other hand, are only available with an in-app payment.