Key App Development questions that developers want to know about

Answered are the questions asked by developers before starting App Development 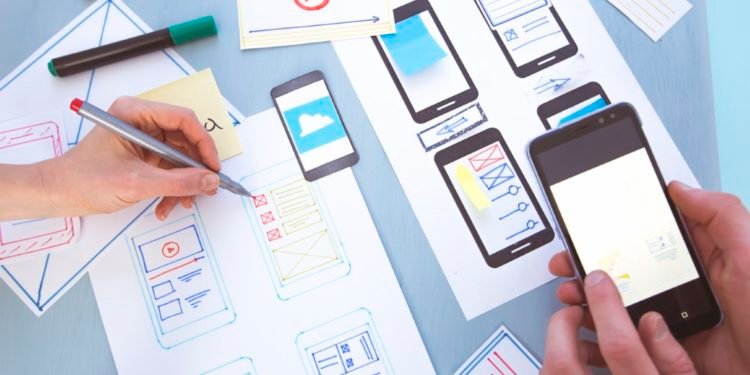 An increasing number of companies are developing mobile apps to achieve different goals. These range from creating brand awareness and attracting more customers, to building better relationships with current clients.

It is estimated, that by the end of this year (2021), over 72.9% of total eCommerce sales will be made from mobile devices. Apps play a major role in the recent, current, and future success of the so-called m-commerce.

With more and more people using apps, it has reached a point where businesses need to join the mobile world or else lose their competitive edge. In most cases, this means hiring a development firm to create a business app. Mobile app development services, however, do not come for free. What’s more, app development firms are not created equal. In light of these factors, you need to think about what to ask an app developer before entering into a contract. Here are five questions that will help you hire the best team for your app project.

Which Mobile Platforms Do You Have Experience With?

Before consulting an app developer, decide whether your application will run on iOS, Android, Windows, Blackberry, or all mobile devices. This of course will depend on prior research done on the type of mobile gadgets your target audience mostly uses. Once that has been established, ask your app developer what mobile platforms they support. Some developers build apps natively for individual mobile operating systems, while others have experience in creating cross-platform web apps. Ultimately, choose an app developer that specializes in the mobile platforms that your application will support.

What is Your App Development Process?

App developers usually have a strategic methodology or blueprint that guides them to perform their work. It is a wise idea to ask about this approach during initial consultations with different developers. A professional team will gladly take you through the nitty-gritty details of their app creation process, right from strategy to design and development.

How Much Will My Project Cost?

Obviously, you want to know whether the services offered by an app development company are within your budget. Keep in mind, though, that mobile app developers cannot give you a definite figure of how much your project will cost until they start to work on it. That said, however, they should be able to quote an estimate on licensing fees and other standard project costs based on the scope of your app.

In addition, find out how amenable your prospective mobile developers are to fixing program bugs. Some of them will charge for this and others will not. Many developers might charge for future updates as well.

Will I Own the Code for My App?

Ask your app developer if they will retain the rights to your application’s code or will all the materials remain in your hands. This is an important matter to clear up in order to avoid any misunderstandings about the ownership of intellectual property. Good developers normally hand over source codes along with the mobile application’s analytics, databases, and web systems to their clients after completing a project. After all, you will be paying for the entire work so it should remain in your possession. This will also make things easier if you decide to take the project to a different app developer.

Are There Samples of Similar Applications You Have Worked On Before?

It is always a good idea to evaluate the quality of work done by an app developer before hiring one. Preferably, be on the lookout for developers who have worked on business apps similar to yours. Download samples of apps they have developed to get a feel of the interface, functionality, and overall user experience. Try to contact the owners of these apps to get their views on what it was like working with a particular developer and whether they were satisfied with the final product. If past clients give bad reviews saying that the work done was sloppy, you might want to look elsewhere.

The suggestions listed above by no means cover all issues that you would want to know about when consulting an app development firm. Article prepared in cooperation with and info support from iDevAffiliate – developer of an affiliate software for over 175 platforms.

Alex is an experienced technical copywriter with a demonstrated history of working in the marketing and advertising industries. Skilled in SEO copywriting, teamwork, B2B marketing strategy, technologies, and marketing. Believe in daily optimizations to drive marketing effectiveness, customer loyalty and above all ROI.