Khula intends to address all the concerns at once, providing farmers with money, access, and a market. 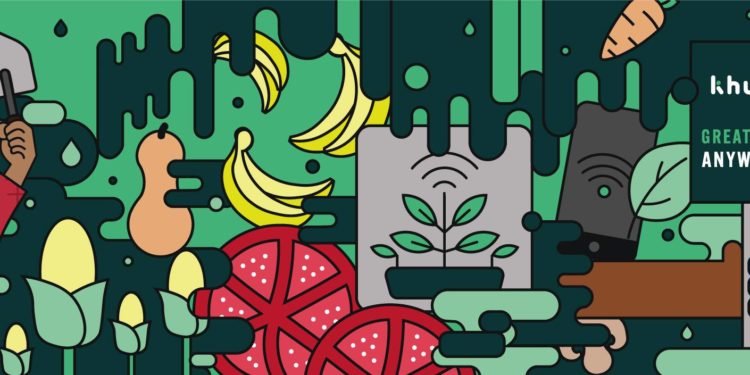 The numerous problems that African farmers confront, such as limited funding, education, and input distribution, continue to have a significant impact on agricultural productivity on the continent. Startups, such as South Africa’s Khula, are proposing novel answers to these challenges. The business, which was founded in 2018, is carving out a place in an ever-expanding sector. It announced a $1.3 million seed financing to expand operations across the country.

On the surface, it appears that agritech in Africa has not grown as rapidly as other tech-driven businesses. However, it has: According to a Farmers Review Africa research, the agritech sector expanded 44 percent year on year between 2016 and 2019, and the continent has the most agritech services in the developing world, reaching more than 33 million smallholder farmers.

Khula was created three years ago by Karidas Tshintsholo, Matthew Piper, and Jackson Dyora. Khula provides tools and a platform to help small and commercial farmers expand their businesses. However, this explanation does not give credit to the difficult challenge Khula is attempting to solve.

How was Khula ideated?

Tshintsholo and Piper were school and business companions before Khula. After dropping out of college a year before graduation, they worked on consultancy projects. However, while it allowed them to interact with customers from diverse professions, the consulting company was not exciting enough for them.

“We always wanted to build something more significant, something important, something that might actually change the way the world works,” Tshintsholo explained. Due to the experiences of both founders, agritech felt like the right path to follow over time.

Africa contains 60% of the world’s arable land. According to research, agritech in Africa is expected to be worth $1 trillion by 2030. However, a trip to Israel made Piper question why the country, despite having half of its area classified as desert, produced more agricultural output than African countries.

“It didn’t make sense to me that we had more land than any other continent,” Tshintsholo said. “And almost everyone on the continent is a farmer, and we’re purchasing more food than we’re selling. We were perplexed as to how that was conceivable, given agriculture’s significant competitive advantage.”

Further investigation and time spent with farmers revealed another issue: how middlemen defrauded farmers in the nation.

South Africa’s agricultural business is recognized to promote industrial agriculture. And, as in most of Africa, smallholder farmers face numerous challenges, ranging from marketing and selling to transportation of their goods and produce.

Farmers often deliver their product to a huge warehouse, where major aggregators pick it up and sell it. The issue here is that most items are sold on consignment, which means farmers have no certainty of making a sale. The commodities, which are largely perishable, are also guaranteed to fall in price, and there is a significant lack of transparency, allowing intermediaries to take advantage of farmers.

“I suppose the light bulb went out for us when we started playing detective. We followed these farmers and observed what large corporations listed on the stock exchange did: go to these real markets, buy products, and then sell to the official market. They would buy it for R3.50 and sell it for R11.00. Other than picking it up and dropping it off, they offered nothing to the value chain.”

Farmers may be able to sell their product to a processor, who will then sell it to a supermarket at a considerably greater price in some circumstances. Individual customers are also sold at a profit by the supermarket. So what a farmer sold for R3.50 ($0.24) may end up costing an individual customer R30 ($2.07). Farmers must also pay commissions to these intermediaries and the towns in which they operate.

“This was when we realized we were in for a fight, and this was the issue we intended to address,” Tshintsholo explained. “However, in order to fix that issue, we did not originally go live. Agriculture can be a highly complicated business. We now have what we term the Khula ecosystem, which is a result of the industry’s interconnectedness.”

Khula intends to address all of these concerns at once, providing farmers with money, access, and a market. The platform consists of three items. Farmers may use the Supplies App to get approved agricultural inputs and services from local and international vendors.

The second is the Fresh Produce Marketplace, which is aimed at farmers facing the aforementioned problems. It enables farmers to sell directly to official bulk purchasers both locally and internationally. The platform attempts to limit the access intermediaries have, which has led to farmer abuse, by allowing farmers to engage and negotiate pricing with suppliers.

The Funder Dashboard then matches institutional investors with farmers who satisfy their financial requirements. “We chose this ecosystem strategy because it is a more sticky business model,” Tshintsholo said. “As a result, we aim to empower farmers to use our ecosystem to acquire the products and services they require.”

Khula has gained some attention since its inception. The firm has signed up over 3,000 farmers, and it now works with over 100 suppliers. The business was selected into the Google for Startups Accelerator Class 6 this year, together with 14 other African startups.

While the business is only now reporting this investment, the transaction was completed last year. It was led by AECI, one of Africa’s largest agrochemical firms. E Squared Investments, a South African impact investor, also took part.

In addition to the financial muscle provided by its main investor, Khula will have access to AECI’s extensive distribution network in order to grow its inputs app. Khula claims that with 132 depots around the country, it can transport items to every province and significant agricultural region.

Tshintsholo believes AECI is the type of investor Khula seeks as it grows: a long-term partner focused on performance rather than quarterly updates.

“We didn’t want an investor at the table who was simply interested in how we did in a certain quarter. We desired a long-term partner who would perform with us. A partner with a stellar industry reputation and an unrivaled distribution network, whose long-term survival was dependent on a business strategy similar to ours. And AECI certainly matches that criterion for us.”