The investment, which gives Leapwork a post-money valuation of $312 million, is the largest ever in Denmark, according to the company, and will be used primarily to recruit new full-time employees. 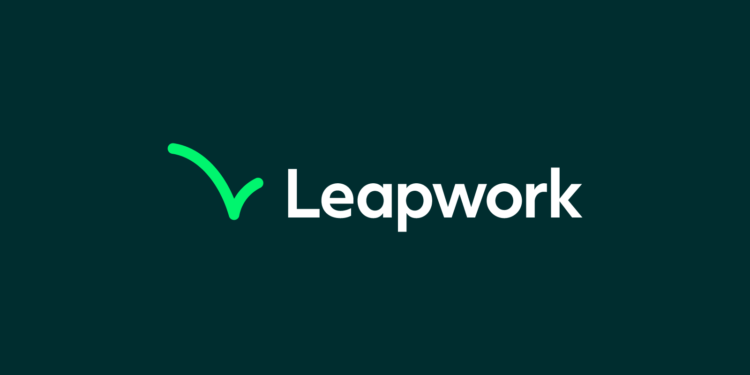 Leapwork, a no-code automation platform, announced today that it has closed a $62 million Series B round led by KKR and Salesforce Ventures. The investment, which gives Leapwork a post-money valuation of $312 million, is the largest ever in Denmark, according to the company, and will be used primarily to recruit new full-time employees.

Companies embraced automation during the pandemic to meet the growing demand for digital customer experiences. According to a recent K2 survey, 92 percent of business leaders believe digital channels and process automation are critical to success in the modern workplace. McKinsey discovered that using automation technologies, CEOs could save up to 20% of the time they currently spend on financial tasks.

Leapwork, based in Copenhagen, was founded in 2015 and provides a no-code automation platform that uses robotic process automation (RPA) to build, maintain, and scale workflows. Claus Topholt, chief product officer and co-founder, said he had a “eureka” moment when he realized flowcharts are an excellent way to describe a process.

“I have a background in enterprise IT and spent many years working for an international investment bank. I realized that many of the major issues in enterprise quality assurance were caused by communication barriers between humans and computers… “I wanted to create something that bridged the gap between humans and computers,” he explained. Flowcharts are a universally understood natural language. They facilitate collaboration and idea-sharing, similar to drawing on a whiteboard. This was the first instance that resulted in the creation of Leapwork.

The no-code platform from Leapwork bridges the gap between business and IT teams by establishing a uniform language for people all over the organization to interact and make a contribution to automation. This is possible thanks to Leapwork’s distinct, visual, no-code approach, which makes things simpler to build, maintain, and scale automation – wherever it is required.

The Reporting features of Leapwork enable comprehensive debugging, activity logging, and video documentation of automation flows. When combined with visual dashboards of results data, this ensures productive and cost-effective quality assurance without relying on developer resources.

Users demonstrate the platform the processes they wish to automate using Leapwork by capturing the procedures in context, verifying the stages, and providing input data when necessary. The software divides processes into “flowchart language” building elements that handle logic and give a graphical depiction of each phase.

Leapwork can perform tests and processes on spreadsheets, databases, desktop programs, and online services, among other things. It can parallelize and launch automation on a schedule or on-demand through an API request, whether it is running in the cloud or on-premises.

Customers are given an overview of what is operating and when it is running, as well as a breakdown of resource use. Leapwork assists in identifying and transforming processes that recur across distinct automation instances, such as login-logout needs, into reusable components.

According to KBV Research, the firm will encounter competition in the intelligent process automation market, which is expected to be valued at $15.8 billion by 2025. Automation Anywhere just received a $290 million tranche from SoftBank at a value of $6.8 billion, while its main rival, UiPath, has garnered $2 billion in investment to date.

WorkFusion, Redwood Software, Blue Prism, Kryon, FortressIQ, ElectroNeek, and Gryps are among the RPA startups and legacy suppliers that have received hundreds of millions of dollars in funding. And IT behemoths like Microsoft, which acquired RPA company Softomotive, and IBM, which purchased WDG Automation, have made advances into the automation space.

The visual design language used by Leapwork distinguishes it from other goods on the market. The firm, which employs 170 employees, claims to have over 300 clients, including teams from PayPal, Mercedes-Benz, and Accenture.

“We really believe our solution enables non-technical daily business users to automate tedious computer operations without knowing how to code,” Topholt continued. Leapwork’s pioneering no-code approach has made it faster and simpler for normal business users and IT teams to adapt. Thus, allowing them to expand automation faster, resulting in less human labor, shorter test cycles, and an instant return on investment.