Learn Korean app allows you to learn the correct pronunciation of the Korean language. It is designed for people who want to learn essential conversational Korean quickly and easily.

What is Learn Korean app?

The Learn Korean app was created for people who want to quickly and easily learn essential conversational Korean. The content is created by leading methodologists and linguists who teach at universities. With the app Korean for Beginners, you can learn Korean words. A Korean study has never been more accessible or more simple. 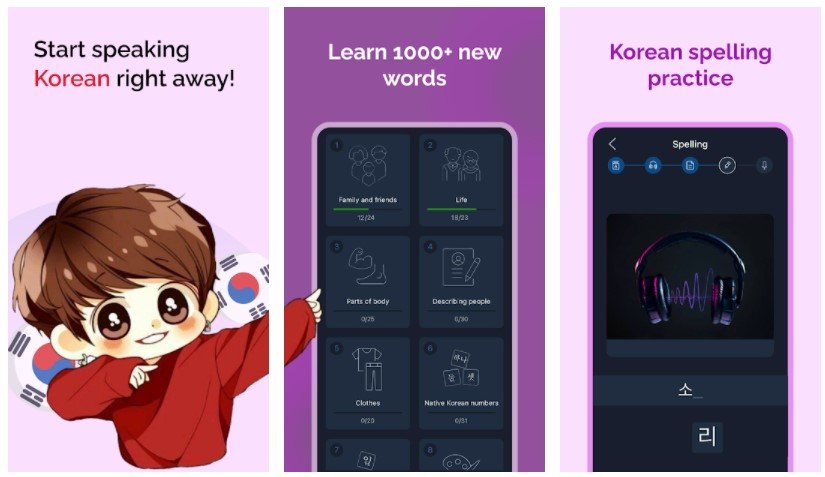 Because of South Korea’s robust economy, geopolitical importance, and growing presence in Asian pop culture, Korean is becoming an increasingly important language on the global stage. Most Korean-speaking people speak one of five major dialects, but the standard language is based on Seoul’s speech in South Korea. This app will be an excellent starting point for you to learn Korean.

You can choose from the essential Korean learning topics.

The location is accessible to the app, which can use it to estimate a network-based location. It also confirms that your network connection has sufficient bandwidth. It establishes relationships with Bluetooth devices, which necessitates authorization. It allows you to access Bluetooth settings. The app has unrestricted network access. The program controls vibration and prevents the smartphone from napping at startup.

Even though the app is free, some features require an in-app purchase.

Payments are made every month.