Meet Lumafield, the startup that developed CT Scanners with the purpose of improving consumer products

Lumafield exits stealth mode with $32.5 million in investment and early customers such as L'Oreal, OXO, and Trek Bicycle. 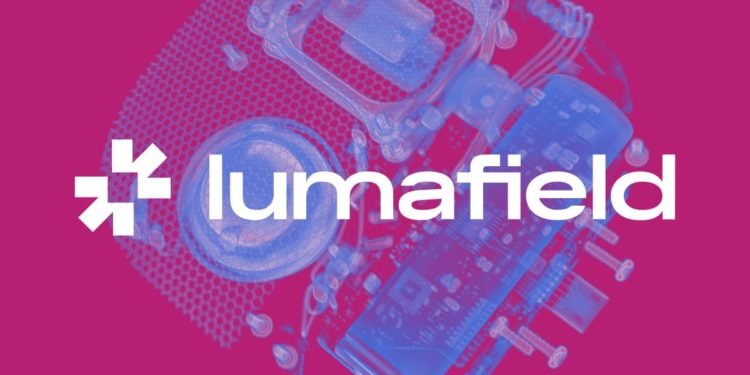 What if industrial designers could look inside a bicycle or a running shoe with the same accuracy as doctors can visualize their patients’ inside organs? That is the fundamental premise of Lumafield, a Cambridge, Massachusetts-based company that developed a new sort of CT scanner that enables engineers to peek into their goods to find leaky seals or construct more durable designs.

Lumafield is not the first business to provide computed tomography scanners for engineers and product designers to utilize. However, traditional industrial scanners from Zeiss and Nikon were sophisticated and expensive, costing upwards of $1 million, making them ideal for high-end applications such as aerospace. Lumafield’s Neptune scanner is offered for less than $3,000 a month. This enables consumer products businesses to use the scanning technology previously limited to cutting objects apart with a band saw and inspecting them under a microscope for quality faults.

A Formula One vehicle is incredible, but if he’s going to the grocery store, he doesn’t need one, according to Eduardo Torrealba, Lumafield’s co-founder, and CEO. They are attempting to make technology produced for the world’s most severe applications available to any engineer.

Lumafield’s devices build a comprehensive, multi-colored 3D reconstruction of an object’s exterior and interior details using a sequence of X-ray photographs. The generated digital models enable designers and engineers to view and quantify previously undetectable components of their products, such as foam density or minor misalignment issues.

Torrealba and his team have been developing the new technology in secret for two and a half years. Lumafield is coming from stealth today with $32.5 million in capital and a valuation in the hundreds of millions of dollars (Torrealba refused to be exact), with early clients including L’Oreal, OXO, Saucony, and Trek Bicycle. Torrealba, a 34-year-old Hispanic American, grew up in an Arlington, Texas, working-class home where his father had an air-conditioning repair business. He attended Baylor University in Waco on a full Gates Foundation Millennium Scholars Program scholarship.

College altered the course of my life, Torrealba explains. It allowed me to see and experience things he would not have seen or experienced otherwise.

He observed how some of his professors commercialized technology based on their research and enrolled at the University of Illinois Urbana-Champaign, intending to follow in their footsteps and become professors. He began conducting research and immediately discovered how much he despised it. He claims he was not cut out for a Ph.D. program. He genuinely wanted to create things that aided in resolving human issues. He attended a startup event and discovered that you don’t need a Ph.D. to start a business; anyone can do so.

He and a few buddies took on an issue that many students face: they were killing their houseplants. Their startup, Oso Technologies, successfully funded over $100,000 on Kickstarter in 2014 to fund the development of their Plant Link moisture sensor. However, Oso, like many businesses, suffered. Torrealba asserts that it was the wrong moment, the wrong team, and the flawed technology. Scotts Miracle-Gro purchased Oso in 2016 for an unknown sum. He didn’t profit from it, but he feels the lessons learned were tremendously significant.

Meanwhile, in 2014, he relocated to Boston to position as director of engineering at 3D printing business Formlabs. He met co-founder and CEO Maxim Lobovsky through a mutual acquaintance. For four years, it was a rocket ship. He claims he learned what it takes to produce successful goods.

By 2019, he has developed his 3D scanning technology concept. When an object is placed within its scanner, which is essentially a big box weighing 3,000 pounds and standing six feet tall, X-rays collect hundreds or perhaps thousands of photos in several dimensions while the object spins. Engineers may then peep into the rebuilt 3D model using Lumafield’s software, where colors correlate to material densities and photos offer precise information about porosity and voids.

This is the most challenging project he believes he can work on and make a difference with, Torrealba adds. If you’re not going to make a difference as an entrepreneur, you’re better off joining a significant corporation.

Its early clients were other startups in the Boston area, including Desktop Metal, a 3D printing company, and Whoop, a wearables business. The firm began by performing scans for clients rather than selling scanners. Torrealba explains that it was critical to remain undetected while obtaining funding from investors such as DCVC, Kleiner Perkins, and Lux Capital to avoid distractions while constructing the technology and signing up hundreds of users.

They stated, ‘They’re going to make this as cheaply as possible, sell it to as many engineers as possible, and fundamentally alter the way people think about this technology,’ Torrealba explains. That is a significant hazardous wager. Additionally, it is challenging.

Lumafield reduced costs by reengineering how CT scanners are manufactured, eliminating hardware costs, and shifting to the cloud. Its scanners do not function as well as more costly models; for example, they have a resolution of 25 microns rather than 9 microns, which is sufficient for most items but not for an aircraft’s turbine engine.

Today, its customers in the consumer products industry utilize our scans for inspection, quality control, and product development. For example, cosmetics behemoth L’Oreal noticed that a bottle and cap were leaking while passing typical inspection methods. It identified a slight 100-micron depression inside the bottle’s neck through scanning. (A human hair measures roughly 70 microns in diameter.) Another time, after changing suppliers on one of its caps, it discovered microscopic air pockets that might have contributed to their failure. “A minute flaw in an injection molding process might differ between delivering millions of units and scrapping millions of units,” Torrealba explains.

Trek Bicycle utilizes the scanner to understand better what happens to their bicycles’ frames following an accident or a rock impact to create a more durable product. Meanwhile, Saucony can see into its Endorphin Pro running shoes to inspect the minutiae of the sole’s beaded foam. Is the dispersion of beads precise? Is there any evidence of shoe assembly drift? Are there any tiny voids or gaps?

It has allowed them to minimize sample costs by eliminating the need to tear shoes apart physically,” Luca Ciccone, Saucony’s director of product engineering, explains. This is what he has desired for the last two decades. For instance, while running shoes are technically sophisticated, they sell for a few hundred dollars, making industrial scanners prohibitively pricey.

This is a field dominated by a small number of organizations that focus only on the top 1% of clients. Their technology is in the hands of Boeing, Rolls-Royce, and Stryker, but not Trek Bicycle or L’Oreal, Torrealba explains.