Meta has opted not to sell the initial edition of its full-fledged AR glasses, codenamed Orion, and will instead give them to developers so they can create software for the device and future iterations. 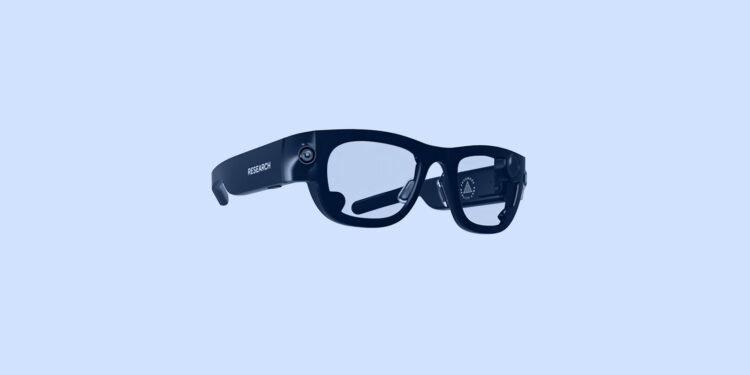 According to a source familiar with the situation, Meta has opted not to sell the initial edition of its full-fledged AR glasses, codenamed Orion, and will instead give them to developers so they can create software for the device and future iterations. In addition, the business is abandoning plans to offer a smartwatch with a detachable display and two cameras in favor of a design that would be more suited to controlling a later version of the glasses.

The first version of the AR glasses, which have been in development for three years, was always intended for developers and early adopters, but management hadn’t decided whether to sell them to the general public until now, according to the source. This week, employees in Meta’s Reality Labs section, which develops VR and AR devices, were told of the decision. The revelation was initially published by The Information on Thursday.

Meta is working on three different versions of standalone AR glasses, which will be released over the next few years. The decision to not sell version one was made because the device costs thousands of dollars to manufacture, and officials believe that some specifications, such as display brightness, aren’t consumer-ready. Snap, which is likewise not selling its AR Spectacles spectacles to consumers, is taking a similar strategy by gifting them to software developers instead of selling them.

The Artemis version of the glasses, which has a less bulky form and more advanced display technology, is still on track for a consumer release at a greater production volume. Meta also wants to introduce an entry-level, less expensive version of AR glasses, dubbed Hypernova, that will pair with a nearby phone and display incoming texts and other notifications on a smaller heads-up display as soon as next year.

In addition to not selling its first set of standalone AR glasses, Meta decided this week to scrap its planned smartwatch with two cameras, owing to the removable display design making EMG technology for controlling the next AR glasses using brain impulses impossible to deploy. Meta sees having the first device with EMG technology as vital to controlling its intended suite of glasses, therefore the company has shifted its efforts to a design that better supports EMG on the wrist. Bloomberg was the first to report on the relocation, which included images of the canned device.

A Meta representative declined to comment on this article, except to remark that the business is “going to deploy wrist wearables and AR glasses that introduce wholly new tech” to the public, as CTO Andrew Bosworth tweeted:

These adjustments, as well as Meta’s intention to promote its Portal video chat device portfolio to enterprises, come as the company rethinks its project spending in the wake of a steep stock decline. The company is still intending to release a high-end mixed reality headset, codenamed Cambria, later this year to compete with Apple’s planned device.

According to a new report from The Information, Meta is dialing back its aspirations for augmented reality (AR) glasses and turning its Portal smart display device away from the consumer market.

According to the story, the corporation had planned to release the first iteration of its AR glasses, codenamed Project Nazare, in 2024. However, Meta has informed staff that the AR glasses will no longer be commercially released due to efforts to reduce substantial investments in its Reality Labs and AR/VR division.

According to a source familiar with the situation, the business intends to utilize the first iteration of the AR glasses as a demonstration product rather than a commercial offering.

Meta has decided to make the release of the second generation of the AR glasses, codenamed Artemis, a top priority. These adjustments come as Meta struggles with sluggish sales growth, prompting the corporation to halt employment in some departments.

In the case of the Portal, Meta is said to be concentrating on reframing the device as a corporate tool rather than a consumer one. The corporation will no longer release “consumer-oriented” Portal devices, according to the article. Since its inception in 2018, the Portal has had a rocky path, as it has never truly achieved popularity in the smart display industry.

Because the two newest Portal devices are compatible with Zoom and Microsoft teams, Meta’s decision to sell the Portal as a business product matches with its recent efforts to promote the device as a tool for hybrid work.

According to the article, Meta is also canceling the initial iteration of its planned smartwatch with a camera, which was first reported by Bloomberg. The smartwatch was supposed to be released next year, according to reports.