Groww, an online trading platform based in Bengaluru, said Saturday that Microsoft Chairman and CEO Satya Nadella had joined the company as an investor and advisor. 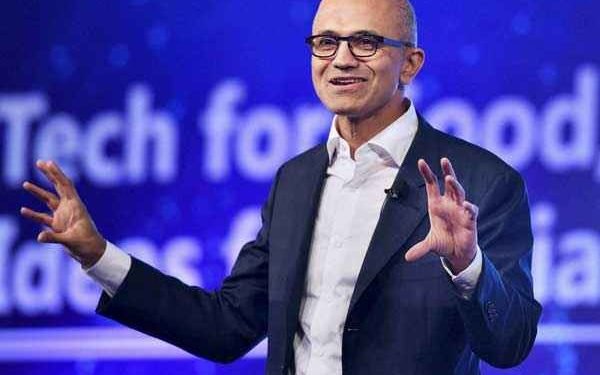 Groww, a Bengaluru-based online trading platform, said Saturday that Microsoft Corporation Chairman and CEO Satya Nadella had joined the firm as an investor and advisor. Groww co-founder and CEO Lalit Keshre stated on Twitter that Groww had secured an investor and advisor in one of the world’s best CEOs. They were adding that he is overjoyed to have Satya Nadella join them to increase access to financial services in India.

The startup has not yet announced the financial terms of the transaction. Groww raised $251 million (about Rs 1,885 crore) in October 2021 in a fundraising round headed by Iconiq Growth, with a valuation of $3 billion. Alkeon, Lone Pine Capital, and Steadfast participated in the Series E round. Existing investors Sequoia Capital, Ribbit Capital, YC Continuity, Tiger Global, and Propel Venture Partners participated in the round.

According to its official statement, it will invest capital to make financial services more accessible and transparent for Indian citizens. Additionally, it intends to continue making substantial investments in financial education and awareness. In April of last year, the business raised $83 million in a Series D round, valuing it at more than $1 billion and bringing it into India’s unicorn club. 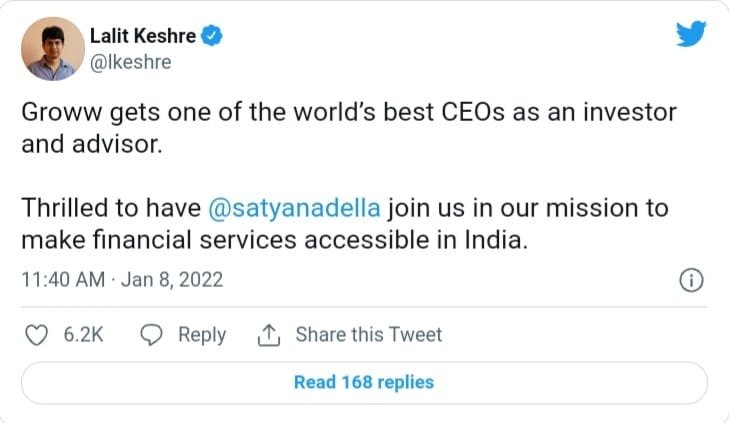 According to reports, the business is expanding the asset classes available to its users. Groww competes with companies such as Zerodha, Upstox, and Paytm Money. Upstox reached a billion-dollar valuation in November following a $25 million investment from Tiger Global.

Satya Narayana Nadella is an Indian-born corporate executive in the United States. He is the executive chairman and chief executive officer of Microsoft, following Steve Ballmer as CEO in 2014 and John W. Thompson as chairman in 2021. Before he was appointed CEO, he served as executive vice president of Microsoft’s cloud and enterprise group, where he oversaw the development and operation of the company’s computing platforms.

Nadella was born into a Telugu-speaking Hindu household in Hyderabad, present-day Telangana, India. Prabhavati was a Sanskrit lecturer, while Bukkapuram Nadella Yugandhar was a 1962 batch Indian Administrative Service officer.

Nadella attended the Hyderabad Public School in Begumpet before earning a bachelor’s degree in electrical engineering from the Karnataka-based Manipal Institute of Technology in 1988. He then moved to the United States to pursue a master’s degree in computer science at the University of Wisconsin–Milwaukee, which he graduated in 1990. Later that year, in 1997, he earned an MBA from the University of Chicago Booth School of Business.