Obama’s initiatives to combat misinformation are superior to the majority

According to Barack Obama, this new information ecology is enabling some of humanity's worst tendencies to flourish. 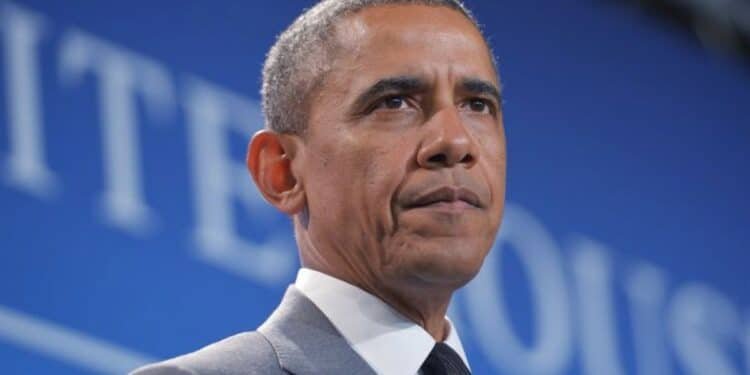 Former Presidents of the United States have many significant issues to address once they leave office. Jimmy Carter was an advocate for affordable housing. Bill Clinton devoted a large portion of his time to the battle against HIV and AIDS. Barack Obama, who has been out of government for six years, has maintained a relatively low profile throughout his post-presidential years. However, in recent weeks, he has increased his focus on a topic that aides say has grown increasingly important to him: misinformation and the more significant problems with our broken media environment.

In the months following President Donald Trump’s ouster, what had felt like an all-consuming focus on misinformation in the tech and political press began to recede. The shift is understandable: Trump had been the world’s most renowned misinformation propagandist. Once he lost access to the Oval Office and his Twitter account, dozens of bogus statements that the media would have ordinarily spent the whole day debunking vanished from the headlines.

Simultaneously, Trumpism — notably its erroneous assertion that the election was rigged in favor of Joe Biden — has remained a nasty, strong current in American society. More than a year after Biden’s inauguration, Republican legislators have effectively used the Big Lie as an excuse for removing voting rights. On occasion, this type of disinformation makes its way into the mainstream of the American news, like when a Michigan site characterized “the Republican Secretary of State aspirants planned to combat voting fraud” this week, normalizing the possibility of elections being stolen in other ways.

On the one hand, the deterioration of our information environment is evident:

On the other hand, as the writer noted in a piece yesterday, it’s easy to become fixated on the notion that information quality alone is the source of our issues. Another way of expressing it, as Matt Yglesias put it this week at Slow Boring, is that misinformation is all too readily deployed as a scapegoat by Democrats wanting to obscure some somewhat unappealing political issues. Yglesias refers to it as a “self-exculpatory deal” and fears that it will result in an electoral dead end. 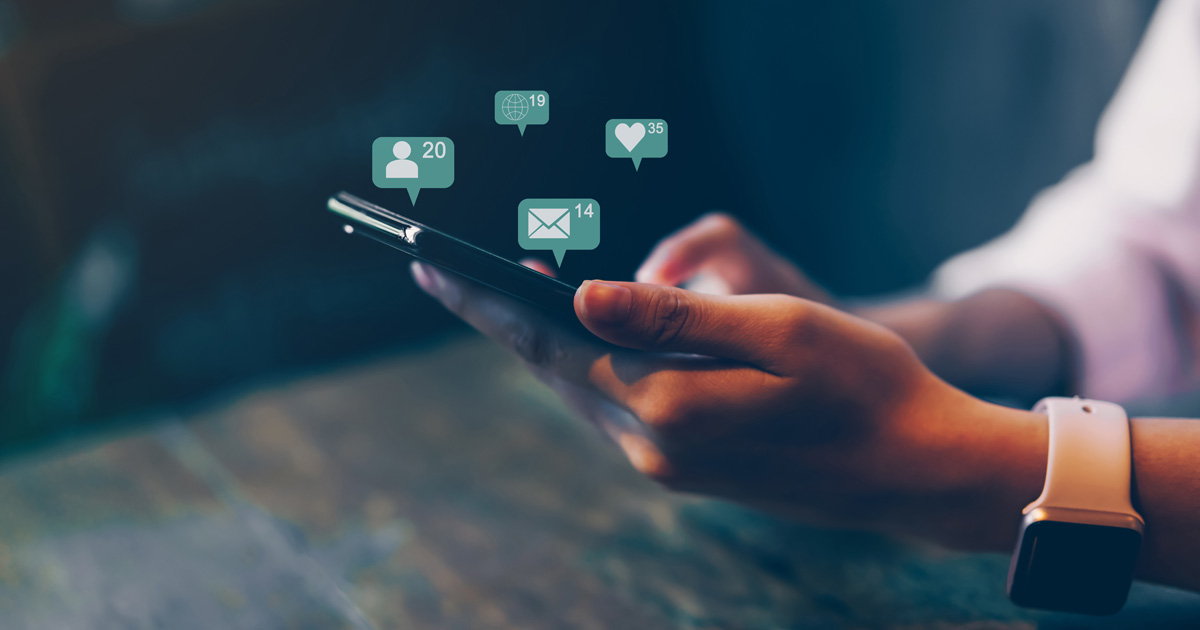 The writer got two opportunities in the last two weeks to observe Obama make his argument for the critical nature of tackling misinformation. Obama stated during that chat that he was startled at how weak American institutions are to individuals seeking to flood the airwaves with misinformation. And he is concerned that these lies are a threat to democracy’s very existence.

It is pretty difficult for them to escape the reality that has been established for them, he said to Goldberg. And that is part of why the stakes are so high on this subject because the writer can’t see how they can win the contest of ideas if they cannot agree on a standard set of facts that enables the marketplace of ideas to function.

When a politician enters this area, he must ready himself for the inch-deep reflections and half-baked solutions that almost invariably ensue. However, Obama has done his homework – his speech today exhibited an outstanding grasp of the scale and gravity of the internet challenges while also acknowledging the limitations of a strategy focused exclusively on eradicating disinformation to heal our democracy.

Notably, he began his assessment by extolling the virtues and promise of the free and open internet – a concept that appears to have lost popularity with both Democrats and Republicans. And he recognized that social media platforms aided in his ascension.

He may not have been elected president if not for platforms like MySpace, Meetup, and Facebook — which enabled an army of young volunteers to organize, collect money, and propagate our message, he explained. And in the years after, we’ve all seen activists utilize social media to voice their opposition, shed light on injustice, and mobilize people around climate change and racial justice.

The issue according to Obama

The issue, he explained, is that this new information ecology is enabling some of humanity’s worst tendencies to flourish. He stated that part of this is deliberate, and some are not. However, it eventually demands a societal reaction. Otherwise, he argued, America risks resembling modern-day Russia, in which an authoritarian seizes power, restricts information flows, and progressively undermines our democracy.

Obama noted that societal differences precede social media platforms like Facebook and Twitter. And attempts to limit communication frequently violate the First Amendment, which he reaffirmed his staunch support. However, he stated that something must be done, citing probably the most sobering figure in the entire COVID-19 pandemic: around 1 in 5 Americans refuse to get vaccinated out of a misguided assumption that it would cause them damage. He stated that people are dying as a result of disinformation.

This is partly due to the way platforms are structured to foster controversy and anger, he explained. This is partly because they paid little attention to the quality of the information moving the furthest and fastest. And in part, this is because legislators have failed to enact actual rules.

So what are we to do? As is the case with most of those who walk into these waters, Obama has the most difficulty here. Not because his ideas are horrible — they are far superior to the majority of what I’ve seen Congress propose — but because they are so narrow. It is feasible to envision the president implementing all of his most pragmatic recommendations and yet wonder how they would halt the worldwide slide toward authoritarianism.

Nonetheless, he offers numerous commendable ideas. Platforms should provide more insight into their algorithmic recommendation systems so that we understand who benefits (and who does not). (If a meatpacking business has a patented process for keeping our hot dogs fresh and sanitary, he explained that they are not required to disclose it to the public. “However, they are required to inform the meat inspector.”)

He said they should include “circuit breakers” that delay the spread of viral content to allow for fact-checking. They should make their systems available to academics to facilitate more relevant studies. They ought to support nonprofit newsrooms. Additionally, Obama asserts that we should control technology platforms. He briefly discussed the possibility of reforming Section 230, which generally shields computer companies from legal accountability for what their users say online.

Obama also urged platform employees to lobby for similar reforms and resign if they were not implemented. He added that these businesses must have a purpose beyond profit maximization and strengthening partisanship. They contributed to creating and advocating for something more significant to address an issue. To the staff of these firms, you have the authority to influence events. You may be a change agent. You may participate in this redesign or vote with your feet and seek employment with organizations attempting to do the right thing.

As a collection of issues, the author continues to be concerned that misinformation is a byproduct of some sad electoral realities. Suppose Republicans do not need to gain a majority of voters via argument or compromise but can simply brute-force their way into government by reducing voting rights. Why would Steve Bannon and his ilk ever soften the false assertions that facilitate that process? How can platforms and media outlets successfully respond to a party that rejects the legitimacy of free and fair elections?

When authority is unaccountable, power is misused. The author is unsure how they will resolve this at the platform level. However, platforms have the potential to improve our information environment significantly. They might accomplish this by especially supporting nonprofit or public media organizations. They might utilize the COVID reaction as a blueprint for promoting high-quality information sources and demoting hyperpartisan sites everywhere they present news. They might reduce the pace of viral posts to allow the truth to catch up.

They have the potential to put a stop to trendy subjects. They have the potential to foster valuable contacts and community building across political parties. They might establish public-private partnerships to distribute information regarding state-level actors undertaking information operations in the United States. Or they might mostly disregard these dangers in favor of focusing on shorter-term objectives: the following product milestone, the next set of quarterly profits.

If they do, they will do well to recall what happened to internet platforms in Russia once autocracy was established: they vanished one by one, like lights winking out during a rolling blackout. Delivering a speech is one thing; following through on these ideas is quite another. Both parties and Congress have been staunchly opposed to significant reform for years, and it’s unclear what levers Obama would have to pull even if he were still president.

Nonetheless, as we approach the midterm elections, the deliberate use of falsehoods and hoaxes to justify capturing power warrants a closer examination. Obama is very aware of the stakes. If there was ever a time for change worth believing in, it is now.