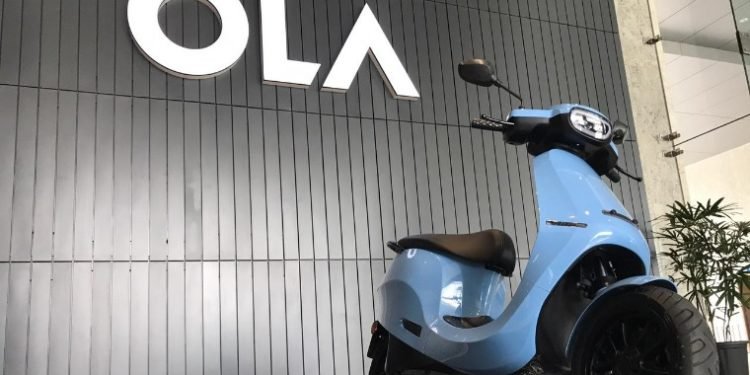 Ola Electric has announced a $500 million investment in the establishment of a Battery Innovation Centre in Bengaluru. The facility, which the company claims is Asia’s largest cell R&D facility, will open next month.

The facility will feature modern labs as well as 165 pieces of laboratory equipment needed for battery research. According to The Economic Times, it would hire 500 PhDs and engineers, with help from an additional 1,000 researchers in India and other worldwide hubs. Ola’s investment announcement comes only days after the company revealed the NMC 2170, an indigenously made lithium-ion cell. The cell will be mass-produced by the company’s Chennai-based facility starting next year.

In India, EV adoption is accelerating, spurring innovative solutions. As Ola Electric announced today, July 18th, 2022, a $500 million investment for the establishment of its state-of-the-art Battery Innovation Centre (BIC) in Bengaluru, BIC would recruit top global talent, including 500 PhDs and engineers, who will be supported by an additional 1000 researchers in India and multiple other global centres.

Ola’s BIC in Bangaluru will serve as the foundation for core cell tech development and battery innovation in India for the rest of the world. BIC will contain modern labs and high-tech equipment for battery innovation, assisting India on its path to becoming a worldwide EV powerhouse.

The case for urgent electrification of consumer transportation in India cannot be overstated. The transportation sector accounts for approximately 17% of global greenhouse gas emissions, and increasing supply and demand for electric-vehicle (EV) adoption in the mass market will be critical for countries like India to meet national emissions goals as well as PM Modi’s global 1.5-degree climate change target.

The Indian EV industry is on course for massive development, with major prospects for considerable value creation available throughout the entire chain. Because of advancements during the last three years, India is on the verge of a new era of electric mobility. With a fresh feeling of urgency, an Indian regulator has set significantly more stringent targets for reducing greenhouse gas emissions from automobiles and light vehicles. Automakers have also stepped up their game, introducing electric vehicle (EV) alternatives across the board. Together, these dynamics are accelerating the Indian EV industry.

These discoveries will have a significant influence on EV sales. Pure battery electric cars (BEVs) are expected to be the most common form of light vehicle sold globally in 2028, according to a study. It also provides more optimism for the planet’s health. The European Union’s statement that new ICE car sales would be prohibited beginning in 2035 is a major changer for the global automobile sector. It puts the EU on track to meet its 2050 transportation emission reduction objectives.

While India still has work to do to meet its climate goals, it is in a better position because companies such as Ola Electric have recently been allocated 20GWh capacity under the ACC PLI scheme by the Government for developing advanced cells in India and are setting up a cell manufacturing facility with an initial capacity of up to 20 GWh, localising the most critical part of the EV value chain.

However, there is a sting in the tail of this optimistic forecast. As customer demand grows in the country, automakers will need to discover strategies to handle supply chain issues in order to compete in this market. They will need to adopt a more creative approach, work more closely with other companies, and create an efficient ecosystem.

Ola Electric was founded in 2017 as a wholly-owned subsidiary of ANI Technologies, which also owns Ola Cabs. A pilot programme was initiated in Nagpur in May 2017 by putting up charging stations around the city and buying electric taxis, e-buses, and e-rickshaws from OEM partners in order to minimise emissions and fuel reliance of Ola’s cabs and convert to mass electric mobility. It said in April 2018 that it plans to have 1 million electrified vehicles in its cab service by 2022.

Ola Electric raised US$56 million in February 2019 from Tiger Global and Matrix India. On May 6, 2019, the firm announced that Ratan Tata has invested an unknown sum in Ola Electric as part of its Series A round of fundraising. It received $250 million in Series B investment from SoftBank in July 2019, at a valuation of more than $1 billion.

In May 2020, Ola Electric announced the acquisition of Amsterdam-based electric scooter maker Etergo and the introduction of its own brand of electric scooters in India by 2021.

After signing an agreement with the Government of Tamil Nadu in December 2020, the firm revealed its plan to establish an electric scooter manufacturing unit (dubbed the Futurefactory) in Tamil Nadu at a cost of 2,400 crore (US$300 million). In January 2021, it purchased a 500-acre plot of land in Pochampalli, Krishnagiri District, and development on the factory began in late February.

In the first month of availability, Ola Electric got 500,000 scooter bookings.

Ola Electric began delivery of its S1 and S1 Pro models in December 2021, with 100 scooters delivered in Bengaluru and Chennai, while several promised capabilities were not activated in the initial deliveries.

Ola announced a multimillion-dollar strategic investment in Israel-based battery technologies business StoreDot in late March 2022 to incorporate and produce its XFC (extreme fast charging) battery solutions for future vehicles in India. Following a fire incident in their product on March 26th in Pune, the business recalled a batch of 1441 scooters in April. The corporation claims it is a precautionary action and that it will aid in further investigation.

Ola Electric previewed its first electric car, which is now in development and is expected to be released in 2023, on June 20, 2022. Bhavish Aggarwal, CEO of the company, stated that further information will be released on August 15, this year.