One AI provides a series of models that can be combined in a pipeline to process text with just one API call. 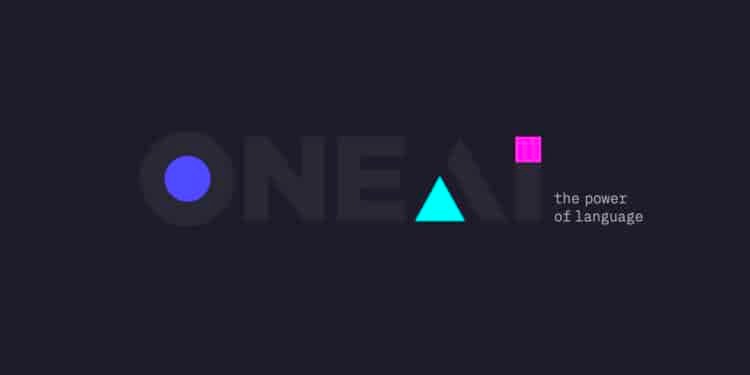 Businesses are increasing their investments in natural language processing (NLP) technologies, whether to power translation or document summarization. According to a survey conducted by John Snow Labs and Gradient Flow in 2021, 60 percent of tech executives claimed their NLP budgets increased by at least 10% from 2020, with a third saying spending increased by more than 30%.

It’s a market that’s incredibly competitive. There’s a new crop of vendors offering NLP services on top of open-source AI models, including well-funded startups like OpenAI, Cohere, AI21 Labs, and Hugging Face, as well as IT heavyweights like Google, Microsoft, and Amazon. Yochai Levi, on the other hand, remains undeterred. He’s a co-founder of One AI, an NLP platform that raised $8 million from Ariel Maislos, Tech Aviv, Sentinel One CEO Tomer Wiengarten, and other undisclosed venture companies and angel investors today.

“Advanced NLP is still employed mostly by specialist researchers, large tech, and governments, despite the market’s rapid growth,” Levi explained in an email. “We believe the technology is nearing maturity, and after constructing NLP from the ground up numerous times, we thought it was time to productize it and make it available to all developers.”

Levi outlines what he sees as the primary roadblocks to NLP progress. He claims that curating open-source models is tough since they must be matched to the correct domain and job. A text-generating model that has been trained to classify medical records, for example, might be a terrible fit for an app that creates adverts. Furthermore, models must be retrained with new data on a regular basis to avoid becoming “stale.” Because it was trained on data from before the 2020 election, OpenAI’s GPT-3 responds to the query “Who is the president of the United States?” with the answer “Donald Trump.”

Levi feels the solution is One AI’s platform, which is a collection of NLP models that have been trained for specific commercial use cases. In 2021, he formed a partnership with CEO Amit Ben, CPO Aviv Dror, and CSO Asi Sheffer to develop the project. Ben previously worked at LogMeIn as the head of AI after the business bought his second startup, Nanorep, which specialized in AI and chatbots. Dror was a platform product manager at Wix and helped co-found Nanorep. Sheffer was the principal data scientist at LogMeIn after working as a data scientist at Nanorep. Levi previously worked at LivePerson as the VP of internet marketing and WeWork as the head of marketing.

One AI provides a series of models that can be combined in a pipeline to process text with just one API call. According to Levi, each model is chosen and trained for its corporate applicability before being automatically matched to a customer’s task and domain by the platform (e.g., conversation summarization, sales insights, topic detection, and proofreading). To expand One AI’s capabilities, its models can be integrated with open source and proprietary models.

Text, voice, and video inputs in various formats are accepted by the platform’s API. Users can play with the APIs and build calls to utilise in code using One AI’s language studio.

“Now that Language AI technologies have matured, it’s finally time for robots to start adapting to us,” Ben said. “The way to get there is for the larger developer community to adopt language understanding technologies.”

One AI offers many tiers for its NLP service, including a free tier that allows users to process up to one million words each month. The $1 “growing tier” adds 100,000 words to your account.

One AI’s biggest challenge will be persuading clients that its services are better than what’s already available. Tens of thousands of developers were utilising GPT-3 via its API to produce words for over 300 apps, according to OpenAI in April. However, with Fortune Business Insights estimating the NLP market to be worth $16.53 billion by 2020, it might be argued that there is plenty room for entrants.

“Language is the most valuable untapped resource, outside the reach of most products and companies,” TehAviv founder and managing partner Yaron Samid added. This is true in almost every industry and domain, and it has negative consequences ranging from lost revenue to decreased levels of user engagement and loyalty to reputation damage. Unleashing Language AI enables us to tap into the power of unstructured data and transform it into actionable information and insights.”

One AI claims it would use a portion of the seed round funds to expand its 22-person team, which includes 10 NLP data scientists.

Developing a Mobile Banking App in 2022: Challenges and Steps