Ready Player Me has closed a funding round, and aims to provide its users with a fully customizable avatar that will endure across the metaverse. 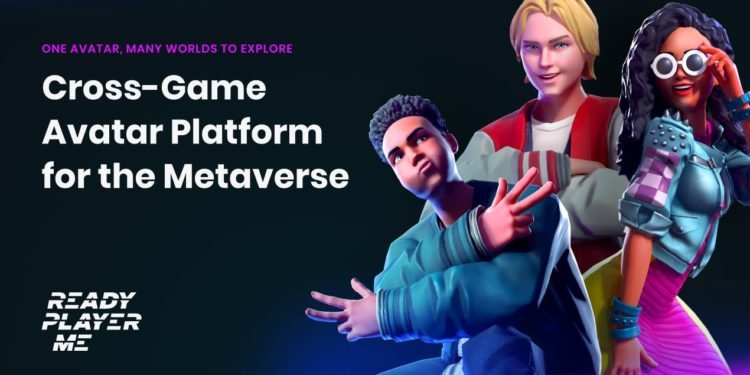 Wolf3D announced that it had completed a fundraising round for their metaverse avatar platform, Ready Player Me. It raised $13 million in a band headed by Taavet+Sten, a firm founded by the cofounders of Wise and Teleport. Konvoy Ventures, NordicNinja, and Tom Preston-Werner, co-founder of Github, participated in the fundraising.

The purpose of Ready Player Me is to provide users with a customizable avatar that will persist across the metaverse. Players can create their avatars from photographs or scratch and then use them across more than 900 apps and games. The startup intends to use the funding to establish itself as the metaverse’s default avatar system.

According to Ready Player Me CEO Timmu Toke, 2021 has been a breakthrough year for the company, with our avatar platform adoption increasing from 25 to 900 enterprises. We can improve the metaverse’s connectivity by providing users with avatars capable of traveling across virtual worlds. The metaverse is not a precise location or platform; it is a network of thousands of interconnected experiences.

The platform will use the investment to expand our partner network and develop monetization solutions to assist developers in earning money from avatar modification assets and NFTs. Our objective is to become the metaverse’s default system. The inclusion of NFT wearables and virtual fashion for avatars is one of the company’s upcoming goals. Previously, the brand collaborated with Dior and New Balance, and most recently, with Deadmau5 on the “Head5” NFT collection. Wolf3D released its Ready Player Me cross-game avatars for the metaverse earlier this July, a universe of interconnected virtual worlds ala Snow Crash and Ready Player One. Players can build bespoke avatars that they may use across video games, virtual reality experiences, and other apps with a single virtual identity.

According to co-founder Timmu Toke, Wolf3D’s technology enables users to navigate between video games, virtual reality experiences, and other apps with a single virtual identity. Tke stated that they are attempting to develop a cross-game service that will enable many virtual worlds.

And that they notice an increasing number of people spending time in virtual worlds. The metaverse surrounds them. However, most of it does not occur in a single environment or application. Individuals visit a network of numerous distinct worlds for business, recreation, and collaboration. And it is illogical for the end-user to develop a separate avatar identity for each of those encounters. Having a single portable entity that traverses several games, apps, and experiences makes sense.

Tke sees the avatar hub as the gateway to the metaverse, which the company believes will eventually enable a diverse range of applications across gaming, virtual reality, and beyond. Too far, the company has cooperated with several significant game and app developers, including Tencent, Verizon, and HTC.

Ready Player Me provides plug-and-play tools that make it simple to integrate its avatar system with any virtual world or game engine. Instead of creating a new avatar for each new app or game, users may check in with Ready Player Me and move through the metaverse with a uniform 3D avatar. Because the avatars are lifelike, you can customize them to look like you. However, they have an animated 3D cartoon style.