The Remato-developed software allows field contractors to quickly plan and manage budgets, personnel, supplies, and equipment in a single app that acts as a single source of truth. 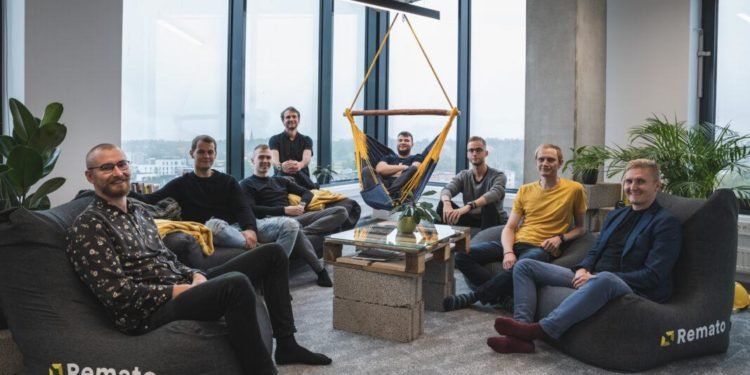 Remato, an Estonian digital firm that promises to make frontline construction management more smooth, has announced a funding round. Passion Capital, located in London, led the €1.4 million seed financing round.

Pipedrive’s founders and early team members are among the other investors in the round, as are venture firms Superangel, Lemonade Stand, Spring Capital, and Kaamos Group, a long-standing property developer and general contractor in the region. Remato’s total funding now stands at about €2.1 million.

Passion Capital Partner Eileen Burbidge stated, “We’re really thrilled to be collaborating with Remato.” Their current traction clearly confirms the necessity for digital user experiences and platforms for the huge construction industry, which accounts for 10% of the global economy. We are excited to support the team’s objectives throughout the United Kingdom, the rest of Europe, and North America.”

The firm, which was founded in 2018, is facilitating the construction industry’s shift from analog to digital. What publicly traded Procore (NYSE: PCOR) is for major general contractors, Remato is for subcontractor SMBs, which are responsible for 95 percent of on-site work and account for 80 percent of the worldwide construction market. The Remato-developed software allows field contractors to quickly plan and manage budgets, personnel, supplies, and equipment in a single app that acts as a single source of truth. The program improves situational awareness by allowing offices, field teams, and client reps to collaborate in real-time.

In Europe and the Americas, there are millions of construction SMBs, all of which confront similar difficulties in terms of performance, administration, and timelines. The majority of them are still under-digitized or use fragmented software for specialized activities. This represents a massive potential improvement in productivity for the industry, estimated at approximately €1.3 trillion, with the opportunity for thousands of construction tech unicorns to drive the shift.

Remato, created by a team with worldwide IT experience from businesses such as Booking.com, Wise, and Glia, is expanding rapidly at a rate of 10-15% month on month. With a mobile-first user experience that focuses on the simplicity of use, the Remato platform is attracting the worldwide construction sector.

Madis Lehtmets, co-founder and CEO, stated, “The construction sector requires simplicity and modern design to gain widespread acceptance of software.” We feel that user experience should be prioritized because frontline adoption is dependent on it. It facilitates the transition of a historically low-tech business to a completely digital one.”

Remato now serves hundreds of businesses throughout the Nordics and Baltics. This fresh funding round has accelerated the company’s ambitions to enter the enormous UK construction sector, which employs 2.7 million people. Remato is on track to achieve 2-3 times growth by the end of the year, thanks to the addition of a UK-based industry growth manager, Simon Gibbons, as an adviser. The founding team envisions a marketplace for its clients to collaborate, bid on, and lease labor, materials, and equipment as the platform expands.

As a techie, he instantly began creating the first lines of code (May 2018), and he invited his boyhood buddy Toomas to help him market what he is building. After converting their first clients, they joined forces with other co-founders Siim Puskai and Madis Lehtmets to digitalize the construction sector.

Learning platform, Eruditus valued at $3.2 billion with a $650 million fundraise